BOULDER, Colo. (Tribune News Service) — The University of Colorado will partner with the Space Force in a new program aimed at developing a workforce, talent pipeline and research related to space.

CU’s membership in the Space Force University Partnership Program is agreed to in principle with some details yet to be finalized, Gen. David Thompson said Thursday after touring CU Boulder’s aerospace building. Thompson is the vice chief of space operations for the Space Force.

The new program will create partnerships between the Space Force and approximately 10 universities across the country, Thompson said. Space Force leaders have been reaching out to universities about the program over the past year.

Thompson did not name all of the participating universities but said the list is similar to the universities with the top aerospace programs in the country and includes North Carolina A&T State University.

“This idea just seemed to develop and coalesce and it makes so much sense for us,” Thompson said. “First is the challenge we face, the recognition that there’s a next level of expertise and understanding and expectation of what these Space Force members have to bring to be able to operate successfully in an incredibly complex physical and technical domain.”

The approach of the Air Force, the Space Force’s sister branch, to training and educating its servicemembers has been broadly applied and worked well for a long time, Thompson said.

“But when you say a new service, a new challenge in this domain, we need to adapt our approach to education, training and workforce development to meet our needs,” Thompson said.

The foundation of training uniformed military members, including through ROTC programs, will remain. But a much heavier lift will be needed to develop the Space Force civilian workforce, Thompson said.

“It is really a change in the way we do business. We’ve had the opportunity in the Space Force to say, ‘Brand new service, brand new century, brand new challenges, what do we need to do differently?’”

This is a new way of thinking about workforce development for the Air Force, Thompson said. Walking through CU Boulder’s aerospace classrooms and labs, Thompson said he was struck by how the service has not heavily emphasized science, technical knowledge and analytical experience.

“It’s not that we don’t value it, it’s not that we don’t want it, but in many cases in the past we haven’t required it,” he said. Instead, the service has relied on universities, firms and research and development corporations to provide that deep expertise, rather than its own workforce.

This change could also have ripple effects beyond the Space Force, Thompson said. The increase in trained aerospace professionals could have positive impacts at NASA and the commercial sector.

“We hope to leverage that to recruit in areas of the nation, geographically and culturally, that we haven’t in the past,” he said.

The benefits for CU Boulder include research and building a bigger capacity for aerospace and related programs, said Professor Iain Boyd, director of the Center for National Security Initiatives at CU Boulder.

“What could be better than having this opportunity to have a formal collaboration with Space Force on both workforce development, the educational side and research?” Boyd said. “It couldn’t be any better for us. We’re really excited for it.”

The partnership program will also serve the Colorado Springs campus, said system President Mark Kennedy, with potential to expand to the Denver and Anschutz campuses.

The day-to-day impacts of the partnership are still being worked out, said Professor Brian Argrow, chair of the Smead Aerospace Engineering Sciences department. But it will strengthen the connections between the department and ROTC, the campus and Space Force, and students with potential employers.

“The more we can solidify the relationship between CU and the Space Force, the better,” Argrow said. 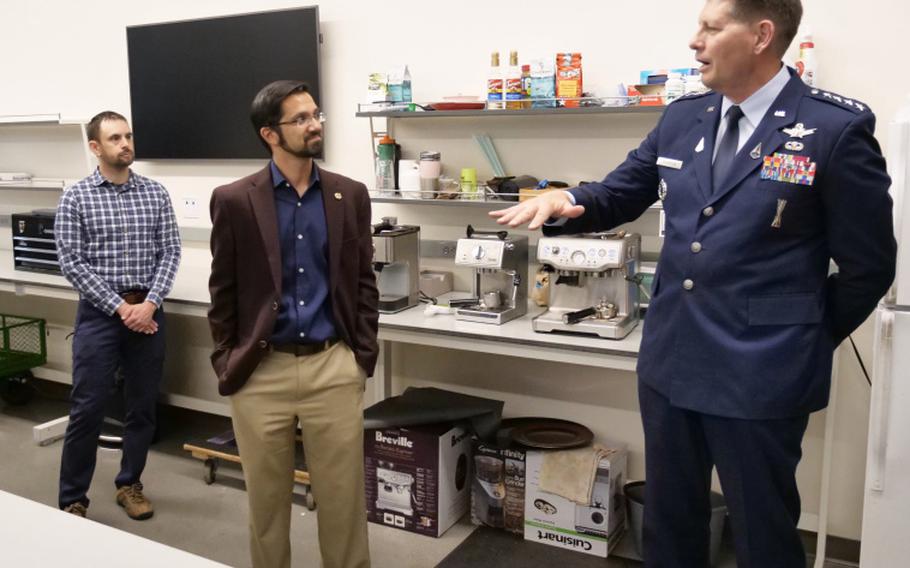