After comparison research and rating, the Air Force in January chose Redstone Arsenal in Huntsville as the permanent home of the command now based in Colorado. That decision is under Pentagon review after protests from Colorado’s congressional delegation.

Stable communications, global positioning and navigation will all be concerns of America’s Space Command and Space Force, according to research scientist Dr. Gary Zank, a member of the National Academy of Sciences and director of the University of Alabama in Huntsville Center for Space Plasma and Aeronomic Research (CSPAR).

Disruptions to communications or navigation devices can come from the Earth’s magnetosphere or the rapid intensification of highly energetic particles that can destroy satellite components, Zank said. For the Space Command’s missions, “an understanding and predictive capability for the complex solar-geospace coupling is critical,” Zank said.

UAH research scientist Dr. Nikolai Pogorelov is developing new models of the solar atmosphere and inner heliosphere in a $3.2 million federally funded research project. Using models based on earlier research, the National Oceanic and Atmospheric Administration forecasts the solar wind - the flow of charged particles from the Sun spread throughout the solar system - and the arrival time of large waves of that material when coronal mass ejections occur on the sun’s surface. The National Science Foundation and NASA funded Pogorelov’s team to develop new software models for space weather predictions.

“Fifteen years ago, we didn’t know that much about the interstellar medium or solar wind properties. We have so many observations available today, which allow us to validate our codes and make them much more reliable,” Pogorelov said.

The new models will be more accurate and scalable, Pogorelov said. In addition to improving space weather predictions on Earth, the models “will be based on observational data and shed light onto physical processes occurring on the Sun and in interplanetary space.”

Pogorelov’s work shows Huntsville has the scientific and technical expertise to support the command headquarters, Zank said. UAH researchers “are leading world-class research programs that are important to space weather and so would be critical to the Space Command’s mission,” Zank said. 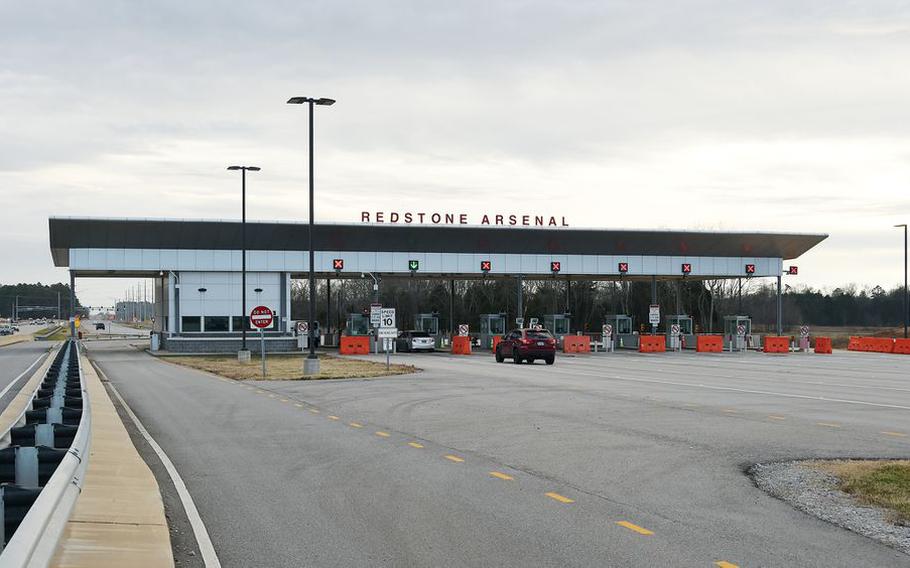 One of the gates to Redstone Arsenal. (Joe Songer | jsonger@al.com)