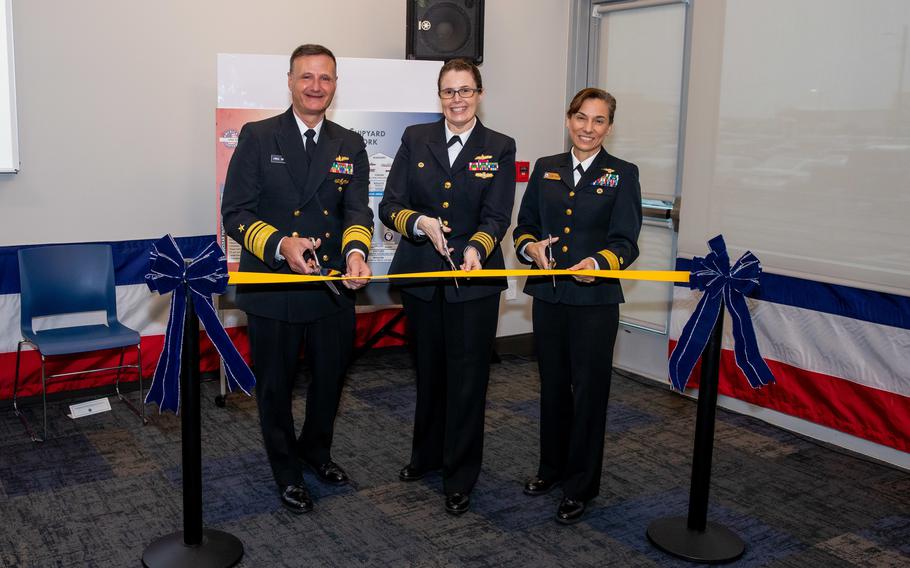 PORTSMOUTH, Va. (Tribune News Service) — One of the Navy’s four public shipyards has completed a major new training facility for its thousands of workers.

Norfolk Naval Shipyard recently opened a new $73.3 million, 157,000-square-foot training facility in Portsmouth as part of a shipyard modernization program. The four-story building means all the production training at the shipyard now happens in one location.

The new facility will allow the Navy to coordinate training as one team, shipyard commander Capt. Dianna Wolfson said in the announcement.

“From this very place, we will be providing training for ships that will be in service decades from now and training thousands upon thousands of shipyard employees who will develop and strengthen foundational skills for their entire careers,” Wolfson said.

The four-story building includes 34 academic classrooms and 26 mock-up areas, and will be used to train workers in quality assurance, operations, engineering and lifting and handling. It will also support training for Gerald R. Ford-class aircraft carriers and Virginia-class submarines.

The facility is part of a huge 20-year, $21 billion plan to modernize the Navy’s four public shipyards, including Norfolk Naval Shipyard and Portsmouth Naval Shipyard. Unveiled in 2018, the plan would upgrade aging dry-docks to continuing servicing ships and submarines. A 2022 study found that the cost to fully implement the plan has grown by at least $4 billion and is expected to increase more, according to the U.S. Government Accountability Office.

With roots tracing back to 1767, the shipyard employs around 6,000 military personnel and another 11,000 civilian workers.

“However, the team worked together seamlessly and always found a way to keep moving forward,” she said.