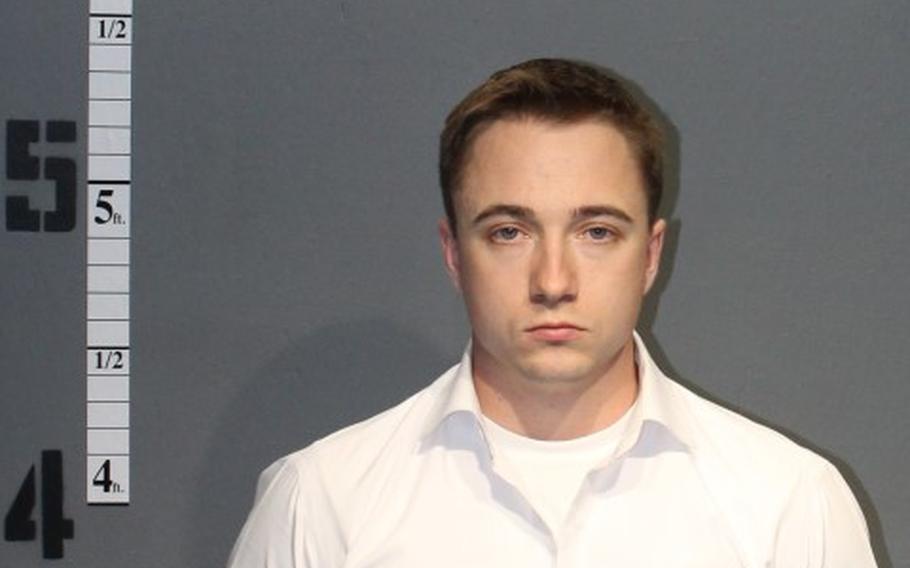 A Virginia-based sailor was convicted Friday by a federal jury on five counts of owning and selling unregistered machine guns online, after authorities found dozens of weapons, including antitank missile launchers in his home, according to the Justice Department.

Petty Officer 1st Class Patrick Tate Adamiak, a 28-year-old master at arms first class in the Navy, became the focus of a Bureau of Alcohol, Tobacco, Firearms and Explosives, or ATF, investigation about a year ago when an informant told agents that the sailor sold machine guns and altered other weapons making them easy to convert into machine guns, according to online court records.

When contacted by the informant, Adamiak gave his name and home address in Virginia Beach to receive payment through a money order for weapons and machine gun receivers.

With the informant’s help, agents continued to make several controlled purchases from Adamiak through March, spending thousands of dollars. The weapons sold to ATF investigators and the informant were considered illegal because Adamiak had not registered them in compliance with the National Firearms Act, according to the court documents.

Agents executed a search warrant of Adamiak’s home in April where they found 25 additional unregistered machine guns, two grenade launchers and two antitank missile launchers, according to the court documents.

Adamiak was found guilty by a jury of receiving, possessing and transferring unregistered machine guns, and possession of four destructive devices, the Justice Department said.

Adamiak, who is listed online as an inmate at Western Tidewater Regional Jail in Suffolk, Va., will be sentenced March 31. He faces a maximum sentence of 10 years in prison for each of the five counts of conviction.

Adamiak enlisted in the Navy in August 2012 and his permanent residence is listed as Pennsylvania, according to his official service record from the Navy. He was most recently assigned to the unit supporting the USS John F. Kennedy, a yet-to-be-commissioned aircraft carrier located in Newport News, Va., according to the service records.

As a master at arms, he served in the Navy’s law enforcement community, which provides physical security of ships and bases.