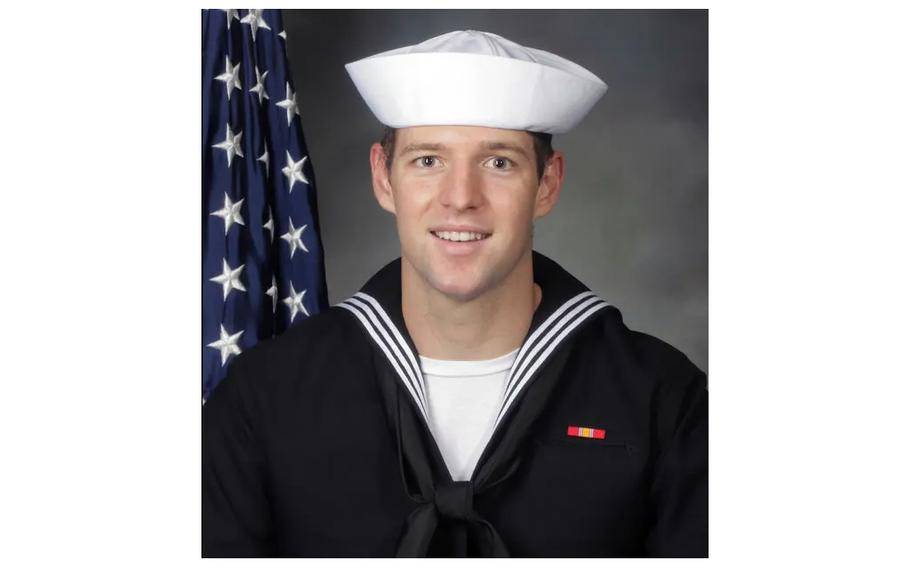 In February, 24-year-old Navy sailor Kyle Mullen abruptly died after completing the Navy SEAL selection process's Hell Week — one of the U.S. military's most grueling courses. On Wednesday, the Navy released details of an investigation into his death that found he was not to blame. The report also indicated that Mullen — who appeared to be seriously ill toward the end of the training process — did not receive critical medical care and that military leaders may have discouraged him from seeking it.

The Navy said Mullen died in the line of duty and "not due to his own misconduct" upon completing the six-day Hell Week. Investigators said he died of cardiac arrest, caused by pneumonia, with an enlarged heart being a contributing factor. They said there was no substantive link between his death and performance-enhancing drugs that were later found among his belongings.

The investigators' efforts were confined to determining whether Mullen died in the line of duty, instead of establishing blame or reviewing SEAL training more generally. But the 320-page report sheds some light on the level of medical care that is available to SEAL candidates during and immediately after Hell Week.

At least two senior officers at the Naval Special Warfare Center — Capt. Bradley Geary and Capt. Brian Drechsler — and "senior medical staff under their command" are facing administrative actions for Mullen's death, a Navy spokesman said. (Such actions may include an order to be counseled or separation from the military.) The Navy said it would implement a cardiac screening program, among other medical initiatives, to reduce the chances of a similar incident.

"Kyle's death will not be in vain," said Rear Adm. Keith Davids, the Naval Special Warfare Command chief. "We have a moral obligation to learn everything we can from Kyle's tragic death so that we can ensure the safety of all future candidates."

The lengthy report is being followed by a separate investigation into the SEAL selection process. Navy Secretary Carlos Del Toro told a House Armed Services Committee hearing this year that he would "take appropriate actions" upon the completion of the probes.

Hell Week, which takes place in the San Diego area, is a test of physical and psychological endurance that forces SEAL candidates to run, row and swim — among other demanding activities — in brutally cold conditions with under four hours of sleep throughout the entire period. Medical workers are on standby for emergencies. It is not uncommon for participants to suffer intense physical pain, vomit or be so fatigued that they fall asleep while eating, according to accounts by sailors who went through the process.

During Hell Week, Mullen displayed swelling, numbness, "tingling below the knee" and shortness of breath, witnesses told investigators. Fellow candidates reported that he spat out "weird fluids" at one point and that on at least one occasion, an unnamed instructor stopped Mullen from seeing the medical staff, a witness told investigators.

On the day Hell Week ended, medical staffers also observed abnormalities in his lungs that were indicative of potential pneumonia or heart problems, the investigation found. He was also supplied with oxygen twice on that day. There was so much swelling in his legs that by the time he completed the process around 9:30 a.m. on Feb. 4, he was taken to his barracks in a wheelchair, investigators said. One witness reported that Mullen appeared to be in good spirits as the event drew to a close, though he was also described as looking in the "worst condition of anyone in his class."

Nonmedical personnel were assigned to monitor candidates in the hours after Hell Week. That afternoon, they advised Mullen to seek medical attention, investigators said. Mullen declined, saying he would wait for a routine medical check the next day, investigators said. After noticing that Mullen was coughing up fluids and unable to eat without vomiting, one of the monitors called a medical officer on duty. The medical staff told the watch stander to call 911 if Mullen "was in bad shape," the report said.

Many SEAL candidates believe that seeking outside medical care during and immediately after Hell Week can lead to hospitalization and disqualification from training, even though they may get better care in a hospital, investigators said. One sailor told investigators that students had been instructed not to call 911, saying their Navy supervisors had told them outside hospitals "would not understand the context" of SEAL training. Investigators also noted in the report that nonmilitary health-care professionals who are not familiar with symptoms of Hell Week candidates may misdiagnose patients.

Later in the afternoon of Feb. 4, Mullen's condition appeared to worsen. A medical officer who was contacted around 4 p.m. told monitors to call 911. One witness said they were also advised that the medical center was closed and that treatment on-site was not available.

It was not until 4:09 p.m. that the local fire department received an emergency call for Mullen, who by then was "gasping for air" and had bluish skin. About an hour later, he was pronounced dead.

Mullen's family could not be immediately reached for comment, but Mullen's mother, Regina Mullen, has previously expressed concern that no one in the chain of command would face disciplinary action for her son's death.