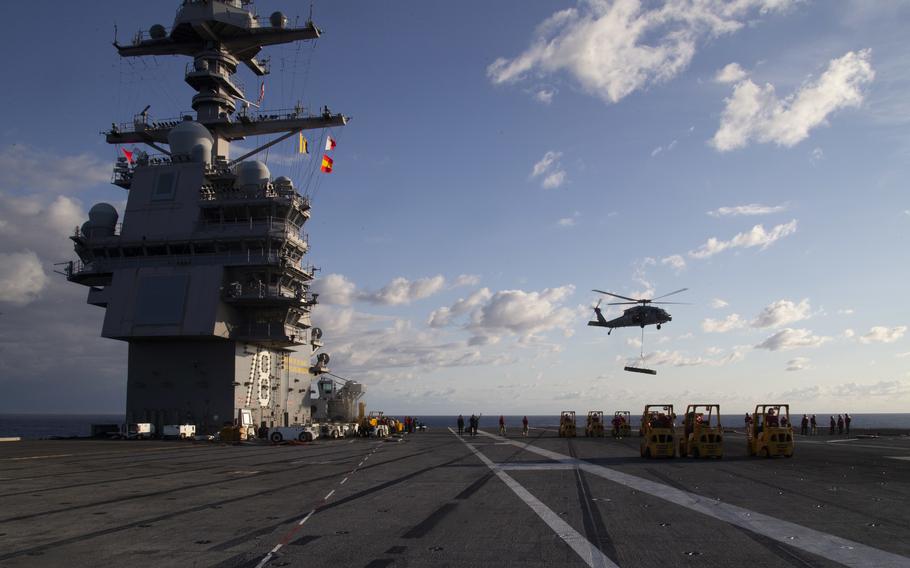 (Tribune News Service) — The USS Gerald R. Ford pushed off the pier at Naval Station Norfolk around 1 p.m. Tuesday, embarking on its first deployment a day later than expected due to stormy weather.

Those with an eye on the Chesapeake Bay will easily spot the 1,000-foot-long warship as it heads out to sea for the first time, culminating years of construction and costly technology delays.

The Navy opted to forgo a traditional sendoff for the Ford and the 4,000 sailors aboard due to changing weather conditions and instead live streamed the underway preparations and push off on the U.S. 2nd Fleet Facebook page.

The Ford was scheduled to depart Monday, but the Navy scrapped that plan due to gusty winds and dangerous seas, postponing the push off from the pier by one day.

The Ford will sail the Atlantic alongside navies from Canada, Denmark, Finland, France, Germany, the Netherlands, Spain, and Sweden.