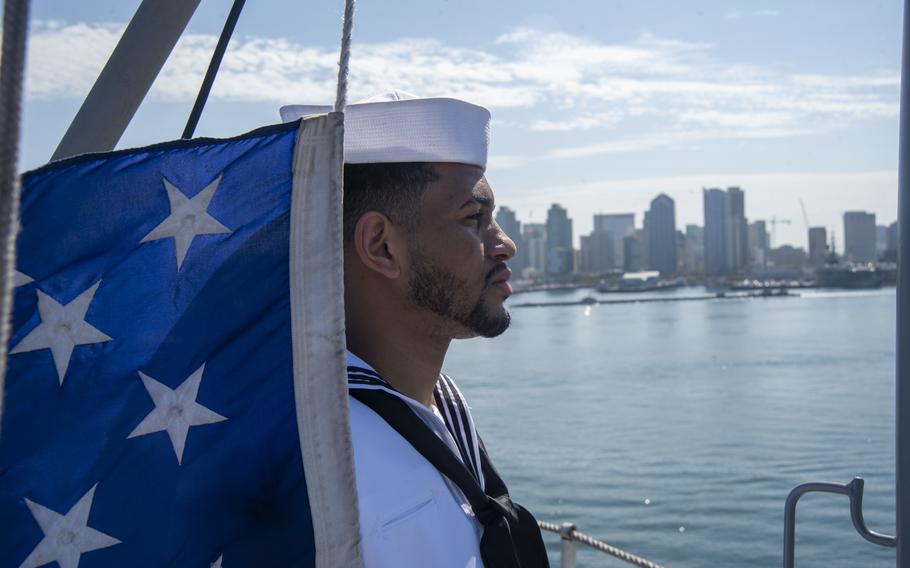 Seaman Williams Rodriguez stands on the flight deck aboard the USS Nimitz in San Diego, July 18, 2022. Sailors aboard the Nimitz in September reported irregularities in the ships water supply and later identified trace amounts of jet fuel in the ship’s water while it was off the coast of Southern California. (Caylen McCutcheon/U.S. Navy)

Five sailors who may have been sickened by water contaminated with jet fuel aboard the aircraft carrier USS Nimitz are being monitored by medical workers, the Navy said.

Officials from 3rd Fleet on Thursday did not detail the concerns reported by the sailors aboard Nimitz, which has delayed a deployment after finding contamination in its water supply earlier in September.

Nimitz leadership is encouraging crew members to immediately report any illness or injury that could be connected to contaminated water exposure, Cmdr. Sean Robertson, a 3rd Fleet spokesman, said in an emailed response to Stars and Stripes.

“If we receive any additional reports of potentially contaminated water, we will immediately investigate and take appropriate action to safeguard the crew,” he said.

The source of jet propellant-5, or JP-5, contamination has been isolated to one of the 26 potable water tanks aboard the ship.

That tank has been isolated from the potable water system, according to the statement.

“As an added precaution, three other nearby tanks have also been isolated,” Robertson said. The Navy didn’t offer details explaining how the jet fuel found its way into the tank. 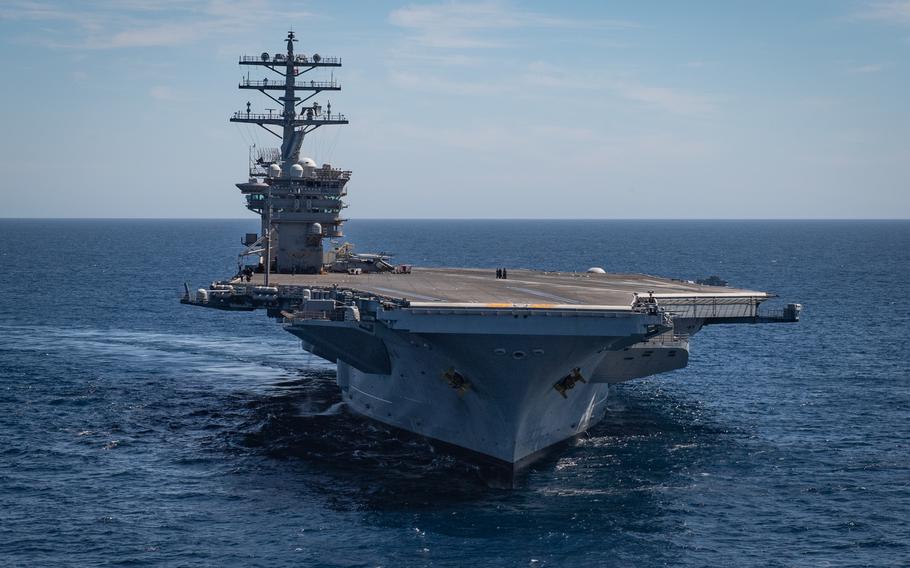 The aircraft carrier USS Nimitz underway in the Pacific Ocean, March 12, 2022. The Navy is monitoring five sailors who have reported health concerns potentially linked to jet fuel that tainted the drinking water supply aboard the aircraft carrier in September. (Elliot Schaudt/U.S. Navy) 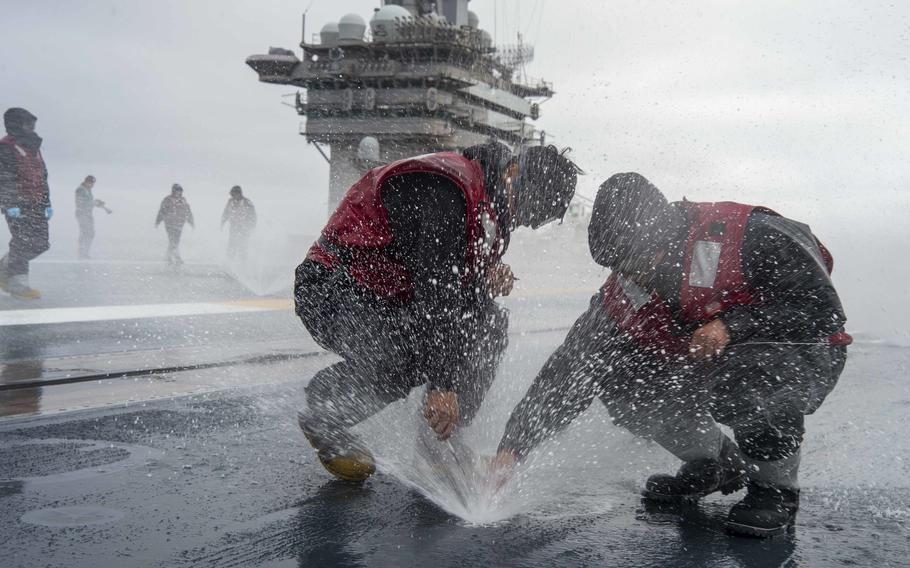 Sailor use welding rods to clear a nozzle aboard the aircraft carrier USS Nimitz while underway in the Pacific Ocean, Sept. 14, 2022. Tests of water used for drinking, bathing and cooking on the ship revealed traces of fuel, the Navy said this month. (Caylen McCutcheon/U.S. Navy)

About two weeks ago, sailors reported irregularities in the ship’s water supply. Subsequently, crew members identified trace amounts of jet fuel in the Nimitz’s water while it was off the coast of Southern California.

Since then, the ship has been moored at Naval Air Station North Island in San Diego, Calif., while workers have tested the water and examined the water supply system.

The Nimitz has been connected to San Diego’s city water system since Sept. 17 and the Navy also has made free bottled water available to sailors, according to the statement.

Tests of wastewater on Sept. 19 showed no measurable amounts of jet fuel, but tests on Sept. 21 of water used for drinking, bathing and cooking revealed “detectable traces of hydrocarbons,” Stars and Stripes reported earlier this week.

A targeted flush and fill of the ship’s potable water system started Sept. 17 and is continuing to ensure water safety, Robertson said. So far, more than 800,000 gallons of city water have been used in the process, he said.

Meanwhile, the Nimitz, which is homeported at Naval Base Kitsap, Wash., remains in port with no departure date yet announced, according to the statement.