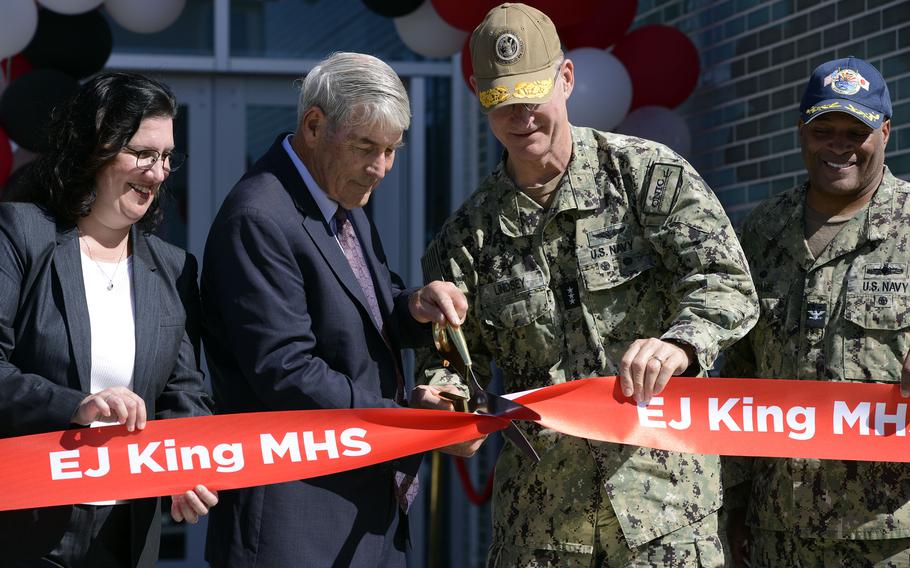 SASEBO NAVAL BASE, Japan – The latest in a round of new school construction at U.S. military bases in Japan, a $54.5 million project at this naval base in the country’s southwest, officially opened Wednesday.

The new and improved E.J. King Middle and High School at Sasebo took nearly three years to complete. The project included new construction and renovation of an existing structure.

Approximately 350 children of service members and Defense Department civilians attend sixth through 12th grades at E.J. King. Sasebo, one of the Navy’s busiest bases in Japan, is homeport for an amphibious ready group organized around the amphibious assault ship USS America.

“I was here when they had the older building, too, and it’s really nice to see that I will have this for the next two years that I’m here,” Schinker told Stars and Stripes on Wednesday. “I think overall having nicer classrooms and more room is the biggest improvement I noticed.” 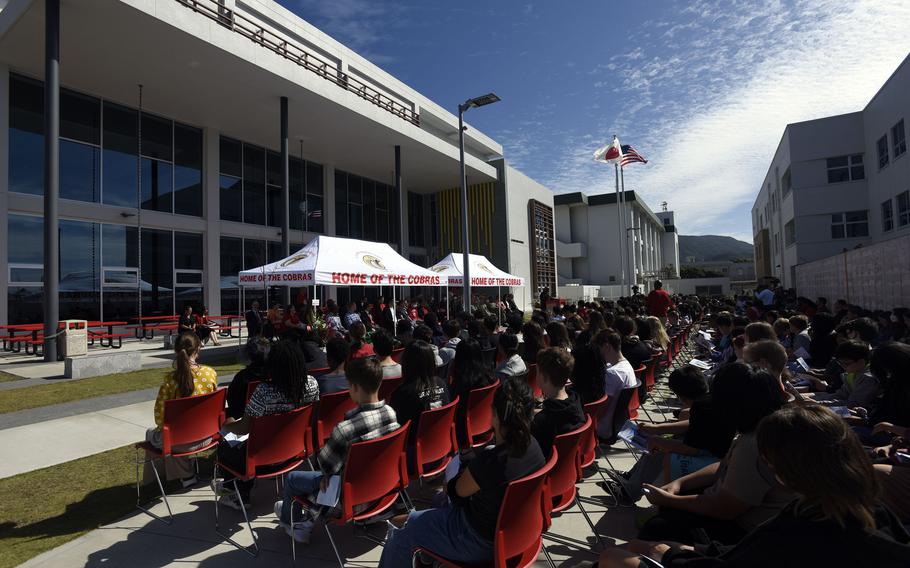 Students, teachers and officials from the Navy and Department of Defense Education Activity attend a ribbon-cutting ceremony for E.J. King Middle and High School at Sasebo Naval Base, Japan, Wednesday, Sept. 21, 2022. (Jonathan Snyder/Stars and Stripes) 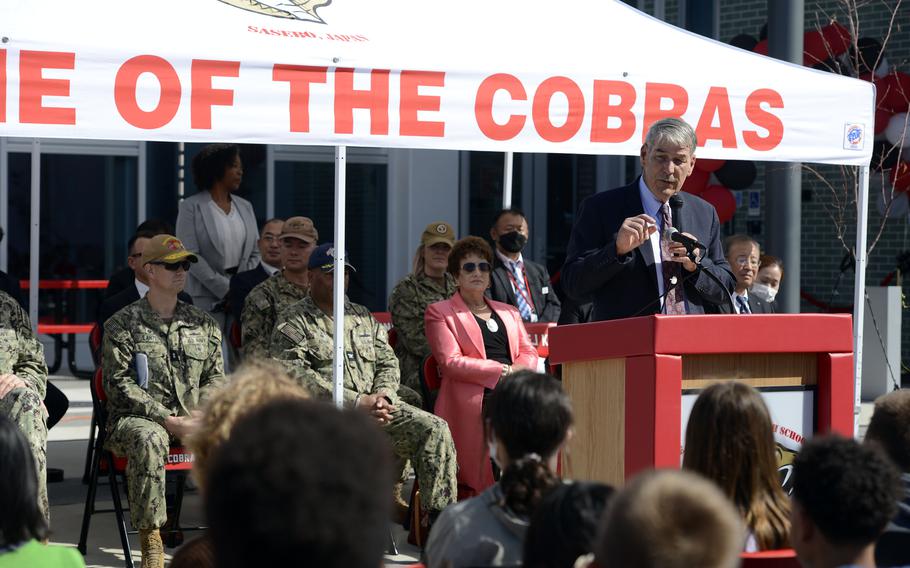 A new school is a bonus experience for students from military families who move frequently into new surroundings, DODEA director for student excellence Lois Rapp said during the ceremony.

“You know it's kind of hard to be a military child. A lot of you moved around a lot of times, you've been in a lot of different schools, you’ve made lots of new friends,” she said. “But we want to make sure that this facility, [E.J.] King High School, is welcoming for you so that you can have a wonderful experience.”

E. J. King joins a list of schools in South Korea and Japan on which DODEA has spent hundreds of millions of dollars to improve, some as “21stcentury” schools, in the past several years.

Major projects in Japan include a $150 million high school replacement at Yokosuka Naval Base south of Tokyo and $95 million on an elementary school at Camp McTureous on Okinawa.

The E.J. King project included a new, three-story high school building as well as renovations to an existing three-story classroom building. A new commons area and information center were completed, as well as outfitting the facility with new furnishings, according to a factsheet provided to Stars and Stripes.

E.J. King High principal Lorenzo Brown during the ceremony said the new school is worth its long, arduous construction.

“We were originally scheduled to move in January of this year, full tilt,” he told Stars and Stripes on Wednesday. “But construction got behind and there were also issues with the supply chain and we couldn’t get all the materials.”