The destroyer USS Bulkeley arrived at Naval Station Rota in Spain on Wednesday, Aug. 18, 2022 as part of a homeport shift and Navy plan to gradually rotate its destroyers in the European theater. (Alison Bath/Stars and Stripes)

NAVAL STATION ROTA, Spain — The U.S. chief of naval operations emphasized Spain’s vital role in NATO and praised its “rock-solid” partnership with the service Wednesday against a backdrop of talks about basing more U.S. destroyers here.

Speaking dockside to reporters, Adm. Michael Gilday stressed that the focus for his visit to Naval Station Rota remained on the ships already in port, such as the destroyer USS Bulkeley, which arrived Wednesday.

The four destroyers at Rota form a significant part of NATO’s ballistic missile defense. They’re ported on Spain’s southern Atlantic coast not far from the Strait of Gibraltar, which some of Russia’s Baltic Sea-based warships have transited en route to Ukraine’s Black Sea coast.

Gilday offered no details about a plan to bring the number of Navy destroyers forward-deployed to Spain from four to six, except to say that high-level talks are ongoing.

Bulkeley joins USS Arleigh Burke, USS Roosevelt and USS Paul Ignatius as homeported ships at Rota. Two other destroyers at Rota, USS Ross and USS Porter, are scheduled to return to the U.S. but an exact time frame has not been announced. 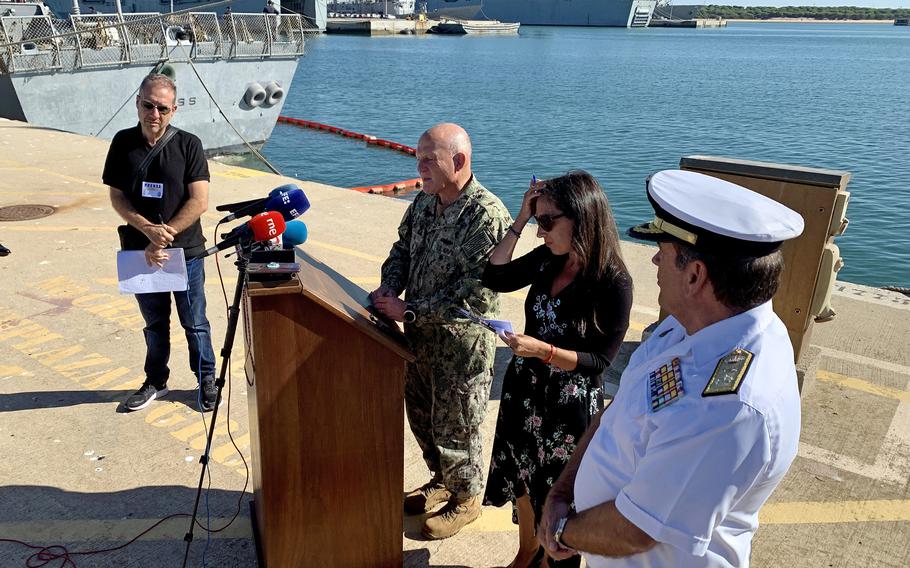 Chief of Naval Operations Adm. Michael Gilday speaks with Spanish reporters at Naval Station Rota in Spain on Wednesday, Aug. 18, 2022. Gilday's visit to the base coincided with the arrival the destroyer USS Bulkeley. (Alison Bath/Stars and Stripes) 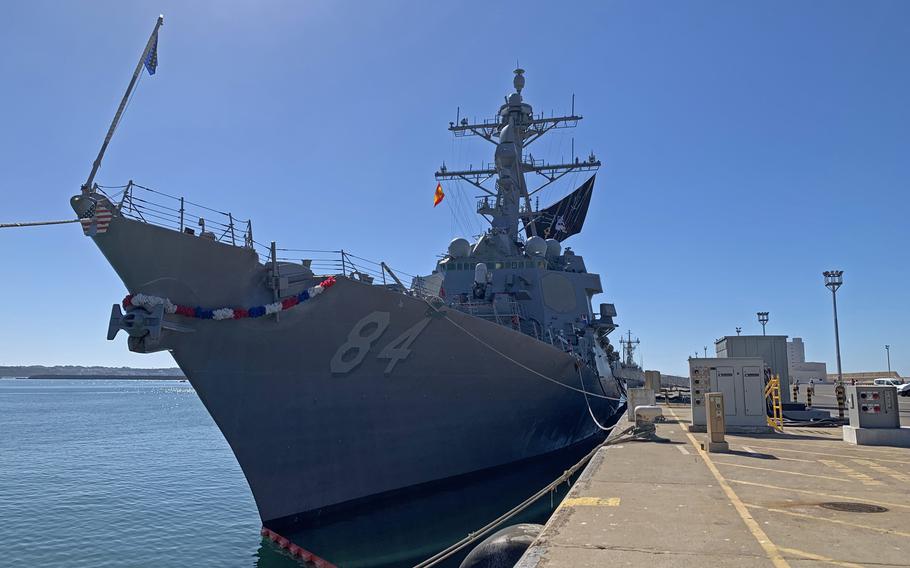 The destroyer USS Bulkeley arrived at Naval Station Rota in Spain on Wednesday, Aug. 18, 2022 as part of a homeport shift and Navy plan to gradually rotate its destroyers in the European theater. (Alison Bath/Stars and Stripes)

The Navy has maintained four destroyers at Rota, a Spanish port along the Atlantic Ocean not far from Gibraltar, since about 2014.

In June, the White House expressed a desire to send two more, saying the additions would increase the U.S. and NATO maritime presence in the Euro-Atlantic area, USNI News reported in June.

Gilday said the U.S. could not serve its own interests and those of allies without strong working relationships with other nations.

“The U.S. Navy’s ability to have our destroyers forward-deployed in Spain is an exceptional opportunity for us to help keep those sea lanes open, to work with our allies and partners in doing so,” he said.

Bulkeley left Norfolk, Va., on Aug. 4, a homeport shift to Rota that is part of the service’s plan to gradually rotate the destroyers based there.

The ship recently completed a two-year maintenance cycle. The time in the yard included significant upgrades in its technology and capability, Gilday said.

Capt. William Harkin, commanding officer of the Bulkeley, said the ship’s crew of about 320 sailors is excited to be homeported in Spain.

Harkin said the ship and its crew aim to be “a stabilizing force here in the region” for the next five years.