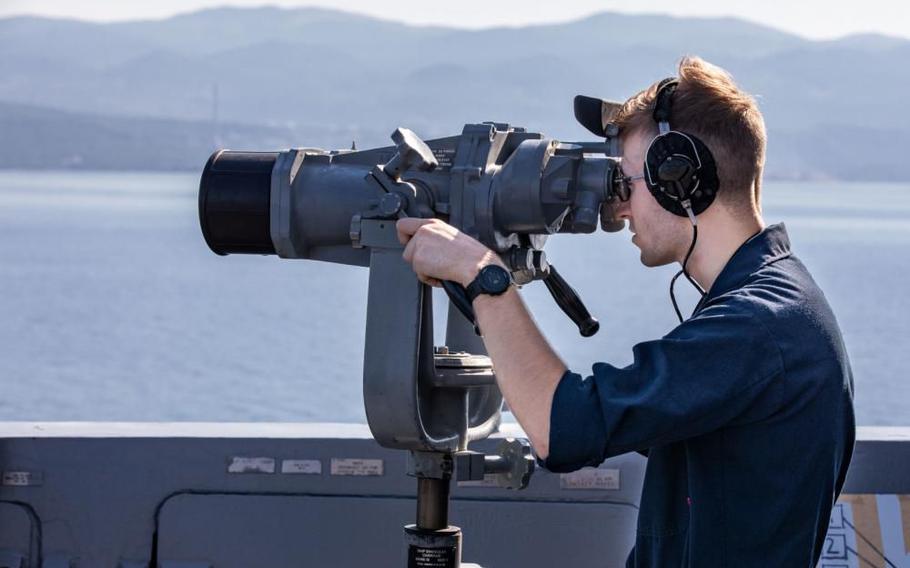 (Tribune News Service) — Two ships of the Hampton Roads-based USS Kearsarge Amphibious Ready Group are getting a break in their four-month-old deployment, with scheduled pit stops in Europe.

USS Kearsarge is stopping in Brest, on France’s Atlantic coast in Brittany. A military stronghold since the days of Cardinal Richelieu, Brest is France’s main naval base for Atlantic operations and home of the French naval academy.

USS Arlington, meanwhile, is staging its mid-deployment voyage repair in the Mediterranean port of Rijeka, Croatia.

The idea is to give the ships time to make repairs and do maintenance the crews can’t do while at sea.

“We are at the midpoint of our deployment and will execute much-needed repairs, upkeep and re-supply while in port,” said Capt. Tom Foster, commanding officer of USS Kearsarge.

It’s also a chance to take a breath after a busy deployment that has seen the three ships of the group and their embarked Marines operating everywhere from Iceland to Greece and the Baltic to Tunisia.

“The mid-deployment voyage repair is our time to reset the force,” said Col. Paul Merida, commanding officer of the 22nd Marine Expeditionary Unit.

It gives everyone time to deal with medical and dental issues, and to catch up on administrative chores.

The group’s ships often operate at great distances from one another. While Arlington has been in the Mediterranean, Kearsarge has operated mainly in northern waters.

Many of those exercises were with ships of the French navy, and Foster sees the stop in Brest as a chance to celebrate and strengthen an alliance that dates back to the American Revolution.

While in Brest, the crew will get a chance to visit D-Day landing sites and memorials as well as Mont St-Michel. On July Fourth, sailors joined with French colleagues to lay a wreath at the American Battlefield Monuments Commissions’ Naval Monument at Brest.

Arlington, which was with Kearsarge off Iceland this winter for a major NATO exercise on defending the strategic Greenland- Iceland- United Kingdom gap — the route through which Russian submarines and ships venture into the Atlantic — has since focused on exercises with NATO allies Greece and Turkey in the Mediterranean and on Tunisia with European and African allies.

“This deployment has been an incredible experience. We have successfully completed four major exercises with over 30 NATO allies and partners,” said Capt. Eric Kellum, Arlington’s commanding officer.

Arlington’s sailors and Marines will have a chance to visit Plitvice Lakes National Park, and the historic towns of Moscience, Opaija, Pula and Rovinj during the ship’s stop in Rijeka.