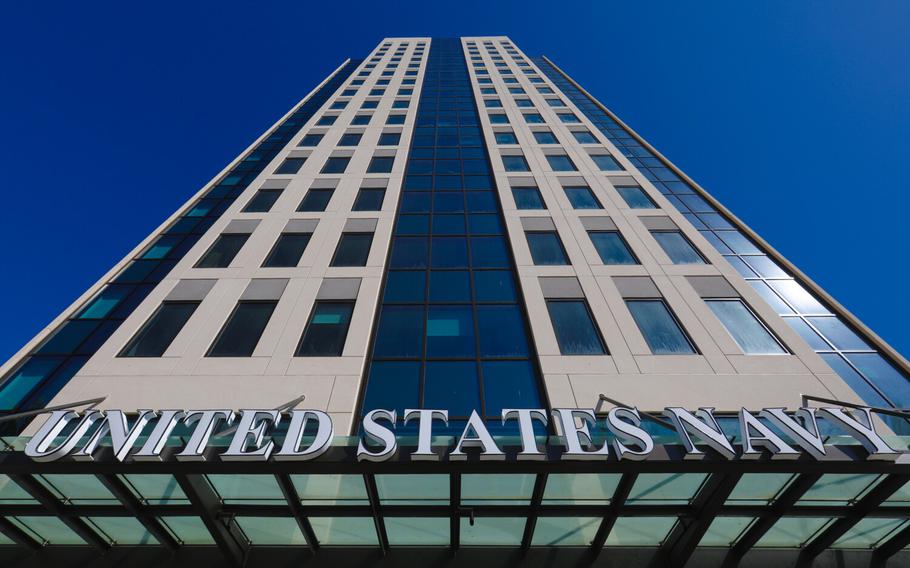 (Tribune News Service) — San Diego Navy officials are scrambling to alleviate the shortfall of child care providers for the more than 4,000 military children waiting for spots in its base day care centers, according to Navy Region Southwest officials.

Staffing shortages brought on by the pandemic have impacted a military child care system that was already strained before COVID-19 hit, according to Janet Hooten, the child and youth program manager at Navy Region Southwest in San Diego.

Before the pandemic, military families in San Diego could expect to wait more than a year to have a child placed in a Navy Child Development Center for care, Hooten told the Union-Tribune.

Hooten declined to say how long military families might wait today for a spot. She said the tiered-priority system means not everyone will wait in the same line. However, she said any military member up for orders that could send them to San Diego should get on the waiting list now.

"We encourage every family to put their child on the waitlist as soon as you know you will be leaving (the current duty station)," Hooten said. "You don't have to wait until you have orders in hand."

In 2020, the Navy signed a deal with Coronado Unified School District to lease an under-utilized preschool for Navy child care. While that opened about 200 spots for kids, it only made a dent in the waitlist.

Military child care is subsidized by the Defense Department. There are day care facilities on military bases as well as in-home day care providers. But with spots full, service members have to seek costlier alternatives elsewhere — and the situation outside the military system is also strained, according to a University of San Diego study published in April.

The military offers a fee assistance program for these families, but it does not cover the full cost, Hooten said.

Navy Region Southwest, which also manages the child care centers on local Marine bases, is short about 400 providers — including the staff needed for two new centers yet to open at Marine Corps Air Station Miramar.

Another new center at Naval Base Point Loma is due to open in 2023, and increased pay for military child care workers is part of next year's proposed Pentagon budget.

In San Diego, the Navy is offering financial incentives to address its staffing shortfall. Accreditation fees for new hires are covered by the Navy, as are sign-on, referral and retention bonuses.

The Navy is holding a hiring fair at the Scottish Rite Center in Mission Valley on Friday, where it will screen, interview and make offers to candidates for both its base child care and recreation centers.

Military families needing assistance with child care, or to get on the wait list, can do so at militarychildcare.com.