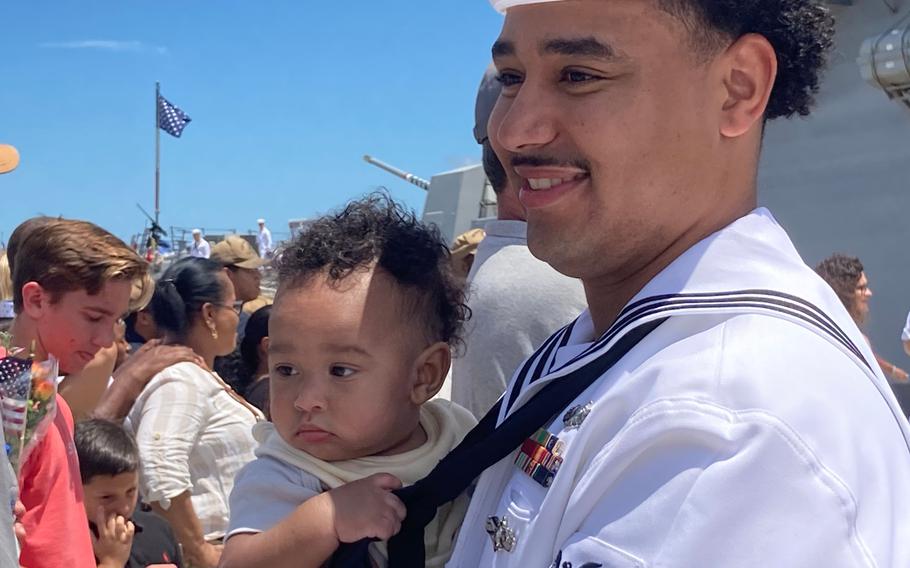 (Tribune News Service) — While Petty Officer 2nd Class Dmitri Rivera was on duty some 4,500 miles from his newborn son, Omari, he was one of the USS Gravely crew who organized a games day for refugee Ukrainian children during the Norfolk-based destroyer’s deployment.

Now Omari, held tightly in dad’s arms on pier 6 at Naval Station Norfolk on Friday, tugged on his dad’s black kerchief for a welcome home.

It was the first time Rivera saw his son.

The Gravely was deployed for nearly seven months as part of the USS Harry S. Truman carrier strike group.

The group’s mission was to offer support to NATO allies. For the Gravely, that meant operating in the Mediterranean for a time as Truman’s air wing conducted air policing operations over NATO members’ airspace in southeastern Europe.

The Gravely then scrambled to bolster allies in the north, along the Baltic Sea, Cmdr. Hunter Washburn said. That included operating with the Kearsarge Amphibious Ready Group in exercises with the Estonian Army — a new experience for the crew, although Washburn and many Gravely sailors are familiar with the narrow waters of the Baltic.

With the Russian invasion of Ukraine, Norfolk-based ships’ efforts to support NATO allies have become even more important — for the Gravely, that meant an extended deployment.

“It got a bit tough about three months out,” Rivera said — that’s when Omari would have been about a month old.

“When we got extended, that’s when it really hit home,” he said.

But on a sunny June day in Norfolk, with time to spend with family, it was time to focus on new things. 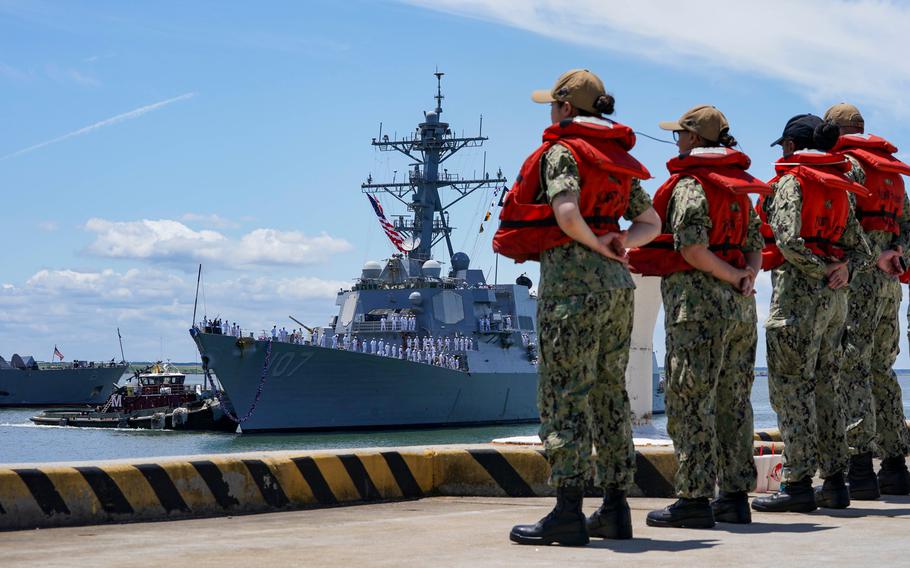