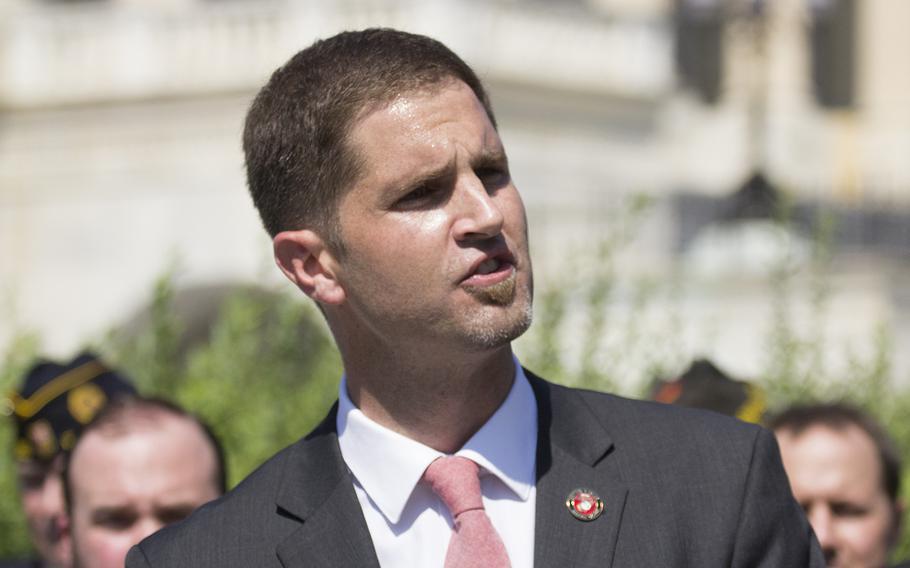 WASHINGTON — The Navy has been ordered to review and potentially upgrade thousands of general and other-than-honorable discharges dating back to 2012, according to a lawsuit settlement approved by a federal judge.

The Navy Discharge Review Board must reconsider thousands of cases where upgrades were denied, despite evidence that veterans were struggling with post-traumatic stress disorder, traumatic brain injury or military sexual trauma when they separated from the military, according to the settlement approved Monday.

The board will review decisions made between March 2, 2012, and Feb. 15, 2022, that partially or fully denied relief to Navy, Marine Corps and Reserve veterans with other-than-honorable discharges.

The settlement was made as a result of a nationwide, class-action lawsuit first filed in 2018 by Iraq War veteran Tyson Manker.

Manker was kicked out of the Marine Corps after being caught with marijuana, which he said he used to self-medicate. The Navy agreed in October 2021 to upgrade Manker's discharge to honorable.

U.S. District Court Judge Charles Haight, in his approval Monday, wrote the settlement was “an impressive example of the manner in which a class action can be made the vehicle for doing substantial justice and advancing the rule of law.”

The court approved a similar settlement in a class-action lawsuit against the Army last spring.

The Defense Department instituted a policy in 2017 to give “liberal consideration” to veterans looking to upgrade their other-than-honorable discharges, known as “bad paper,” in situations in which a service-related medical disorder could have led to their misconduct. Plaintiffs in both lawsuits argued the discharge review boards ignored the policy and denied upgrades when they were warranted.

The wrongful discharges go back even further, according to the Government Accountability Office. The GAO has reported the Pentagon didn’t consistently apply previous policies going back to 2011 that required discharge review boards to take mental health issues into consideration.

In addition to automatically reviewing cases going back to 2012, the settlement requires the Navy to allow veterans with bad paper discharges going back to Oct. 7, 2001, to reapply for a discharge upgrade.

As part of the agreement, veterans also will be allowed to participate in their review board hearings through video conferencing. Veterans are required now to appear in person in Washington if they want to argue their case.

“The Manker settlement guarantees automatic reconsideration and expanded reapplication rights for thousands of Navy and Marine Corps veterans — for many veterans, this will mean access to critical care and benefits that they should have been receiving all along,” said Alexander Fischer, a law student with the clinic. “This settlement is an important step towards more fully meeting the needs of Iraq- and Afghanistan-era veterans who came back with serious physical and mental injuries from their service.”