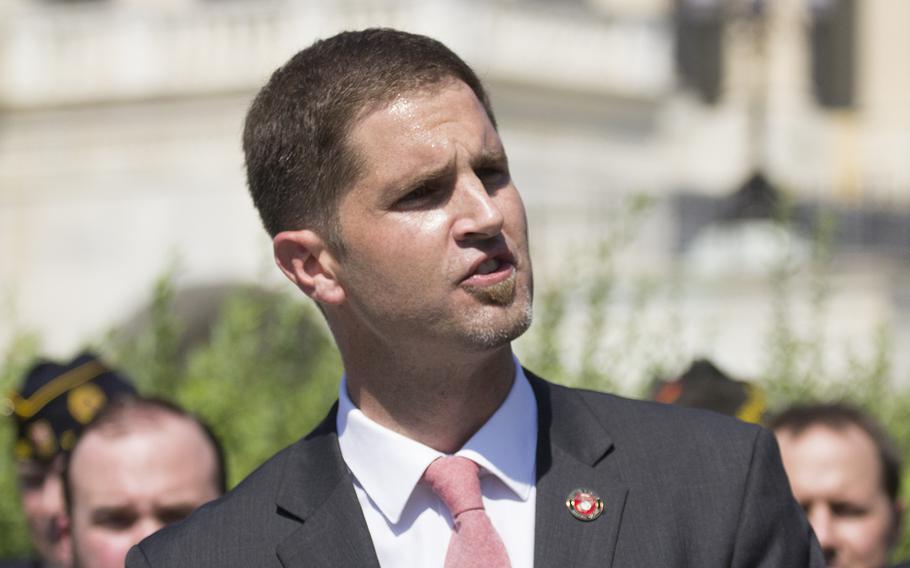 Buy Photo
Tyson Manker, a Marine who said he was discharged from the military after suffering from PTSD, calls on then-President Barack Obama to make the Veterans Fairness Act happen with executive action on Sept. 13, 2016. (Stars and Stripes)