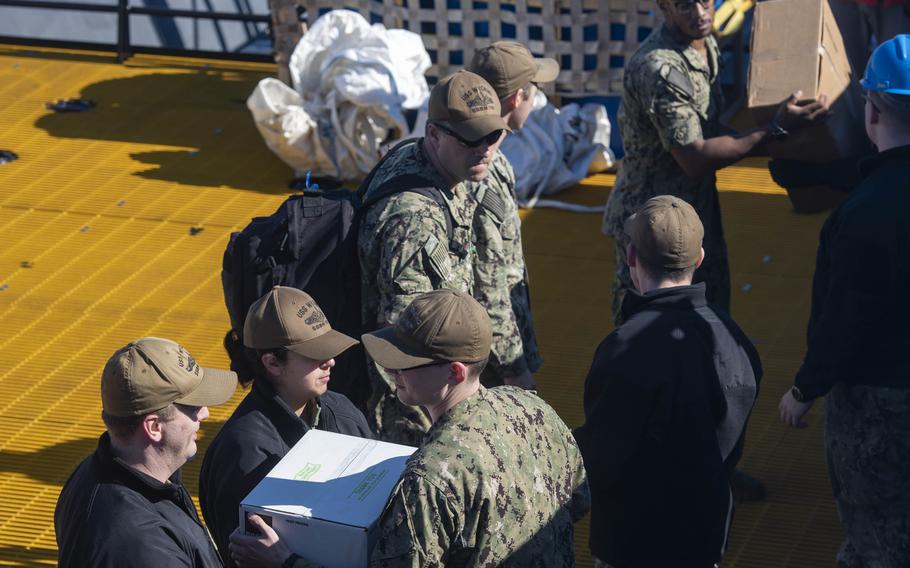 (Tribune News Service) — Ballistic missile submarines home-ported at Naval Submarine Base Kings Bay, Ga., deploy for about 80 days before returning to swap crews and resupply the boat with enough food to feed the sailors.

The quick turnaround is necessary because the boats are a key deterrent to nuclear war.

They remain submerged nearly the entire time they are deployed, undetected and poised to retaliate in the event of a nuclear attack.

But there could be a time when a submarine cannot return to Kings Bay, and the crews aboard the boats train for that possibility.

The USS Wyoming, home-ported at Kings Bay, successfully completed a crew swap while at sea on Jan. 24. The crew exchange also included a fresh supply of food during the deployment.

"The efficiency of exchanges of crews at sea allows sailors to reunite with their families and provides a ready, resilient submarine force."

The crew was transported by Military Sealift Command supply vessels USNS Black Powder and USNS Westwind at a location that cannot be disclosed, Phillips said.