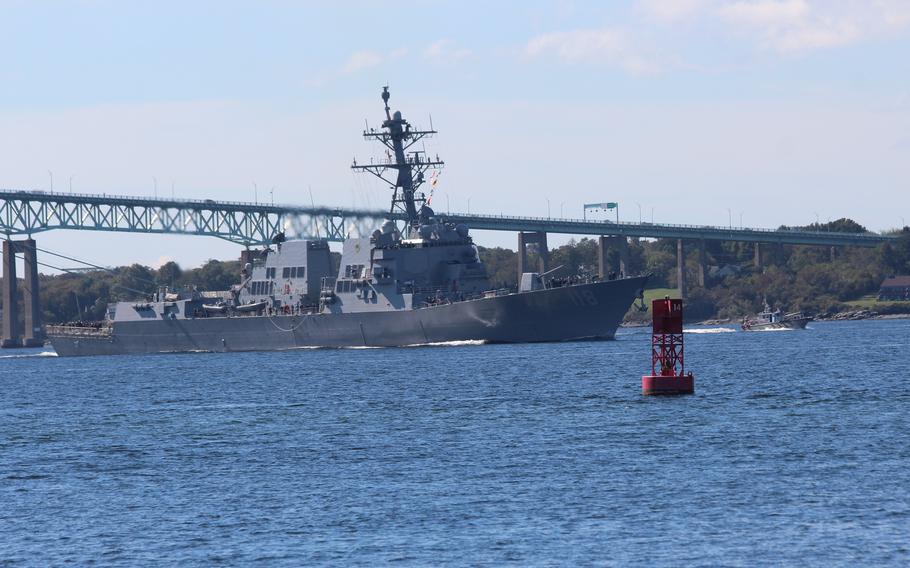 (Tribune News Service) — The future USS Daniel Inouye, the Navy’s newest Arleigh Burke-class missile destroyer, will be making a two-day voyage around the Hawaiian Islands this week before its scheduled arrival at its new homeport of Joint Base Pearl Harbor-Hickam on Thursday.

As the newest Arleigh Burke-class destroyer, the Inouye is scheduled to be officially commissioned on Dec. 8 — one day after the 80th Anniversary of the Pearl Harbor Remembrance Commemoration.

The ship is named in honor of the late Hawaii senator who held office from 1963 until his death in 2012. During World War II he served in the 442nd Regimental Combat Team — the unit famously made up of Nisei troops from both Hawaii and the mainland — and was seriously wounded in action during fighting in Italy. He was awarded the Medal of Honor on June 21, 2000.

Prior to arriving at Pearl Harbor the ship will sail past Hilo, Kahului Bay and Nawiliwili Bay as it transits to Oahu, allowing residents to get a glimpse. “This ‘Honoring the Islands’ tour pays tribute to the memory and legacy of the late Senator Daniel K. Inouye and his lengthy career of service to the people of Hawaii, “ the Navy said in a news release Friday.