Portsmouth Naval Shipyard about to get $1.7 billion upgrade to keep up with modern submarines 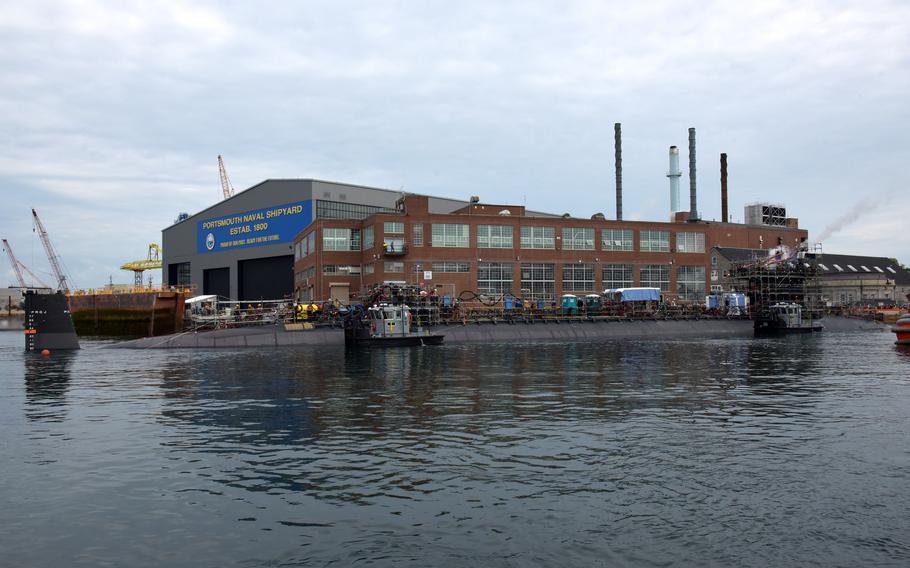 (Tribune News Service) — One of the Portsmouth Naval Shipyard’s dry docks is about to get a huge overhaul to increase the 221-year-old shipyard’s ability to maintain, modernize and repair the Navy’s Los Angeles-class and Virginia-class submarines.

A $1.7 billion contract to complete the dry dock renovation was awarded to Omaha, Nebraska-based 381 Constructors last week, by the Naval Facilities Engineering Systems Command. The contract will be incrementally funded, with an initial $70 million allocated at the time of award.

Portsmouth Naval Shipyard in Kittery, Maine, is one of four remaining naval shipyards in the United States. It has three dry docks and performs maintenance and modernization on both Los Angeles and Virginia-class submarines. Currently, Dry Dock No. 1 can only accommodate Los Angeles-class submarines, which means it needs to be reconfigured before the aging LA-class submarines are removed from service in the next decade.

The seven-year project to retrofit Dry Dock No. 1 is part of the Navy’s comprehensive Shipyard Infrastructure Optimization Program, which will construct an addition to Dry Dock No. 1 within the existing flood basin area, as well as new concrete floors, walls, pump systems, caissons, and other mechanical and electrical utilities.

“The Navy needs combat-ready ships and submarines to go where they’re needed, when they’re needed, and these major upgrades and reconfigurations at our naval shipyards will enable the fleet to meet its future missions,” Galinis said.

Earlier this month, Sen. Susan Collins, R- Maine, announced the Senate’s Appropriations Committee advanced a fiscal year 2022 funding bill that included $475 million for the Dry Dock No. 1 extension project at Portsmouth Naval Shipyard in Kittery. Collins’ announcement noted that failure to modernize the dry dock would result in 20 deferred submarine maintenance availabilities through 2040, meaning Navy submarines would not be able to accomplish their missions.