WHIDBEY ISLAND, Wash. (Tribune News Service) — In recent days, helicopter crews from Naval Air Station Whidbey Island have responded to five emergency search and rescue missions throughout Western Washington, adding to the hundreds of missions completed over the years to save hundreds of civilian lives.

The search and rescue team has conducted 24 missions in 2021. Those missions include five medical evacuations, sixteen rescues and three searches — most for hikers and skiers in the state's mountains.

The five most recent missions, run between Friday and Monday, ranged from rescuing a 32-year old hiker with a broken leg on Sauk Mountain in Skagit County to rescuing a 44-year-old man injured in a fall in the Olympic Mountain wilderness.

Both were transported to area hospitals for treatment, along with hikers the NAS Whidbey team rescued from the North Cascades near Leavenworth over the four-day period.

Such use of military equipment is allowed under the National Search and Rescue Plan, and in the state under specific direction from the Air Force Rescue Coordination Center or Coast Guard, according to a news release.

In May, the NAS Whidbey Island team rescued hikers from the Olympic mountains and skiers from the Snoqualmie Pass area, according to news releases. The team responded to the crash of a small aircraft outside Vancouver, Wash., in March.

Those missions have included rescuing injured hikers and snowmobilers, and searching for missing hikers and drowning victims in Skagit County — and many others across the broader Mount Baker and North Cascades regions. 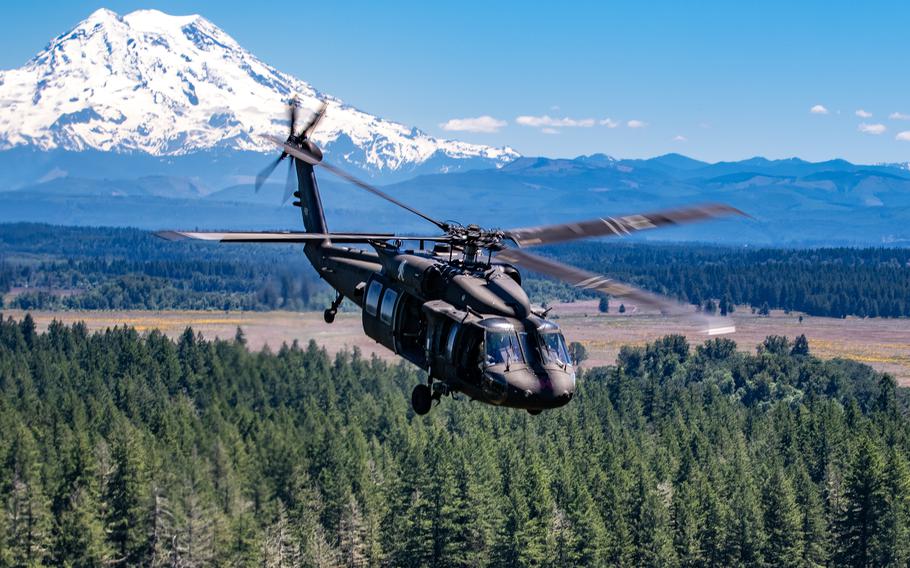