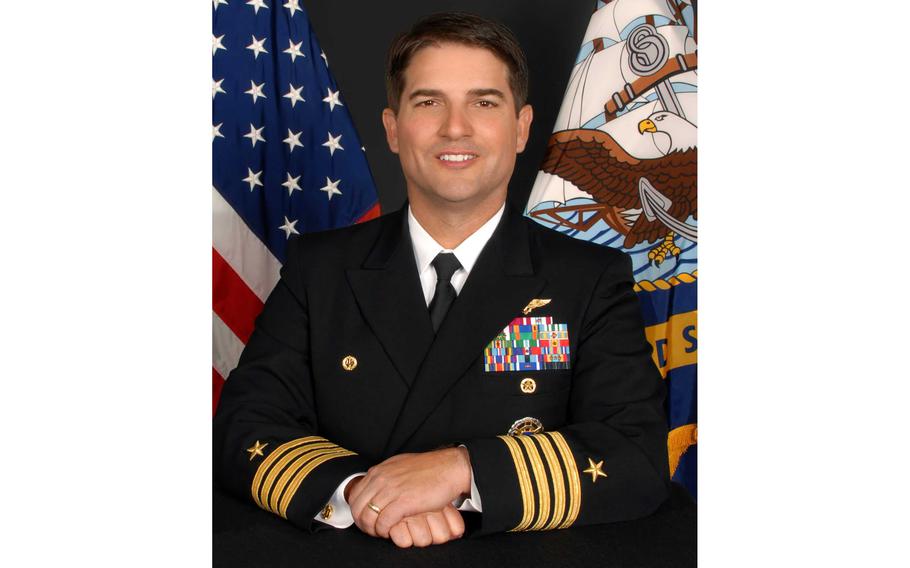 Capt. Eric Hanks will take command of Naval Air Station Whidbey Island beginning Thursday, according to a news release from the base. (NAS Whidbey Island Facebook)

Capt. Eric Hanks will take command of the station beginning Thursday, according to a news release from the base.

Hanks, a native of Jennings, Louisiana, is a 1997 graduate of the Naval Academy, the release states. He has amassed more than 3,300 flight hours, primarily in the Navy's Maritime Patrol and Reconnaissance community.

He will relieve Capt. Matt Arny, who took command of the base in August 2018. Arny will retire after 28 years with the Navy, the release states.

"I am profoundly grateful to (Naval Air Station Whidbey Island) personnel and to the local community for all the support my family and I have received since we arrived," Arny said in a release. "The splendor of the area and the hospitality of the local people are simply remarkable. I will cherish my time as the commanding officer of this incredible air station, and I have the utmost confidence Team Whidbey will continue to work together to defend our nation and thrive together as I pass command to my successor."

According to the release, the base is the Navy's premier naval air station in the Pacific Northwest and is home for the Department of Defense's airborne electronic attack community and one of two major home stations for the services' Maritime Patrol and Reconnaissance community.