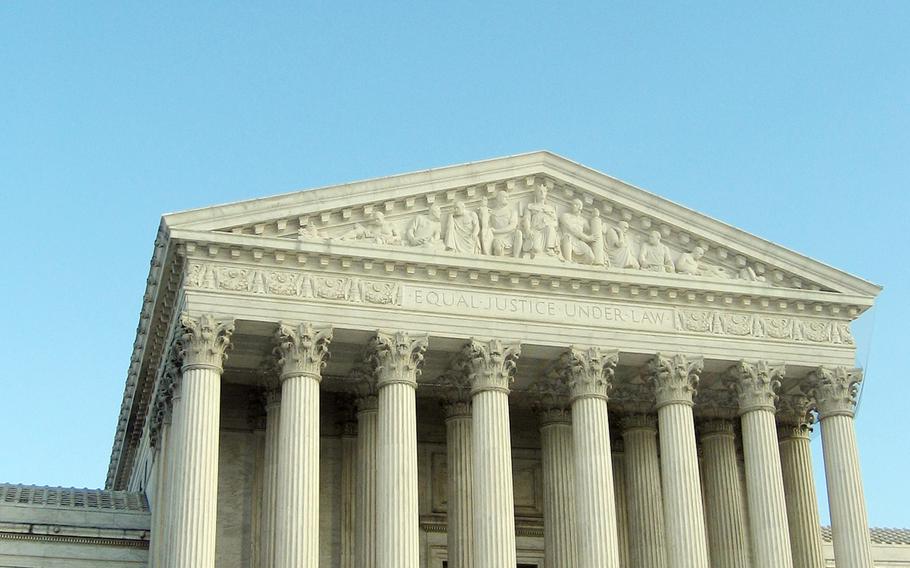 A unanimous Supreme Court decision Monday, May 24, 2021, allows Guam to pursue its lawsuit seeking to force the Navy to contribute toward the roughly $160 million needed to clean up the toxic Ordot Dump on the island territory. (Pixabay)

A unanimous Supreme Court decision Monday allows Guam to pursue its lawsuit seeking to force the Navy to contribute toward the roughly $160 million needed to clean up the toxic Ordot Dump on the island territory.

The decision, written by Justice Clarence Thomas, overturned an appellate ruling that Guam was barred from suing because of a statutory time limit. The case goes back to a lower court where the island will continue litigating the case.

“We are thrilled with the Court’s decision in favor of Guam today, which paves the way for the United States to pay its fair share for the cleanup of the Ordot Dump,” the attorney representing Guam, Gregory Garre, said in a statement Monday to The Associated Press.

The Supreme Court scrutinized the Clean Water Act and the Comprehensive Environmental Response, Compensation, and Liability Act — or Superfund Act — both administered by the Environmental Protection Agency.

At issue is the cleanup of the 23-acre Ordot landfill, which the Navy created during World War II for the vast amount of refuse generated during that conflict and later during the Cold War. It also became the primary dump used by Guam residents for decades.

Ordot has leached toxic waste into the Lonfit River and two of its tributaries. Guam faces more than $160 million in cleanup costs for the site, according to court documents the territory filed.

Guam and the U.S. entered into a consent decree under the Clean Water Act in 2004, which required the island to stop toxic waste from leaching to adjoining waters.

Guam sued the Navy in 2017 under the Superfund Act, whose provisions could force the federal government to contribute to cleanup costs.

The federal government argued that the countdown for the statute of limitations for the “contribution” provisions in the Superfund Act were triggered by the 2004 settlement under the Clean Water Act. In that scenario, Guam would have failed to pursue contribution in time.

A lower court had ruled that Guam could seek such a contribution from the Navy under the Superfund Act, thus making the statute-of-limitations issue irrelevant.

In a decision last year, the D.C. Circuit Court of Appeals overturned the lower court, holding that the Clean Water Act settlement had triggered a statute of limitations for seeking contribution under the Superfund Act. Guam had thus failed to seek the contribution within the allowable time frame, the Appeals Court ruled.

The Supreme Court said Monday that only settlements specifically under the Superfund Act can be used to initiate contributions — not settlements under other environmental laws such as the Clean Water Act.

Monday’s decision was “a win for plain-meaning statutory interpretation and avoiding traps for the unwary” in settlements involving environmental-law liability, Ben Machlis, an attorney specializing in environmental law with the firm of Dorsey and Whitney, said in a statement emailed to Stars and Stripes.