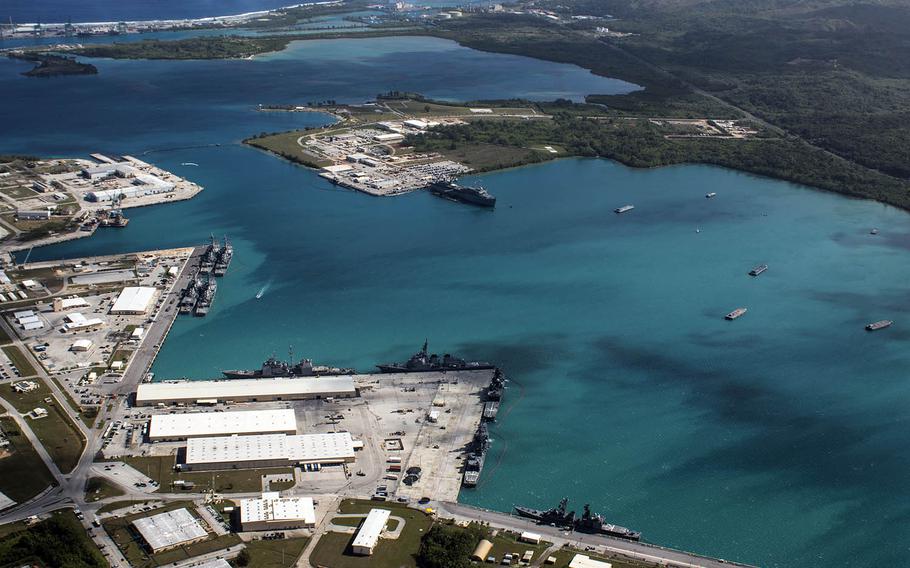 This aerial view of Naval Base Guam shows Apra Harbor with several vessels in port on March 5, 2016. (Jeff Landis/U.S. Navy)

A federal judge has denied the United States’ attempt to dismiss a Guam lawsuit against the Navy seeking payment for the service’s share of the costs to clean a dump it gave to the Guamanian government.

Judge Ketanji Jackson of the U.S. District Court for the District of Columbia rejected the U.S. government’s motion to dismiss the suit on grounds that Guam exceeded the statute of limitations under the Comprehensive Environmental Response, Compensation and Liability Act of 1980, according to court documents.

Jackson has not yet issued her reasoning behind her weekend decision, but a memorandum is expected soon.

In the lawsuit, Guam is claiming the U.S. should contribute funds for the cleanup of Ordot Dump, which was under the supervision of the federal government and Navy for more than three decades before being handed over to Guam in the 1970s.

The previously unlined and uncapped landfill leaked into the Lonfit River and two of its tributaries, according to a 2002 complaint from when the U.S. sued Guam under the Clean Water Act to have it cleaned.

Guam ultimately closed the dump and cleanup began in 2013 with the U.S. territory paying to fix the environmental damage, “which included capping the landfill, installing stormwater management ponds, discharge water storage tanks and a sewer line,” Stars and Stripes reported in March 2017.

Guam Attorney General Elizabeth Barrett-Anderson called the denial of the motion to dismiss “a significant win for Guam” in a Monday statement from her office.

“We are now able to continue our environmental law suit against the federal government to recover costs Guam incurred to close Ordot Dump,” she said. “We have spent over $200 million to date, with millions more expected based on the receiver’s recent report to the court that Guam needs to borrow $23 million more.”