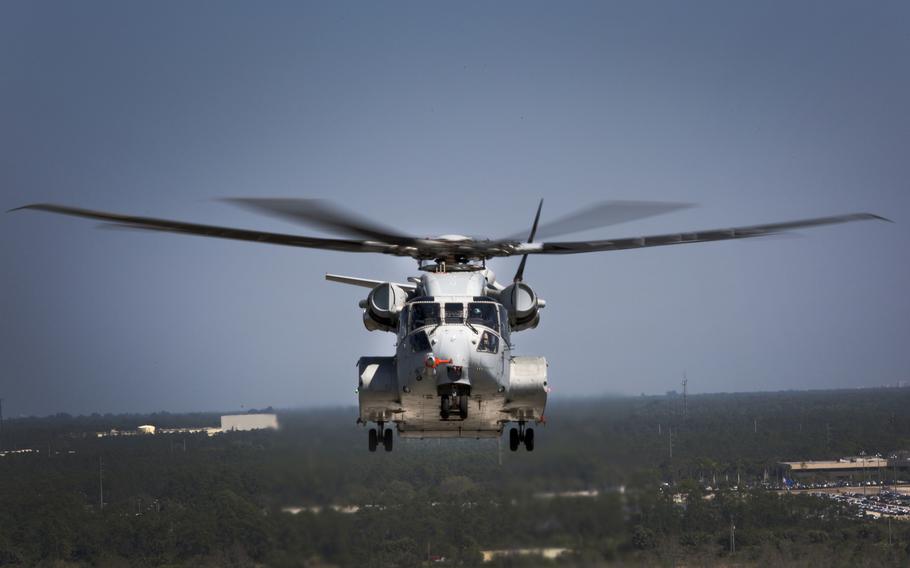 Sikorsky is currently producing the helicopters at a rate of four per year and has delivered two within the past month alone, according to a company spokeswoman. But with the Navy's full rate production approval, the volume of helicopters produced will build over time to eventually reach 20 per year.

The contract with the Navy calls for Sikorsky to build a total of 200 helicopters. Bill Falk, director of the Sikorsky's CH-53K program said the Navy's production authorization "stabilizes Sikorsky's domestic supply chain and is a testament to our enduring partnership with the Marine Corps."

Sikorsky has more than 200 CH-53K suppliers across 35 states, including 44 in Connecticut. With the Navy's approval of ramped up production, suppliers will be able to make purchases in bulk, which will create efficiencies that will drive down the overall cost of the aircraft for the U.S. military and international allies, according to company officials.

The CH-53K is a helicopter with heavy-lift capabilities that exceed all other U.S. Department of Defense rotary wing aircraft. It can carry a 27,000-pound external load over 110 nautical miles in hot conditions, which is more than triple the external load carrying capacity of the legacy CH-53E aircraft.

It is also the only heavy-lift helicopter that will remain in production through 2032 and beyond.

Sikorsky is a subsidiary of Maryland-based Lockheed Martin Corp.

The news of the Navy approval comes weeks after it was announced the U.S. Army had opted against Sikorsky's helicopter proposal for the replacement of the Black Hawk, in favor of Texas-based Bell's V-280 Valor tiltrotor aircraft.