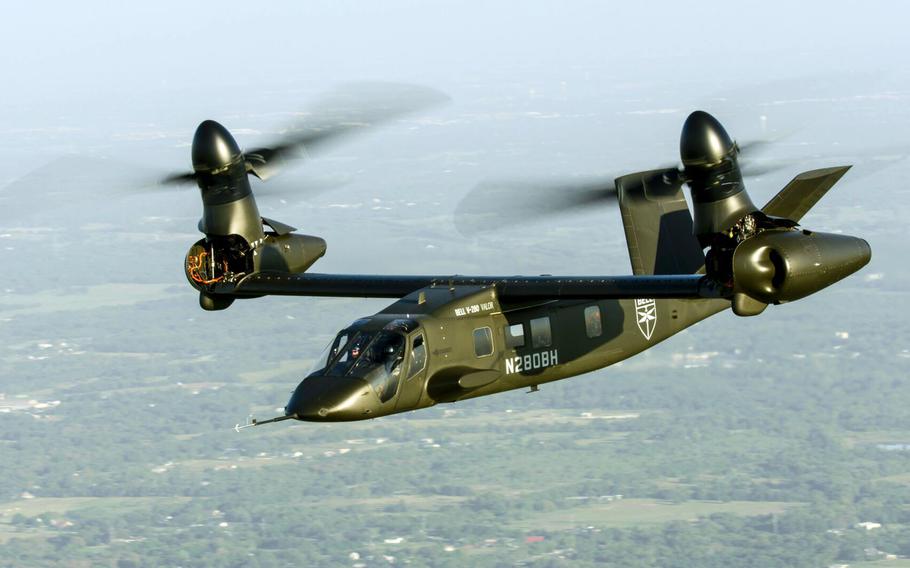 The Army awarded Bell a contract to develop its V-280 Valor under the Future Long-Range Assault Aircraft, or FLRAA, program, according to a company news release.

The release did not state the contract’s value to Bell Textron, but National Defense magazine online reported a $1.3 billion ceiling with an initial $232 million over the next 19 months to develop a prototype. National Defense cited the Army program executive officer for aviation, Brig. Gen. Robert Barrie, in its report.

Bell’s tiltrotor design prevailed in contract competition over a coaxial rotor blade design put forth by Sikorsky-Boeing, a model that stacked a pair of rotor blades on top of each other, according to reports in National Defense and other defense-related media Tuesday. 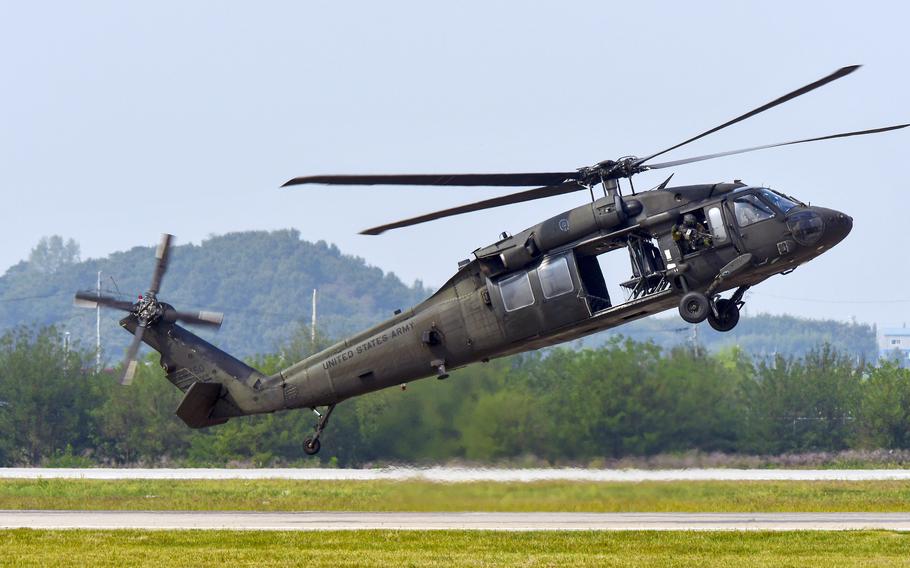 The UH-60 Black Hawk is more than 35 years old, according to its maker, Lockheed Martin. It is the Army’s mainstay medium-lift assault and utility helicopter. (Victor Caputo/U.S. Army)

Bell Textron capitalized on its experience developing the V-22 Osprey, now a mainstay troop carrier for the Marines, with partner Boeing, and describes the V-280 Valor as a second-generation in its type, according to statements on its website.

The Valor is capable of speeds better than 320 knots and autonomous flight, according to the company. It flew 215 flight hours and 165 flight tests through April 2021, before the flight test portion of its initial development was completed, according to Bell.

The Valor is a “transformational aircraft” that fills Black Hawk performance gaps and gets the Army into lower operational altitudes, company vice president and Valor program director Ryan Ehinger said in a video on the Bell website.

Bell flew its first Valor in 2017; an Army test pilot flew it in 2018, according to the company release. The aircraft was developed and tested as part of the Joint Multi-Role Technology Demonstrator program that began in 2013.

The UH-60 Black Hawk is more than 35 years old, according to its maker, Lockheed Martin. It is the Army’s mainstay medium-lift assault and utility helicopter.