(Tribune News Service) — A 19-year-old United States Marines recruit from New Jersey died from extreme heat on the last day of vigorous training in 2021, and the military says in a report shared with his family that the death was avoidable.

A heavily redacted report prepared by the Marines and given to Beals’ mother states her son died of hyperthermia, extreme body temperature, and that he left his platoon alone and was unaccounted for more than an hour.

The report also recommends that “punitive or administrative action” be taken against three Marines in charge of training that day.

A spokesperson for the Marines did not immediately respond on Thursday to calls and emails seeking comment.

“My son’s temperature was 107 degrees. He fell down and never made it back to his platoon,” Stacie Beals, 53, told NJ Advance Media on Thursday.

The report states that Beals experienced “signs of heat injury” and left the 15-member platoon. He was found dead in the woods more than an hour later, apparently searching for sprinklers designed to cool off recruits.

According to the report, those in charge ordered Beals’ platoon to undergo “unauthorized incentive training” during the grueling test.

Fellow recruits told investigators Beals struggled with training on the day he died and that weather conditions were hot, according to the report Stacie Beals received.

The report also says recruits were not able to report problems like excessive heat to their drill instructor, who “did not have the maturity, temperament and leadership skills necessary to be an effective senior drill instructor.”

“The investigation also revealed that the company commander failed to properly address concerns raised by (others) regarding (the senior drill instructors) perceived indifference toward recruits,” the report says.

The investigators have recommended action be taken against the senior drill instructor, the company commander and the series commander involved with Beals’ group.

The investigators said a survey of Beals’ fellow recruits showed that most, if not all, had difficulty raising issues with the senior drill instructor — who himself had difficulty transitioning into his role.

The senior instructor, whose name is redacted, told recruits “to go away when certain recruits request medical (attention),” the report states.

“I will never bring any problems to my SDI (senior drill instructor) for the mere fact that he doesn’t care at all,” one recruit wrote in the survey.

Another Marine wrote, “many recruits are scared to go to SDI for medical and other problems because they don’t want to get dropped or become a target.”

“Senior drill instructor doesn’t like being bothered and curses us out for messing with his time,” another recruit wrote.

In speaking with Beals’ fellow recruits, Stacie Beals says she learned her son was a leader, someone who would push others along during the most intense training of their lives.

“When we went down there, it was told to us from many of the other recruits that my son was one of the strongest in his group,” she said.

But on the day of his death, Stacie Beals said another recruit had asked her son for help but Beals was too exhausted.

“He was staggering. He was falling down. He was hunched over. He was having problems breathing. He said, ‘Dude, I can’t even see,” she said.

After her son’s death, Stacie Beals said she flew to South Carolina for his graduation. “We still went. I wanted to meet his platoon members and see where he had been and try to get some more answers.”

“My son passed over a year ago,” she said. “This has been months in waiting, and months, as far as just trying to find out what charges they would file.”

At more than 6-feet tall and 225 pounds, Stacie Beals said her son was a strapping teenager who could have played professional sports.

“My son wrestled and played football,” she said. “He could have played college football and that was my hope. Everything would have been different.” 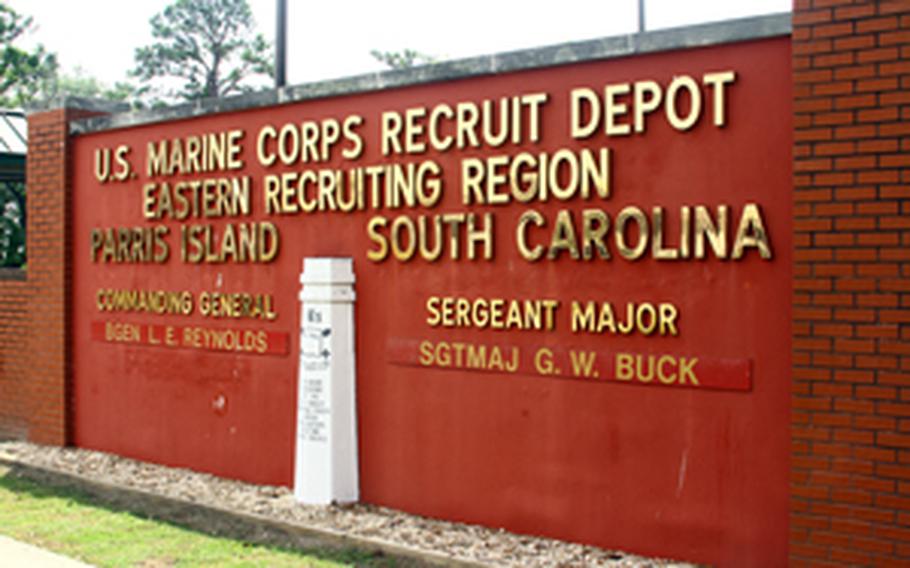