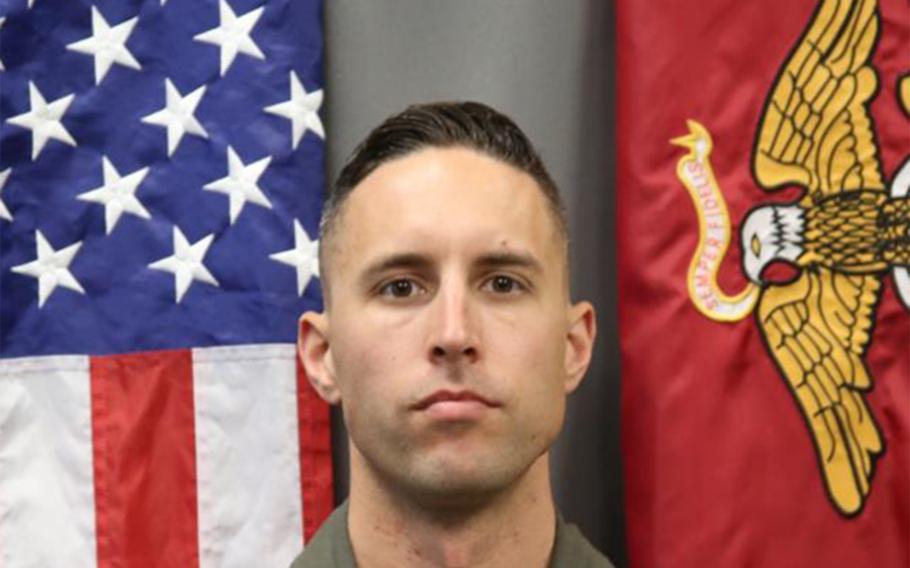 In a public statement, Sax said that becoming a pilot was a lifelong ambition for his son, Capt. John J. Sax.

"There was never any doubt from a young age that Johnny would be a pilot and his passion was to fly! I am so proud of the man he became and so proud to call him my son!" he said in a statement released by CBS News. "This loss will change my life forever and is a loss to not only the Marines but this world!"

Steve Sax played for the Dodgers from 1981-88, including two World Series, before moving on to other Major League baseball teams. He is currently a sports podcaster and radio host.

"For those of you that knew Johnny, you saw his huge smile, bright light, his love for his family, the Marines, the joy of flying airplanes and defending our country!," his statement said. "He was my hero and the best man I know, there was no better person to defend our country."

A tribute to Carlson was posted publicly by Illinois Rep. John Cabello, who said he knew Carlson since childhood and "watched Nathan grow up to become a honorable man ...

"Nathan loved being a Marine and flying in his Osprey," Cabello posted to Facebook. "What Nathan didn't know was how he made the lives of those he knew better. Being around Nathan was always a great time."

The cause of the crash remains under investigation, Marine officials said Friday.

The Osprey is a tilt-rotor aircraft that can take off and land like a helicopter and fly like an airplane by pivoting its rotors. Versions of the aircraft are flown by the Marines, Navy and Air Force to transport troops and equipment. It has a higher top speed and longer range than a helicopter but is able to hover and land in a similar manner.

The aircraft, however, has a troubled and controversial history since its first test flights in 1989.

Wednesday's crash was one of two involving military aircraft in Imperial County during a two-day span this week.

On Thursday, a Navy helicopter went down near Palo Verde during a training flight.