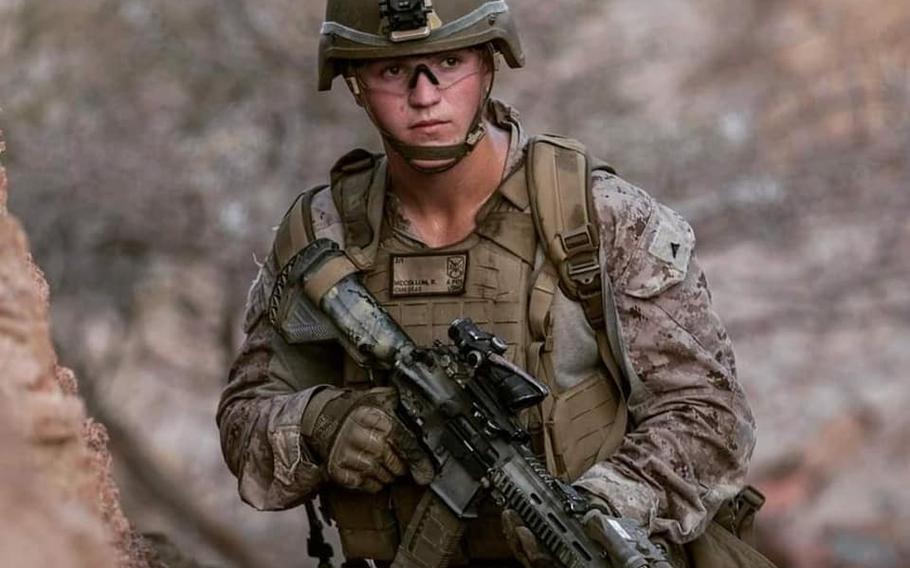 (Tribune News Service) — NBC reports a Wyoming judge has dismissed a $25 million defamation suit against Alec Baldwin filed by the family of a slain U.S. Marine.

According to the lawsuit, Baldwin sent a $5,000 check to the sister of Lance Cpl. Rylee McCollum, one of 13 Marines killed outside of Afghanistan’s airport in August as the U.S. sought to evacuate Americans during the Taliban takeover, for his widow, Jiennah Crayton, and their baby. In January, he accused Roice McCollum of participating in the Capitol riots, calling her an “insurrectionist” and posting photos on Instagram showing her in a “Make America Great” again hat at the Washington Monument on Jan. 6, 2021.

“When I sent the $ for your late brother, out of real respect for his service to this country, I didn’t know you were a January 6th rioter.” Baldwin wrote on Instagram.

Roice reportedly admitted in court documents that she attended a protest in Washington, D.C., on Jan. 6, but said she did not participate in the riots and was cleared after an interview with the FBI. She said that she and other family members received “hostile, aggressive, hateful” messages after Baldwin’s “false” and “irresponsible, vindictive” comments, demanding at least $25 million in damages for alleged defamation, invasion of privacy, negligence and intentional infliction of emotional distress.

According to NBC, the federal judge did not rule on the merits of the suit, but said Wyoming, where McCollum’s family lived, lacked jurisdiction. An attorney for the McCollum family said the lawsuit will be refiled elsewhere.