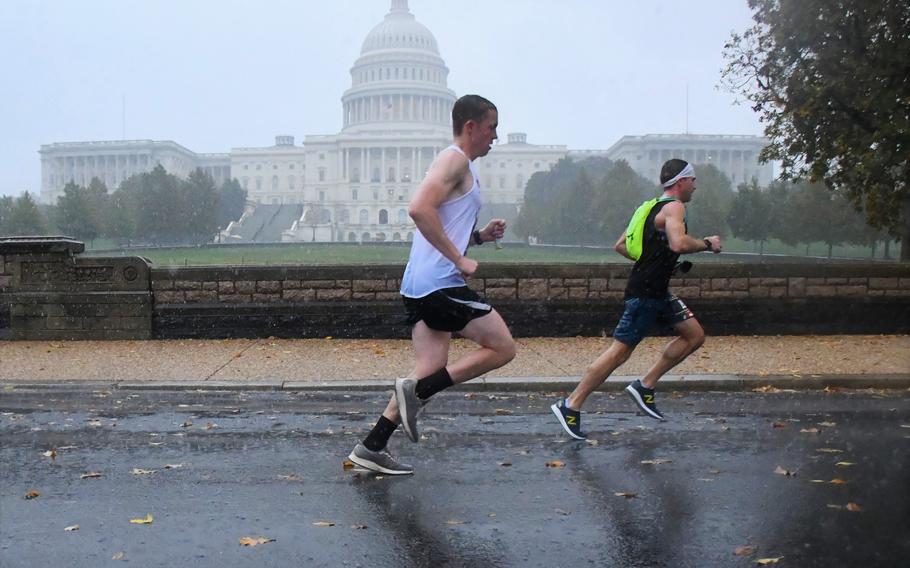 Buy Photo
Runners in the 2019 Marine Corps Marathon pass the U.S. Capitol in Washington, D.C., at about 19 miles into the 26.2-mile race. (Karin Zeitvogel/Stars and Stripes)

The 46th Marine Corps Marathon will be held as a virtual event next month, allowing those who choose to participate to do so from wherever they choose, officials said. The event had been set for the weekend of Oct. 29 through Oct. 31, featuring 10K and 50K races and the signature marathon, which is described as the world’s largest marathon without prize money.

“After exhausting all possibilities, the opportunity to safely operate and execute a live event is just not feasible at this time,” Rick Nealis, the director of the Marine Corps Marathon Organization, said in a statement. “Though we had high hopes to welcome home our running community this October, we are excited to still be able to celebrate the 46th running of ‘The People’s Marathon’ virtually." 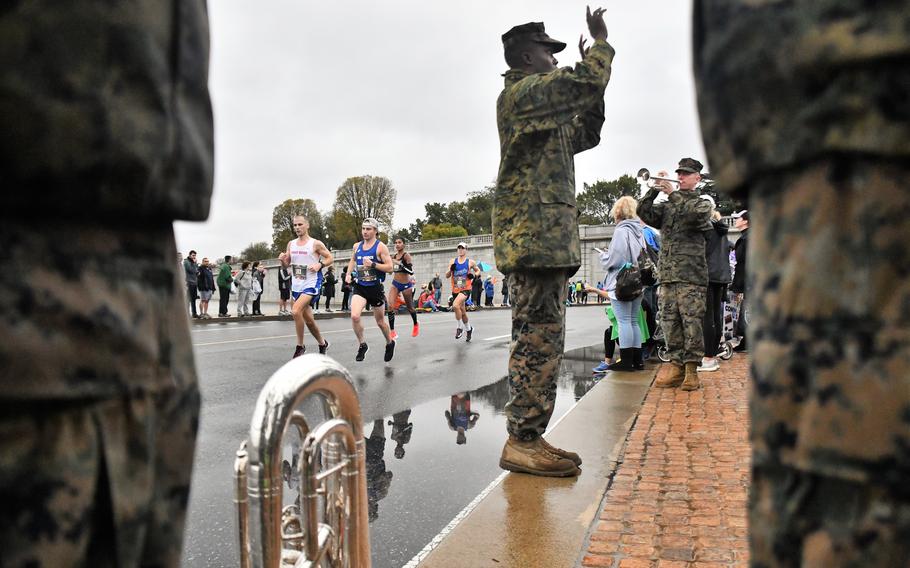 Buy Photo
Runners in the 2019 Marine Corps Marathon pass the United States Marine Band at mile 10, at the foot of the Lincoln Memorial in Washington, D.C. (Karin Zeitvogel/Stars and Stripes)

Nealis said he hoped the event held in Arlington, Va., and Washington, D.C., would return to an in-person marathon in 2022.

The decision follows the cancellation of the Army Ten-Miler race, which was announced Sept. 13. Army officials cited health concerns about the highly contagious delta variant of the coronavirus in their decision.

Marine Corps Marathon virtual participants can complete their race between Oct. 1 and Nov. 10, the Corps’ 245th birthday, Marine officials said. Participants can track their run via phone applications or other fitness trackers and enter their times online, said Kristen Loflin, a spokeswoman for the marathon.

Those who were signed up for Marine Corps Marathon events will be emailed with options for a refund, to change their registration to the virtual event or defer registration to 2022, officials said. They will receive a race T-shirt, finisher medal and other items via mail.

Loflin said the decision not to run the event live is consistent with Defense Department guidance on force health protection considering high rates of coronavirus transmission throughout the country.

Marine officials asked participants to understand their decision in cancelling the live marathon.

“Although we were not able to conduct a live event for 2021, we trust that each of you understand that safety for you and our great support team took priority,” Marine Col. Michael Brooks, who commands Marine Corps Installations-National Capital Region and Marine Corps Base Quantico, Va., said in a statement. “As Marines, we are trained to adapt and overcome, and this is a great test of your ability to adapt and overcome all things this year has presented. I ask that you run hard and with purpose and finish strong.”