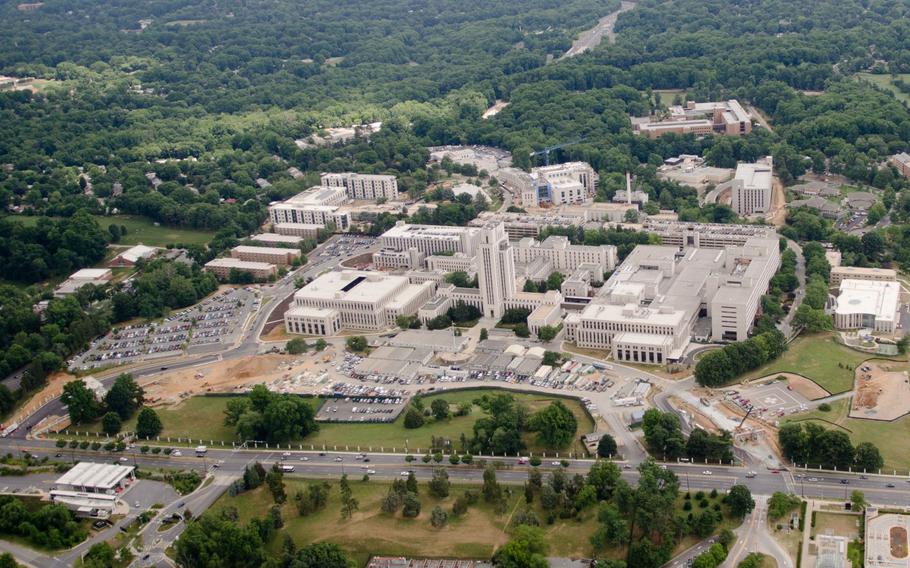 Four Marines injured in the attack by an Islamic State suicide bomber at the Kabul airport are still being treated for their wounds at Walter Reed National Military Medical Center nearly a month later (U.S. Army)

The numbers are down from Sept. 7 when 15 wounded Marines were being treated at Walter Reed, one of whom was in critical condition, three were in serious condition and 11 were in stable condition, Henderson said at the time.

The injured Marines are among the survivors of the ISIS-K attack at Hamid Karzai International Airport on Aug. 26 during the final days of the U.S. military’s withdrawal from Afghanistan. Thirteen troops were killed and more than 20 others were injured when an ISIS-K terrorist detonated an explosive vest and gunmen fired into the crowds near the airport’s Abbey gate.

ISIS-K, an abbreviation for ISIS-Khorasan, is the Afghanistan branch of the Islamic State terrorist group.

Seventeen Marines were wounded in the attack, and all the troops killed were awarded Purple Hearts and approved this month for combat action ribbons, according to the Marine Corps.

The service members were screening hopeful evacuees at the airport’s entrance when the attack happened after nearly two weeks of an evacuation mission to remove Americans and allies, including Afghans, from the country after it fell to the Taliban on Aug. 15.

More than 124,000 people were evacuated from Afghanistan before the last U.S. troops left Kabul on Aug. 30.