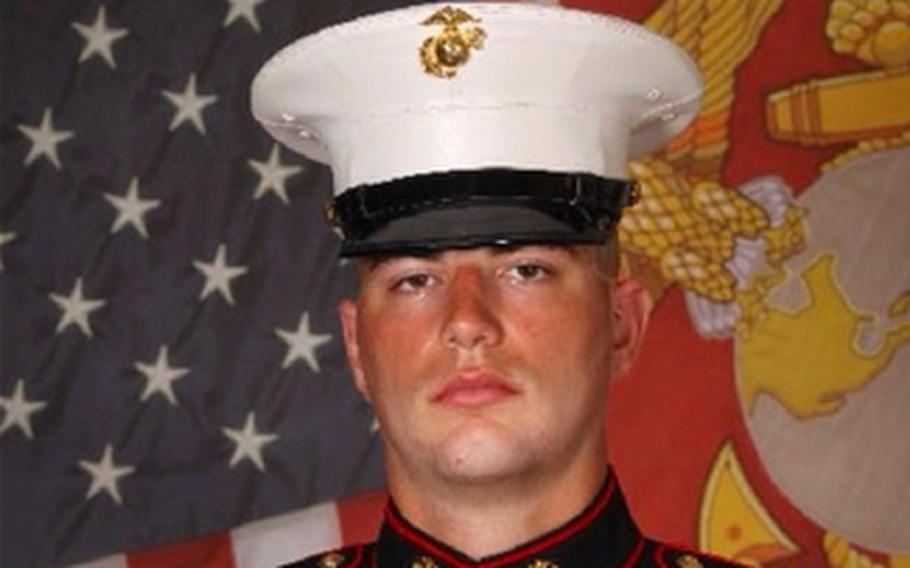 HILTON HEAD, S.C. (Tribune News Service) — On a hot and humid late Friday afternoon, Pfc. Dalton Beals needed medical attention during the brutal final training exercises at Marine Corps Recruit Depot Parris Island known as the Crucible. But he wasn’t the only one.

In five frantic 911 calls for help that Beaufort County received on June 4 between 3:39 p.m. and 5:14 p.m., at least two additional Marines also were suffering from heat injuries, records show. They survived.

Beals, a 19-year-old from of Pennsville, N.J., could not be revived.

Multiple investigations are now underway into the death of Beals — and the safety of the Crucible, a 54-hour training exercise that tests the mettle of recruits before they become Marines and graduate.

The Island Packet and Beaufort Gazette requested 911 transcripts and audio recordings of calls made to Beaufort County dispatchers, as well as details from Parris Island Marine Corps Recruit Depot about that day’s tragic events.

The 911 calls indicate an intense scene on the ground during attempts to revive Beals and help the other two recruits.

How long did it take before somebody noticed that Beals needed help? How long had he been unresponsive before first responders were alerted and turned their attention to him?

Capt. Bryan McDonnell, MCRD spokesman, said emergency responders with Parris Island Fire and Emergency Services, which had a substation in the Crucible training area, reached each recruit within 10 minutes of being notified by dispatchers.

But the Beaufort County 911 call records show that some Marines who called for help initially had difficulty being patched through to the emergency dispatchers on Parris Island.

At the time, the recruits were participating in the Crucible training, which begins on week 11 of their 13 weeks at Parris Island, a recruit station that trains 20,000 men and women a year.

Beals was described as a “gentle giant” who dreamed of joining the military.

His autopsy was conducted on Tuesday at the Medical University of South Carolina in Charleston, according to Deputy Coroner Debbie Youmans. Results of autopsies are typically available eight to 10 weeks later, Youmans said.

A probe by the Naval Criminal Investigative Service is being conducted into the cause of Beals’ death, MCRD’s McDonnell said.

And a safety inquiry of the Crucible is being conducted by a board led by a senior officer. Made up of subject panel experts, that panel is looking specifically at the safety of the Crucible, McDonnell said.

What happened on June 4?

On Friday, the second day of the Crucible, temperatures in the vicinity of Parris Island were in the mid- to upper-80s, and relative humidity levels in the 60% to 70% range, according to National Oceanic and Atmospheric Administration’s National Centers for Environmental Information.

The first 911 call was made at 3:49 p.m. and claimed a recruit was suffering from “heat injuries.”

“We have a recruit who is hallucinating,” the caller said.

Parris Island Fire and Emergency Services is based at Parris Island and has its own dispatch services separate from Beaufort County.

In another call at 3:51 p.m., a Beaufort County dispatcher called Parris Island emergency services dispatchers to inquire whether they were aware of the situation.

An hour later, Beaufort County dispatchers received a second call for help. The recruit who was in distress was identified as a woman who was also suffering from the heat. Those at the scene can be heard in the background trying to assist her by elevating her legs and trying to help her cool down.

“Open your eyes,” a person in the background said. “I know it’s cold. You have to stay awake!”

The calls continued to bounce back to Beaufort County.

The third call for help came at 5:12 p.m., asking Beaufort County dispatchers to transfer them to Parris Island.

“We have a recruit that is unresponsive right now,” a caller, who identified himself as Sergeant Howard, said. “I’m pretty sure Med One is already out here, but we have another one going down; we’re calling them over right now.”

A fourth call came a minute later from Hilton Head dispatchers, who transferred the caller to Beaufort County. The caller informed dispatchers that the recruit, Beals, had no pulse before being instructed by someone on their end to wave down an ambulance.

The call appears to have disconnected, and Beaufort County received its fifth call asking for help on Page Field. Those present at the scene can be heard attempting to resuscitate Beals with the help of the dispatcher.

The call was bounced back to Beaufort County once more while dispatchers tried to connect with Parris Island before being told by the caller that Parris Island police officers had arrived.

At 5:15 p.m., a Beaufort County dispatcher (BCD) made a final call to Parris Island dispatch (PID).

BCD: OK, I was calling you because we had a CPR the recruit down, you’re getting him en route there right?

BCD: Is there something wrong with you all’s phones?

PID: What do you mean?

BCD: It’s rolling over back to Beaufort County.

PID: It’s rolling over back to Beaufort County?

PID: OK, thank you for that. I believe there is something wrong.

BCD: Yeah can you make sure it’s OK because we have, like, five calls from you all about that for that CPR call.

McDonnell said late last week that it does not appear the call transfers caused a delayed medical response.

In each case, medical responders reached the recruits in under 10 minutes after they were notified by dispatchers.

Did the transfers between Beaufort County and Parris Island dispatchers make that response longer?

Transfer times between dispatchers average under 90 seconds, “so it does not seem to have caused a significant delay,” McDonnell said.

Reviewing the transfer times will be part of the investigation, McDonnell said.

During the Crucible, an entire company, which includes six platoons of 70 to 90 recruits, participates in the training at the same time, rotating through different event areas that are not that far apart.

Medical personnel were already on the scene responding to two individuals suffering heat-related illness when they got the call that Beals needed help, McDonnell said.

They were a few yards away and immediately went to Beals.

“Close enough to be there in one minute,” McDonnell said.

Those medical responders attempted to resuscitate Beals at that time, he said. He was pronounced dead at the scene.

McDonnell said he couldn’t comment on the circumstances of Beals’ death, including whether Beals already had died by the time medical personnel reached him, because the case is under investigation.

A second recruit was treated at Beaufort Memorial Hospital. Another was treated on the scene. The names of the other individuals who needed medical assistance were not released.

Those who completed the exercise have received their Corps’ Eagle, Globe and Anchor Emblem, McDonnell said.

Chaplains and behavior health personnel have been made available to speak with the new Marines, McDonnell said.

Graduation for Echo Company is June 18.

Said McDonnell: “Our hearts go out to them [Beals’ family] and new Marines that trained with Dalton.”