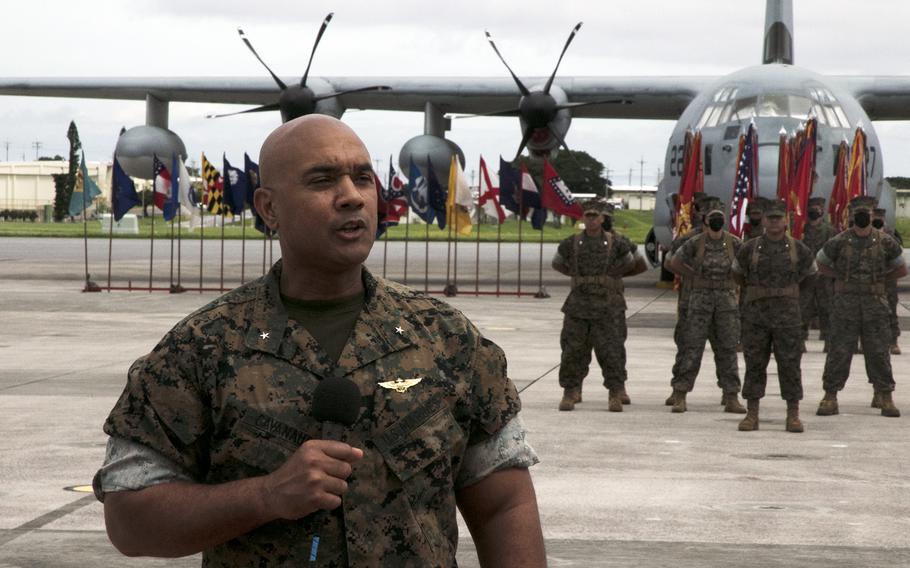 Cavanaugh, a Bronze Star recipient, is no stranger to 1st MAW. He has held every rank in his 30-year career, save for second lieutenant, while serving under its banner, he said.

The 1st Marine Aircraft Wing — often referred to as the “tip of the spear” in Marine aviation — consists of approximately 7,500 Marines and sailors operating a complement of fixed- and rotary-wing aircraft from bases across Japan and Hawaii. The unit is the aviation combat element of III Marine Expeditionary Force.

The wing’s mission is to provide offensive air support, anti-air support, aerial reconnaissance and electronic countermeasures, according to the Marine Corps. The wing may also perform tasks on behalf of the Navy.

McPhillips’ two years were marked by the coronavirus pandemic and a steady stream of exercises in new Marine island-fight doctrine called expeditionary advanced base operations. The strategy calls for Marines to move inside the range of an adversary’s “long-range precision fires” and establish difficult-to-target forward bases. 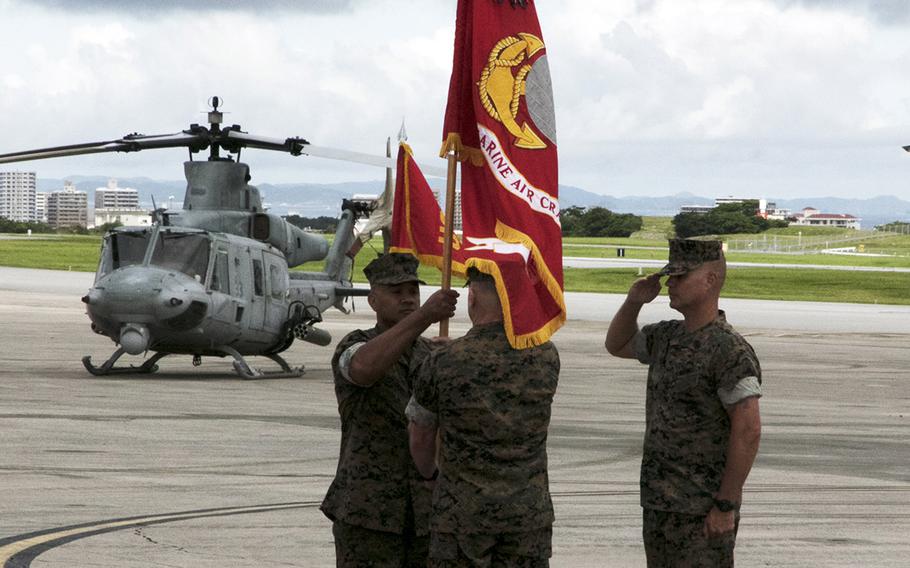 Air assets have the capability to refuel and rearm in remote and austere locations as opposed to large, static military bases that could be targeted by adversaries.

At Friday’s ceremony, McPhillips lauded his Marines for remaining ready during the pandemic. He said the future was bright for the wing and III MEF.

“I couldn’t be more excited about the officer that is taking my place,” McPhillips said of his friend of over 30 years. “This is heartfelt for me; there is not a better person to take command of this unit right now. He’s a quality leader and I think 1st MAW is going to be better off for having him.”

Cavanaugh returns to the wing from Marine Corps headquarters in Washington, D.C., where he served as assistant deputy commandant for programs and resources, a March 4 Pentagon statement said.

Both he and McPhillips have been nominated by President Joe Biden to the rank of major general, the statement said.