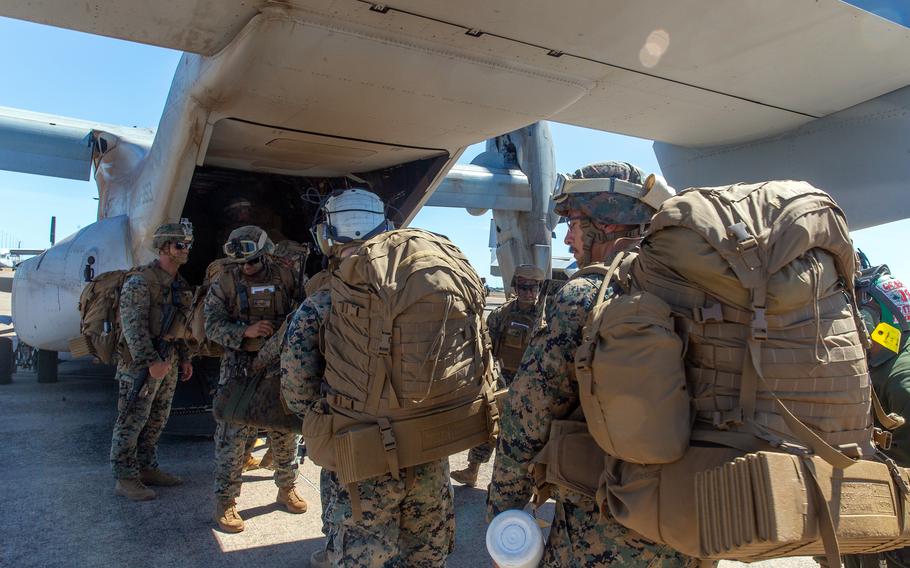 A company of U.S. Marines will soon join Australian and Japanese troops in the Outback for drills that aim to enhance their ability to coordinate artillery and air support with both manned and unmanned aircraft.

“The purpose of the exercise is to increase the capacity to mutually support one another during joint operations,” he said.

The force of 2,200 Marines is twice the size of the one that deployed to Darwin for the annual six-month rotation last year as the coronavirus pandemic raged. A record 2,500 Marines were sent there in 2019.

Southern Jackaroo, which happens annually, reinforces cooperation across a range of military disciplines, including infantry, aviation, artillery, and combat engineer training, according to the head of Australia’s army, Lt. Gen. Rick Burr.

“The three forces will conduct complex activities coordinating artillery, unmanned aircraft systems and rotary wing assets,” he said in an army statement. “There is a lot to learn from our partners and this trilateral format allows us to better understand our respective capabilities. It also enables us to continue to work together and be ready to contribute to national and collective responses.”