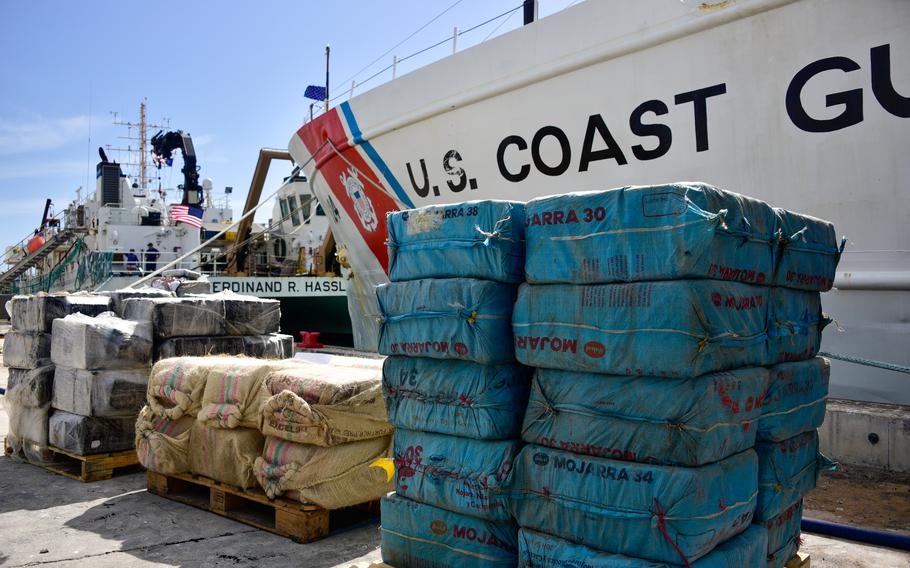 MIAMI (Tribune News Service) — A U.S. Coast Guard crew offloaded more than $243 million worth of cocaine at their base in Miami Beach following a 45-day patrol in the Caribbean, according to the military branch.

The crew on Friday seized about 8,500 pounds of cocaine and detained 13 suspected drug smugglers from Dominican Republic and Colombia, the Coast Guard said in a news release the following day.

Other federal agencies and the Royal Netherlands Navy also participated in the operation, according to the Coast Guard.

“The Coast Guard’s strong international partnerships, counter threats in the maritime domain, protect each of our countries from transnational organized crime, and work to stabilize and promote good governance in the region,” said Lt. Paul Puddington, a Cost Guard duty enforcement officer.

“We are thankful for coordinated efforts across the U.S. Coast Guard, the Department of Defense, Customs and Border Protection, as well as our international partners from the Netherlands and throughout Central and South America,” he added.

Based in Key West, a suspect vessel is initially detected and monitored by allied, military or law enforcement personnel coordinated by the Joint Interagency Task Force South. The law enforcement phase of operations in the Caribbean is conducted under the authority of the Seventh Coast Guard District, headquartered in Miami.