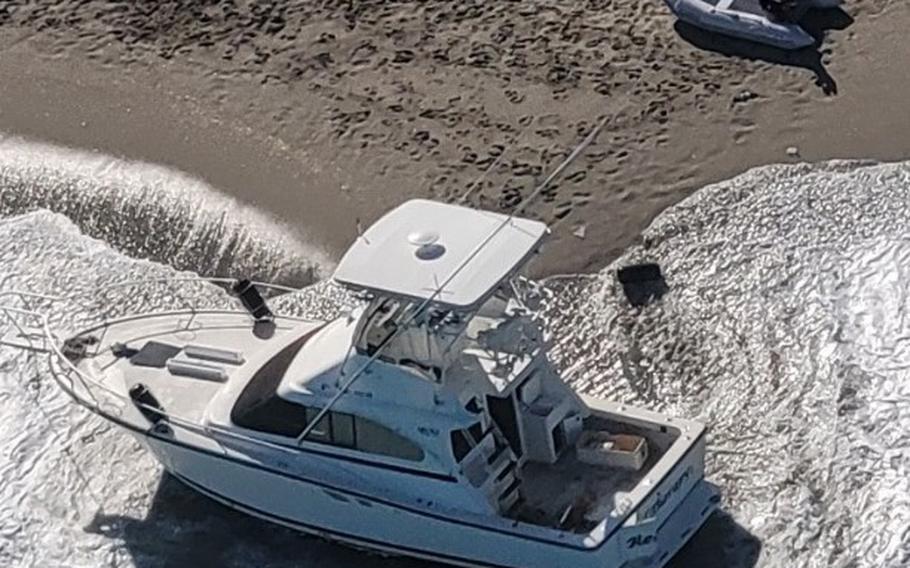 Along with U.S. Customs and Border Protection Air and Marine Operations officers, Coast Guard members detained 43 people on Sunday off Jupiter’s coast and one suspected smuggler was transferred to Homeland Security Investigation officers for further investigation, according to the Coast Guard.

Another 26 people were apprehended on Sunday by Border Patrol officers after a “maritime smuggling event” landed in the vicinity of Ocean Boulevard, the Coast Guard added.

Authorities also detained 28 people of various nationalities on Tuesday off Pompano’s coast, and the case is under investigation by Homeland Security Investigation officers.

Two landings took place off Pompano Beach on Sunday and Tuesday, though approximately 26 people were not apprehended, the Coast Guard noted.

Human trafficking and human smuggling are often confused but the two are very different crimes, according to the U.S. Immigration and Customs Enforcement, or ICE.

Human smuggling involves the provision of a service such as transportation to people who voluntarily seek to gain illegal entry into a foreign country, while human trafficking involves exploiting people for forced labor or commercial sexual exploitation, according to ICE.

“Smugglers exploit vulnerable people for profit with no regard for their safety. We work hard, along with our dedicated local law enforcement and fellow DHS partners, to protect all lives on and offshore,” he continued.

People intercepted at sea are transferred or repatriated to their country of origin, the Coast Guard noted.

These apprehensions off the Florida coast are not rare events.

Last Thursday alone, authorities stopped 30 people in three separate incidents, all between 35 and 45 miles south of Key West. All of them were returned to Cuba, the Coast Guard said

On Saturday, 15 men arrived in a small homemade wooden boat shortly before 3 a.m. on Summerland Key, according to the Border Patrol.

A day later, the Coast Guard rescued three Cubans from a sinking boat off the Florida Keys.