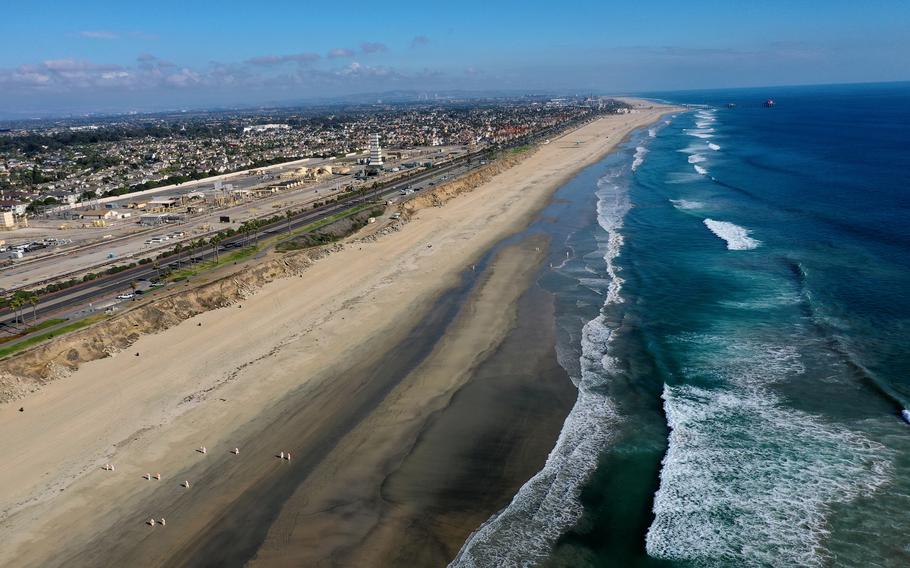 LOS ANGELES (Tribune News Service) — Investigators at the U.S. Coast Guard boarded a cargo vessel Saturday in Long Beach that could be tied to the rupture of an oil pipeline that spilled more than 25,000 gallons of oil off the Orange County Coast, the agency said.

Braden Rostad, chief of investigations, Sector Los Angeles-Long Beach, determined that the "Mediterranean Shipping Company (MSC) DANIT was involved in a January 25, 2021, anchor-dragging incident during a heavy weather event that impacted the Ports of Los Angeles and Long Beach,” the Coast Guard said in a statement.

The anchor-dragging incident occurred near a pipeline that was subsequently discovered to be the source of the Orange County oil spill on Oct. 2, 2021, the statement said.

Investigators suspect an initial anchor strike displaced a portion of the pipeline and stripped away its concrete casing, causing it to be more vulnerable to other potential anchor strikes or environmental stressors.

Data of vessel movements reviewed by the Los Angeles Times shows the cargo vessel during a high wind event Jan. 25 moving over the pipeline while at an anchorage, before eventually moving out to channel near Catalina Island.

The Coast Guard has designated the MSC Mediterranean Shipping Company, S.A. (MSC), the operator of the vessel, and Dordellas Finance Corp., the owner of the vessel, as parties of interest in the marine casualty investigation.

The party in interest designations provide the owner and operator of the MSC DANIT the opportunity to be represented by counsel, to examine and cross-examine witnesses, and to call witnesses who are relevant to the investigation.

The MSC DANIT is just one of several ships that are currently under investigation, said Lt. SondraKay Kneen, a spokeswoman for the Coast Guard’s investigation team.

She added that investigations like this can take months or years to complete.