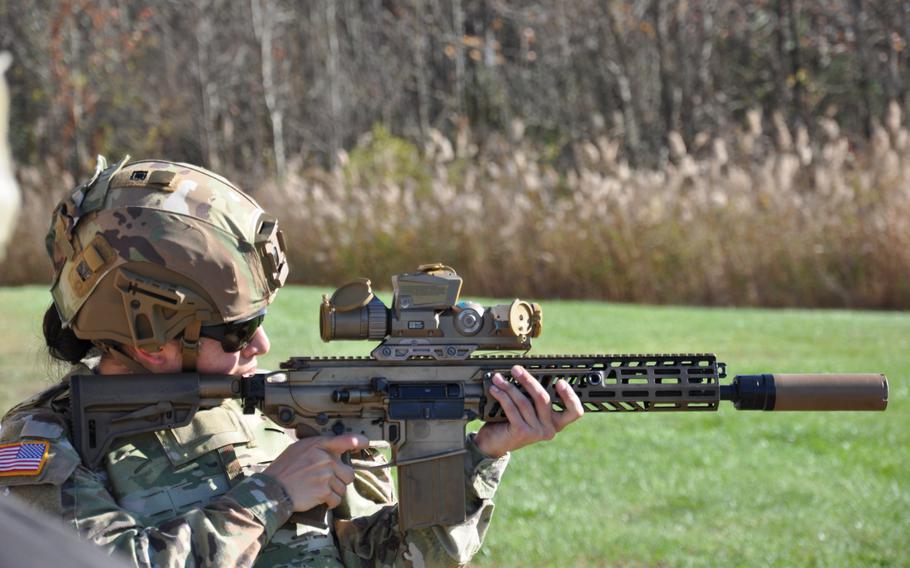 When soldiers get their hands on the Army’s new rifle, it will be known as the M7, the service said Wednesday.

More than five years in the making, the Next Generation Squad Weapon will replace the M4 rifle that all soldiers carry.

Army officials said during an April news conference that Sig Sauer would make the weapons. About 40 of the rifles are projected to roll out later this year.

Originally dubbed the M5, the Army changed course after learning Colt Industries makes a 5.56mm carbine rifle known as the M5, according to a news release from the Army’s Project Manager Soldier Lethality program located at Picatinny Arsenal, N.J.

The Army’s M7 uses 6.8mm ammunition, which also is used in the service’s new automatic rifle — the M250. That weapon will replace the M249 squad automatic weapon.

Both new weapons now have an “X” designation before their names, which is given to an item before it has been fully tested and cleared for production, according to Army standards. Once the Army determines the rifles are ready to produce and field, the X will be dropped.

The new rifles are the first time in more than 65 years that the Army has deviated from ammunition size 5.56. The new ammunition size will provide more capabilities, Brig. Gen. William Boruff, the executive officer of the joint program for armaments and ammunition, said in April.