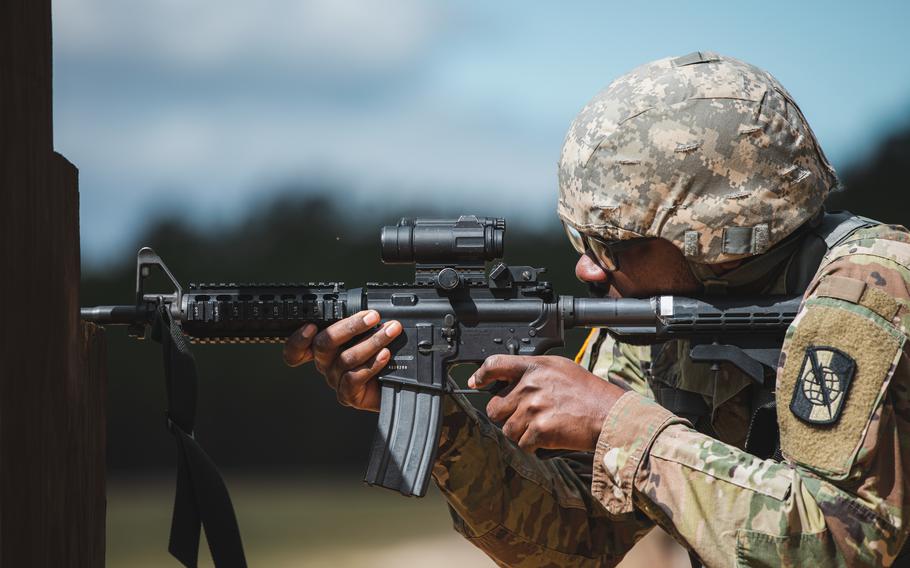 The Army has awarded a 10-year, $20.4 million contract to Sig Sauer to replace the service’s M4 rifle with a new weapons system that officials said reduces aiming errors and brings the Army a new caliber of ammunition for the first time in 65 years.

After a 27-month decision process, the Army chose Sig Sauer over two other competitors to manufacture and deliver two variations of the Next Generation Squad Weapon, the XM5 Rifle, set to replace the M4/M4A1 carbine, and the XM250 Automatic Rifle, replacing the M249 Squad Automatic Weapon.

“The capability increase that these weapons provide over the M4 and the M249 is what’s really exciting. It’s significant,” said Col. Scott Madore, project manager for soldier lethality at Program Executive Office Soldier, the Army office that delivers new capabilities to soldiers. He spoke Wednesday during a news conference to discuss the contract alongside other officers who worked on acquiring the new squad rifle.

Both weapons use a 6.8 common cartridge family of ammunition, deviating from the Army’s 5.56 ammunition that has been the standard for 65 years, said Brig. Gen. William Boruff, the executive officer of the joint program for armaments and ammunition. The new ammunition comes in multiple types of tactical and training rounds to increase accuracy and are more lethal than 5.56mm and 7.62mm ammunition.

“We've kind of maxed out that capability in the 5.56,” Boruff said. “It gives us more capabilities to enhance the weapon in the future.”

About 25 rifles and 15 automatic rifles will reach the first group of soldiers toward the end of 2023 and continue to undergo testing, officials said. Close combat troops, such as infantry, cavalry scouts, forward observers, medics and combat engineers will get the new rifles first, while other soldiers will continue to use the M4 and M249. 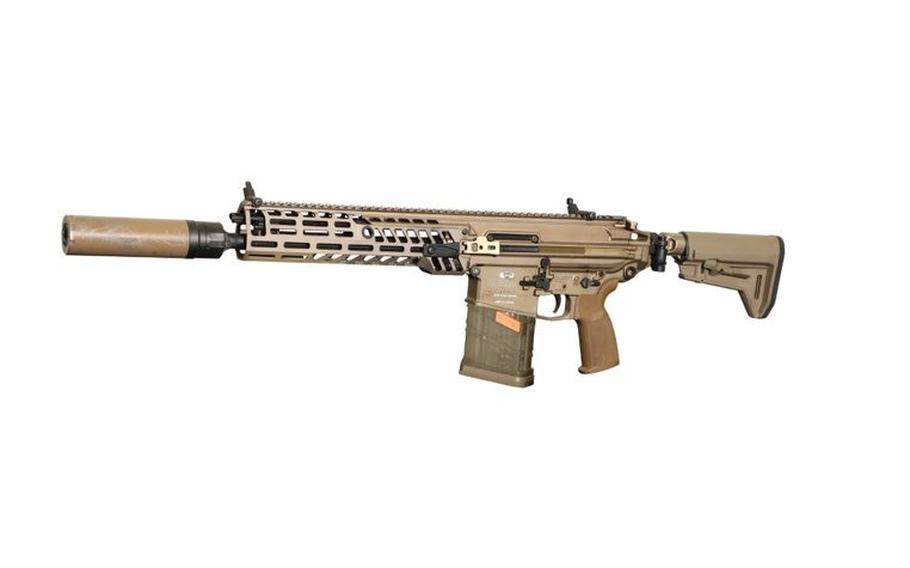 The new XM5 Rifle is pictured here. The Army has awarded a 10-year, $20.4 million contract to Sig Sauer to replace the service’s M4 rifle with a new weapons system. (U.S. Army) 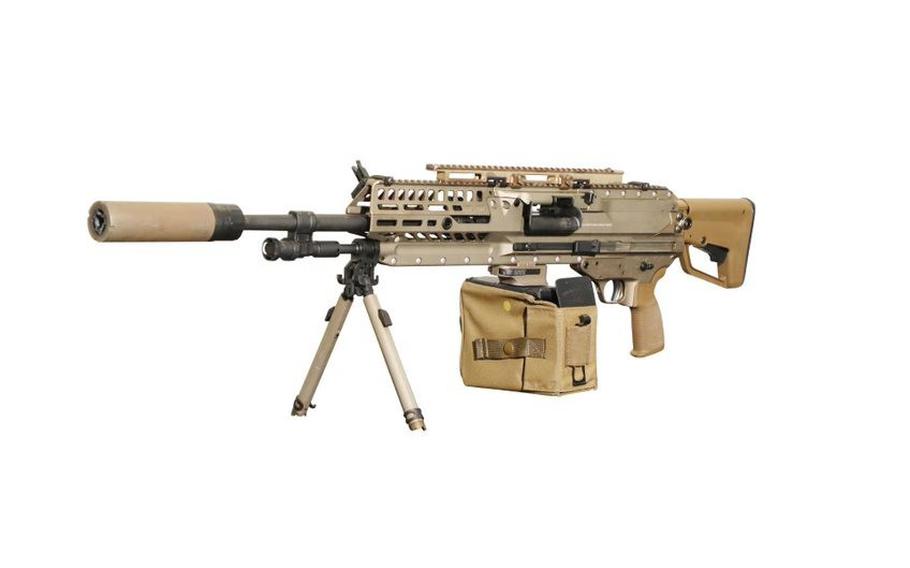 The new XM250 Automatic Rifle is pictured here. The Army has awarded a 10-year, $20.4 million contract to Sig Sauer to replace the service’s M4 rifle with a new weapons system. (U.S. Army)

“It's a game changer,” Madore said of the combination of the rifles and the control system.

While the new ammunition offers more capabilities for soldiers, it means the Army must embark on a new manufacturing and supply chain to make certain there is enough stock available when it’s needed, Boruff said.

The Army has begun work to build a facility at the Lake City Army Ammunition Plant in Missouri that should start producing rounds in 2025 or 2026, he said. However, the service is working with Sig Sauer to have enough ammunition to begin fielding about 40 weapons in 2023.

“We’ll have enough reserve ammunition for the units to go forward and be fielded, and there’s going to be no delay in the fielding plan right now on the ammunition side,” Boruff said.

None of the new efforts will reduce the rate of production on 5.56 or 7.62 rounds, he said.

This will allow the Army and Sig Sauer to establish a production line, improve the quality and then increase the quantity.

The Sig Sauer contract also provides the Army accessories, spares and contractor support, as well as opens the door for other Defense Department services and possibly other countries the chance to buy the new rifles.

Reaching this milestone for the new rifle has been about five years coming. The Army determined in 2017 that it had gaps in its small arms ammunition and began the following year to find a replacement that reduced shooter error through advanced fire-control capabilities, Burris said.

More than two years ago, the Army began comparing weapons through a two-phased process. To select Sig Sauer’s products, the Army conducted 18 soldier interactions with the weapons and more than 100 technical subtests and had more than 500 soldiers and Marines contribute 20,000 hours of user feedback, he said.

“The soldier has never seen this full suite of capabilities in one integrated system,” Burris said.