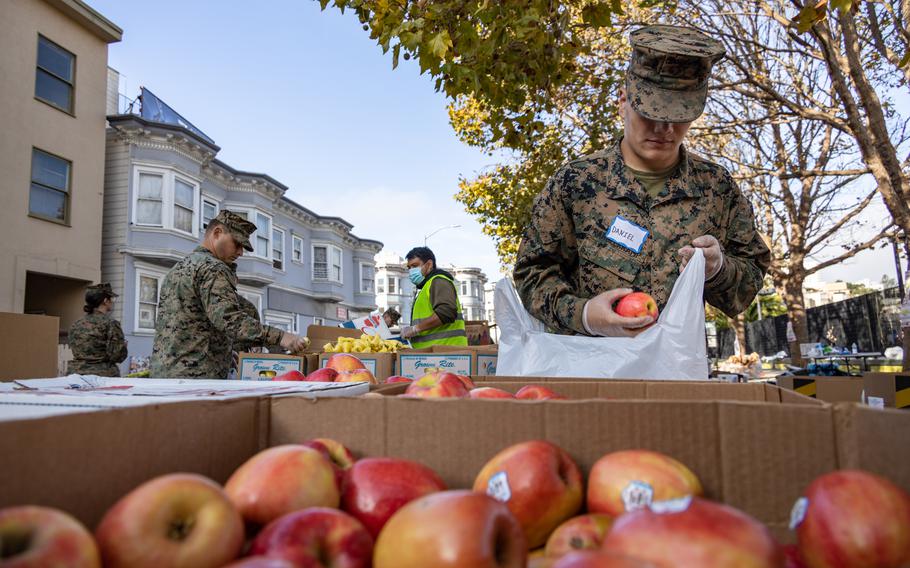 More than 25% of active-duty service members lack consistent access to enough food for their households, and Army personnel or on-base residents are especially at risk for food insecurity, according to a new report.

The findings in the Rand Corp. study are at odds with the conventional wisdom that those most prone to food insecurity in the ranks are junior enlisted members with large families.

Instead, the majority of those affected, 67%, were early- to mid-career enlisted personnel between the pay grades of E-4 and E-6, Rand said.

But the study, published Tuesday, also indicated uncertainty about the root causes of the problem. One question that vexed researchers: Why do enlisted personnel who earn more than their civilian counterparts report much higher levels of food insecurity?

Only 9% of civilians with similar characteristics struggle to put food on the table, a difference of 16 percentage points, according to the study.

“The higher rate of food insecurity among military personnel is surprising and needs to be better understood,” the report said. 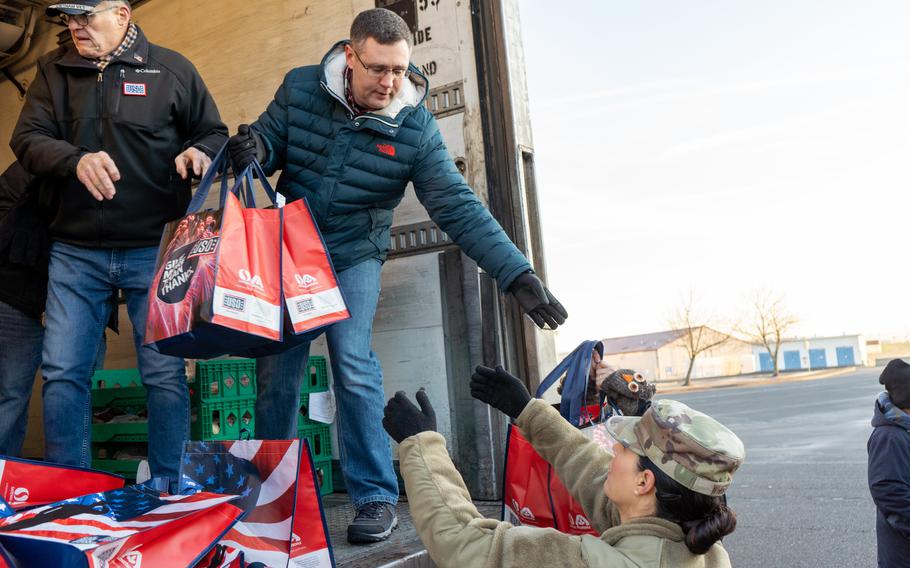 Study participants were asked a series of questions on food security such as how often they could not afford sufficient groceries and whether they skipped meals because of a lack of money.

The study, which Congress directed the Pentagon to sponsor as part of the 2020 National Defense Authorization Act, found that 15.4% of troops would be classified by the U.S. Department of Agriculture as having low food security in 2018.

A further 10.4% could be classified as having very low food security. The USDA defines food security as “access by all people at all times to enough food for an active, healthy life.”

Among the key findings: 14% reported using government food assistance programs in the past year, while others were concerned that seeking help could negatively affect their career or security clearance.

Food-insecure members also were more likely to report having a second job or a spouse with a part-time job.

Still, the findings suggest that at least some military members are opting to keep money in reserve rather than spend it on immediate food needs.

For example, 69% of food-insecure service members reported having money in savings for emergency expenses.

And 29% reported being “very comfortable and secure” or “able to make ends meet without much difficulty” despite qualifying as food-insecure. Of the remaining 71%, nearly two-thirds reported that their difficulties were “occasional” versus “tough” or “in over your head,” Rand said.

The findings point to “the complex nature of food insecurity problems in the military,” Rand said, adding that more research is needed to grasp why food-insecure members do not use emergency savings to address their needs.

As part of the study, Rand examined whether a monthly basic needs allowance that would bring members’ household income to 130% of the federal poverty line would help. In interviews with stakeholders, opinions were divided.

Those in favor of a basic needs allowance told Rand that having enough money for food was the key issue and that additional compensation would help solve the problem.

Others argued that since enlisted personnel are better-compensated than their civilian counterparts, pay wasn’t the driving force and other underlying causes needed to be identified.