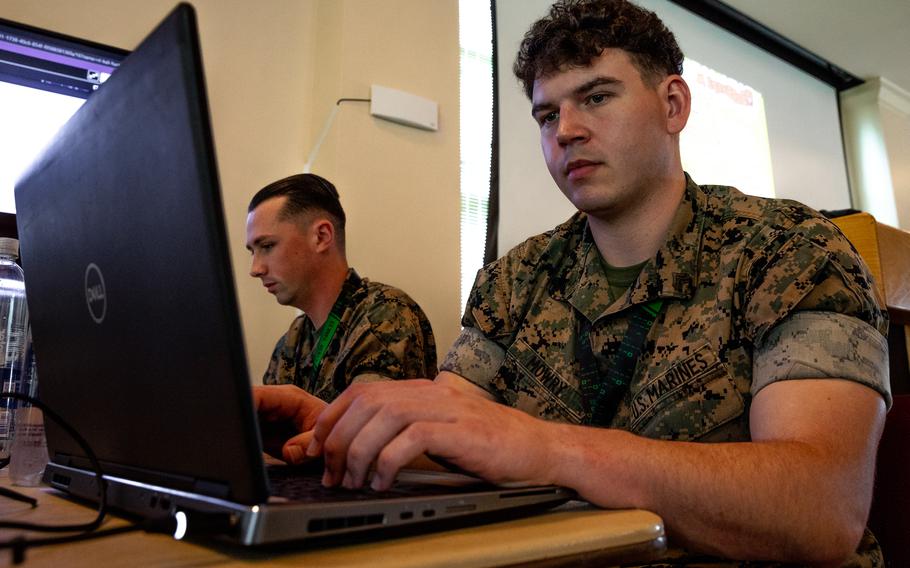 Marine Corps Cpl. Dakota Filyaw, left, and Cpl. Gabriel Mowry, right, cyberspace warfare operators assigned to the 8th Communication Battalion, work on computers at Camp Nett in Niantic, Conn., June 16, 2022. The Marine Corps is the only branch without any service obligations after cyber training, which is often over a year long and costs the military hundreds of thousands of dollars per person. (Matthew Lucibello/U.S. Marine Corps)

While the Navy and Air Force have instituted three-year service obligations to protect their investment, the Corps and the Army are falling short, the Government Accountability Office said in a report this month.

The report comes amid struggles to keep crucial cyber units fully manned, even as cyberwarfare and network protection have become a top priority for a Defense Department whose tech-savvy adversaries include China and Russia.

The Army and Marine Corps have the added challenge of trying to retain specialists without giving them clear-cut service obligations. 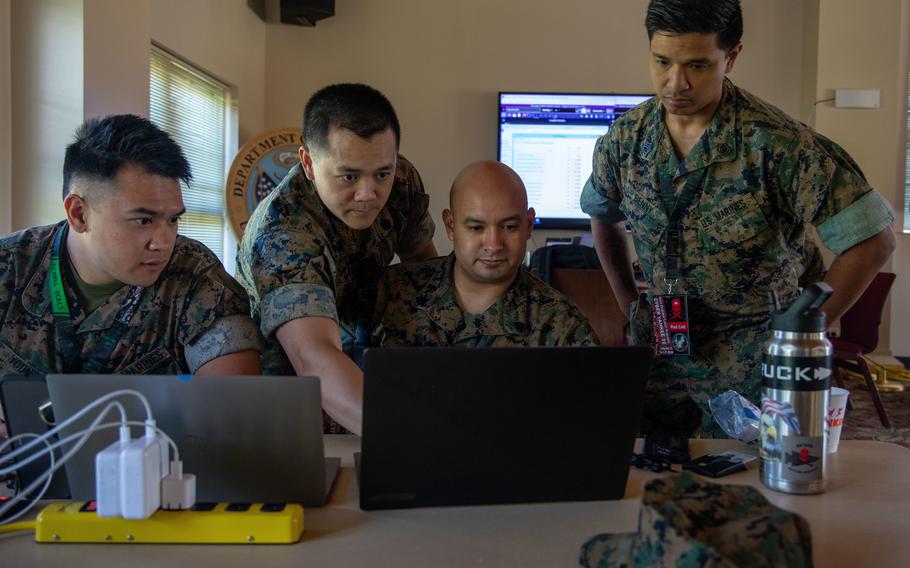 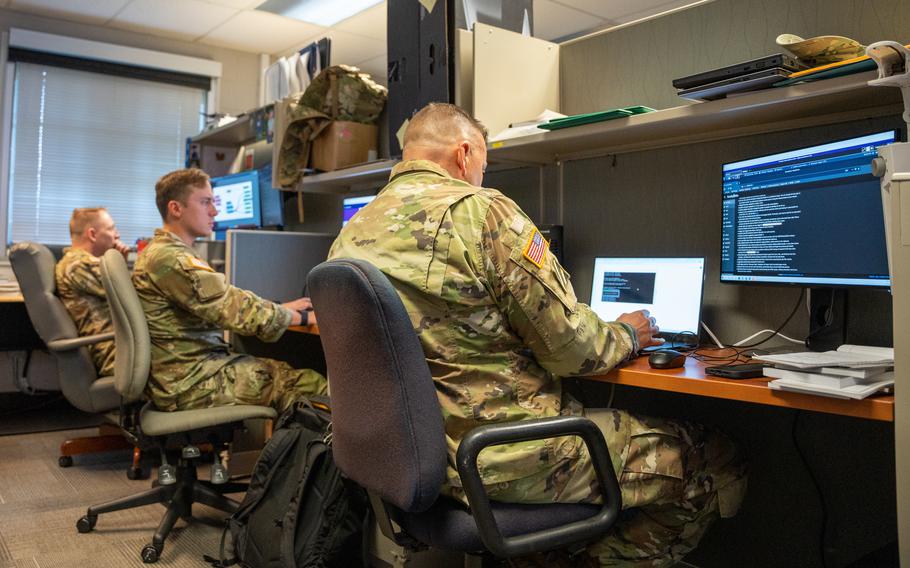 While most Navy, Army and Air Force cyber career fields were staffed at 80% or higher, four of the six such career fields in the Marine Corps were below 80% of authorized levels in fiscal year 2021.

The Marines also are the only branch without any service obligations after cyber training, which is often over a year long and costs the military hundreds of thousands of dollars per person.

Marine Corps officials told the GAO that the service’s cyber office has requested authority to institute a 54-month active-duty service obligation requirement for personnel in these areas.

However, a Marine official told the GAO that there had been no indication whether the request would be approved and implemented.

“As a result, officials stated that it is a challenge to hold personnel to general service obligations when they attend (critical cyber) training,” the GAO said.

The officials said they are working to revise regulations to clearly define a 36-month service obligation for certain training.

The services have taken other steps to try to mitigate the turnover problem, such as retention bonuses, which tallied $160 million in all between 2017 and 2021.

“However, officials have acknowledged that while the military services offer retention bonuses and special pays, they continue to experience challenges retaining qualified cyber personnel,” the GAO said.