Too many service members leave the military without career counseling, GAO finds 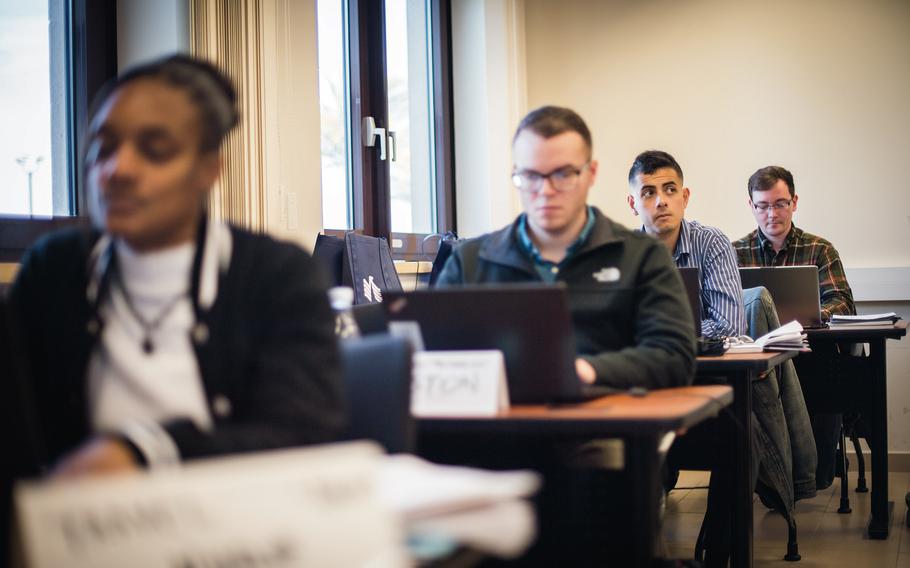 Military personnel attend the Transition Assistance Program class in preparation of separating from active duty at Naval Station Rota, Spain in 2020. A recent Government Accountability Office report found that many active-duty service members do not attend the mandatory class specifically designed to prepare them for civilian life. (Benjamin Lewis/U.S. Navy)

More than half of all service members leaving active duty don’t attend a mandatory class designed to help them prepare for civilian life, according to a recent report by a government watchdog agency.

The military services collectively waived the attendance requirement 53% of the time for a two-day course under the Transition Assistance Program, the Government Accountability Office found.

Service members’ readiness for civilian life is assessed using a three-tier ranking system based on the level of help needed. Service members in the third tier require maximum support. They’re typically younger, lack a college education and have fewer skills, the report stated.

Of the 119,261 active-duty service members rated over the study period, about 41,000 were assigned to tier 3, according to the study. The GAO found that 22% of those in the third tier, or nearly 11,000, received waivers for the class.

“TAP staff we interviewed at two installations expressed concern that two-day class attendance was waived for too many service members, which could undermine their successful transition,” the report stated.

Most TAP counseling pathways participants did not start the program at least a year before their separation as required, potentially impacting their chances of a successful transition, according to the study.

Researchers found that although the services and TAP policy office collected and reviewed data related to the two-day classes, officials did not fully use that information to understand or improve results. But the study also showed that more than 90% of transitioning service members participated in the overarching program and that attendance of the two-day class had increased over previous years.

TAP services include a self-assessment, initial counseling and an analysis of preparedness.

All transitioning service members must attend a three-day class covering topics such as financial readiness, translating military skills to a civilian environment, veterans benefits and services, and employment.

The report noted there are some exceptions, such as if there is compelling belief that a service member will not face major challenges or has been deployed, that allow waiving the requirement. The secretary of defense may waive the participation requirement or delegate that authority, the study noted.

The GAO made several recommendations. One urged the services to better analyze TAP performance information “on when service members begin initial and pre-separation counseling to develop and implement a corrective action plan to improve timeliness.”

“Such analyses could help (DOD) officials better understand which tier 3 service members are at greatest risk of not attending a 2-day class,” the report stated. “It could also help them develop effective corrective action plans.”