US, Japan wrap up weeklong training to control far-flung armies 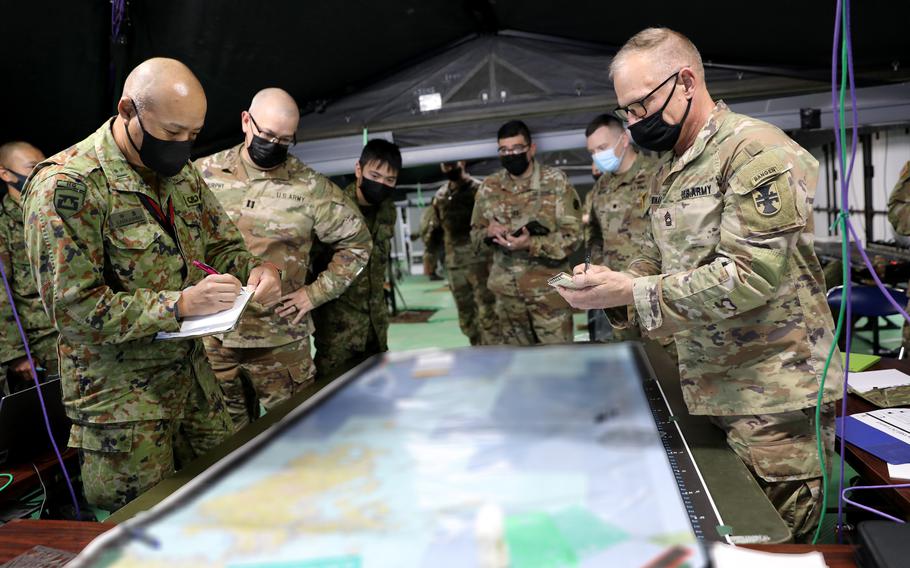 CAMP ASAKA, Japan – U.S. and Japanese troops concluded their largest-ever command post exercise this week, honing skills to fight and win without large bases that might be targeted by missiles.

The annual Yama Sakura exercise, which began Dec. 4, involved 1,200 American and 4,500 Japanese troops at locations all over Japan and at Joint Base Lewis-McChord, Wash., U.S. Army Japan spokesman Maj. Devon Thomas said at Camp Asaka north of Tokyo on Monday.

The exercise was the largest-ever command post exercise involving U.S. Army Pacific and the Japanese army, according to an Army news release that day.

This year’s exercise also signaled a shift in the way the two allies intend to meet a different kind of adversary.

“We can’t operate the way our Army has operated over the past 20 years in Afghanistan and Iraq,” U.S. Army Lt. Gen. Xavier Brunson, I Corps commander, said at a press conference Monday.

China’s massive military build-up includes an expanding arsenal of missiles, with many of them presumably aimed at U.S. bases in Japan. A 2017 report by Navy Cmdr. Thomas Shugart, a senior fellow at the Center for a New American Security, for example, includes satellite imagery of Chinese missile test sites that appear to mimic Yokota, Kadena and Misawa air bases. 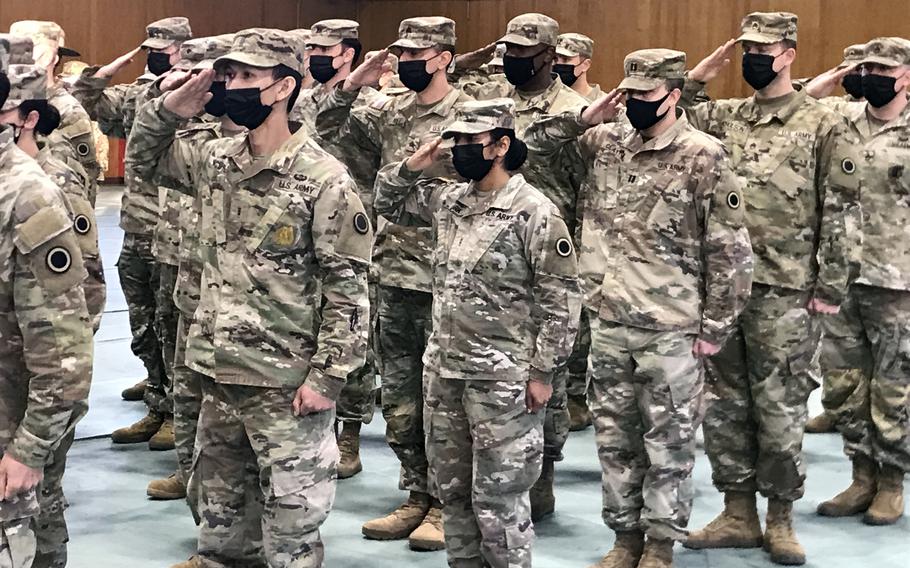 I Corps has distributed its headquarters over the past two years and troops are training to work out of scalable, resilient and survivable command posts, Brunson said.

The exercise involved troops at Asaka and nearby Camp Zama, home of U.S. Army Japan, during Yama Sakura. The drills also incorporated personnel in facilities on the southern island of Kyushu and the northern island of Hokkaido as well as in Washington state, Thomas said.

“We can stay in contact but not necessarily be co-located,” Brunson said.

The exercise involved multidomain operations across evolving areas of warfighting such as space and cyber operations, he said.

Japan is looking to acquire a “counterstrike capability” to take out enemy missile sites if the country is attacked, the Ministry of Defense said last month.

At Monday’s press conference, Brunson did not comment directly about the proposed Tomahawk acquisition but said any time allies are developing new capabilities to help them defend their territory, it’s important.

“The Tomahawk is a capability that the U.S. joint force possesses,” he said.

There is a limit to what a single country can do to resolve disputes, Gen. Tadao Maeda, commander of the Ground Component Command, told reporters at the press conference, without directly addressing the Tomahawk question.

“It’s necessary to strengthen the U.S. alliance and relationships with other countries,” he said.

Australian soldiers and a pair of Filipino generals observed this year’s Yama Sakura.