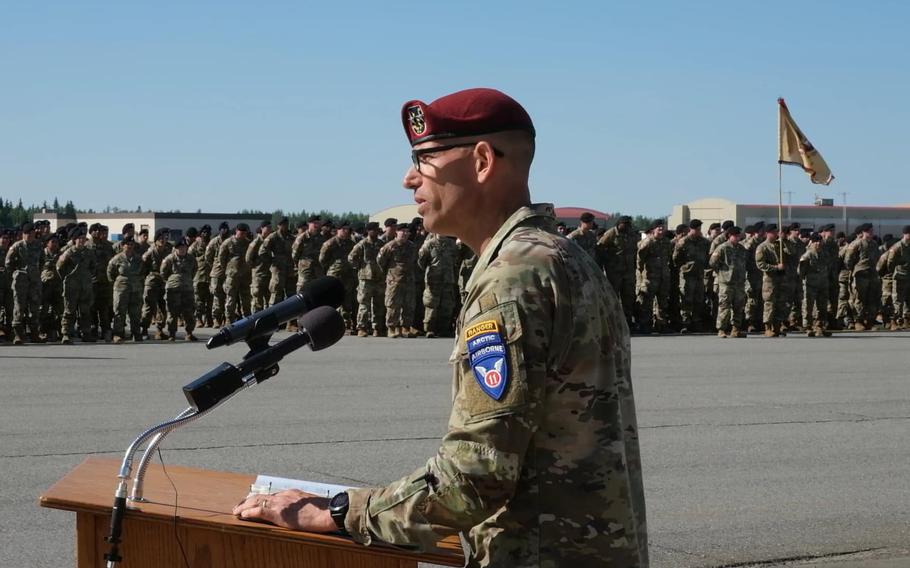 Army soldiers in Alaska were issued new unit patches Monday as the service activated the long-dormant 11th Airborne Division, part of a sweeping reorganization aimed at prioritizing operations in the Arctic Region.

The former Army Alaska headquarters and the Alaska-based 1st and 4th Brigade Combat Teams of the 25th Infantry Division were rolled into the 11th Airborne Division, which Army officials said would adopt the moniker “Arctic Angels.” The new division — led by the former Army Alaska commander Maj. Gen. Brian Eifler — will focus almost solely on Arctic and cold-weather combat operations amid the Pentagon’s renewed interest in challenging Russian and Chinese ambitions in the far North.

“These soldiers are going to be on the leading edge of innovation and the development of tactics, techniques and procedures and new equipment that we’re going to need to have the advantage in the Arctic,” said Gen. James McConville, the Army chief of staff who oversaw the division activation ceremony Monday at Fort Wainwright near Fairbanks in central Alaska. “Arctic warfighting is just what [the units] will do, and that’s the identity we’re looking to build with the 11th Airborne Division.”

Last year, the Army announced it would stand up a new Arctic-focused division headquarters in its Arctic Strategy, which called for a renewed effort to train and equip soldiers to fight in the most extreme Arctic conditions after the Pentagon largely ignored the region for decades. Pentagon leaders in recent years have said its troops must be prepared for potential conflict in the Arctic as near-peer competitors, including Russia and China, increase operations in the natural resource-rich region where melting ice has opened new sea routes.

In a ceremony steeped in Army tradition, Eifler unfurled the new division’s unit flag bearing the patch that Alaska-based soldiers will now wear — a blue shield adorned with the number 11 inside a red circle with white wings. The new division’s insignia is topped with “Arctic” and “Airborne” tabs. 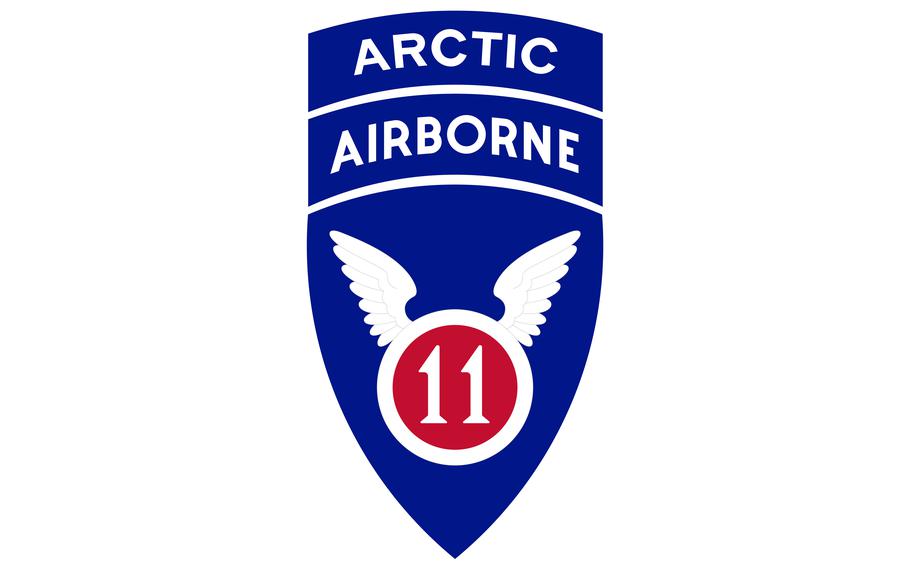 The unit will shed its Strykers during the summer months and test several new vehicles including Cold-Weather All-Terrain Vehicles, the Army chief of staff said. The brigade will also shrink somewhat in size, though McConville said most of those soldiers removed from the unit will transfer to the division’s headquarters.

Army officials have said in recent years that Strykers — armored, wheeled infantry troop carriers — have struggled to perform in cold-weather operations. In the Army’s fiscal 2023 budget request submitted to Congress in March, service leaders requested the purchase of 13 Cold Weather All-Terrain Vehicles, or CATVs, which are massive, tracked vehicles specifically designed for operating in the extreme cold and across rough terrain, according to its manufacturer Oshkosh Defense.

The departing Strykers will be either upgraded to newer models or stripped for parts to support Stryker units elsewhere in the Army, McConville said. But he did not provide an estimate for the cost to convert the division headquarters or the former Stryker unit to a light infantry unit.

In a second ceremony slated to be held later Monday, the former 4th Airborne Brigade Combat Team, 25th Infantry Division adopted its new name, 2nd Airborne Brigade Combat Team, 11th Airborne Division. Based at Joint Base Elmendorf-Richardson near Anchorage, Alaska, that unit’s makeup was not slated for any changes because the Army elected to maintain those paratroopers on airborne status, which McConville said would have uses in cold-weather operations.

Eifler, who took command of U.S. Army Alaska in July 2021, said consolidating Alaska-based soldiers under one division headquarters would help those soldiers build an Arctic-focused identity separate from the rest of the Army.

“We’re consolidating [Alaska-based units] under one unit patch with one identity,” said Eifler, a veteran of the recent wars in Iraq and Afghanistan with extensive combat experience with storied units including the 75th Ranger Regiment and 82nd Airborne Division. “This division will be unique, and it’s going to have multiple capabilities to bring to the [Arctic] Region.”

The activation returns the 11th Airborne Division to the active Army for the first time since it was deactivated in 1965. The division was first constituted in 1943 and is most famous for its operations in New Guinea and the Philippines during World War II, including a combat jump into Tagaytay Ridge in the Philippines in January 1944.