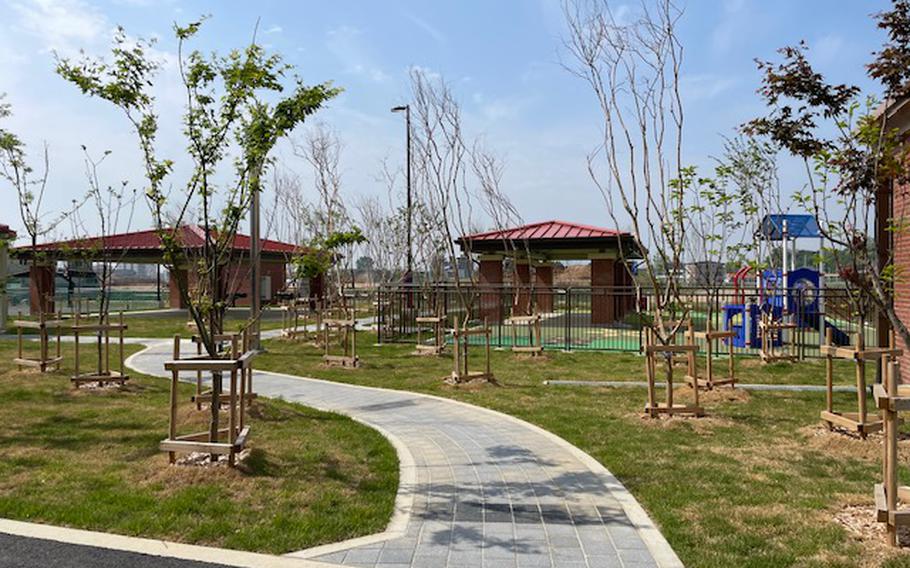 A new housing complex at Camp Humphreys, South Korea, includes three new playgrounds, two of which were designed for children ages 2-5, and an underground parking garage. (Jazzmin Spain/Stars and Stripes)

CAMP HUMPHREYS, South Korea – A soldier and his family were on hand Friday to help cut the ribbon for one of three new housing towers opening soon at the Army’s largest overseas base.

Sgt. Daniel Banda, of the 35th Air Defense Artillery Brigade, his wife and teenage daughter are among the first to move into one of the tower’s 72 apartment units. Altogether, the three buildings – called Britton, Espinoza and Thompson – can accommodate 216 families.

“The schools and commissary are close, and I can get to work with a 3-minute drive, so everything is convenient on top of the brand-new quarters,” Banda said during the ribbon-cutting ceremony.

The 12-story towers have been under construction since 2017. They offer three-, four- and five-bedroom units with climate-control capabilities in each room, tankless water heaters and closed-circuit televisions for security, the Army said. 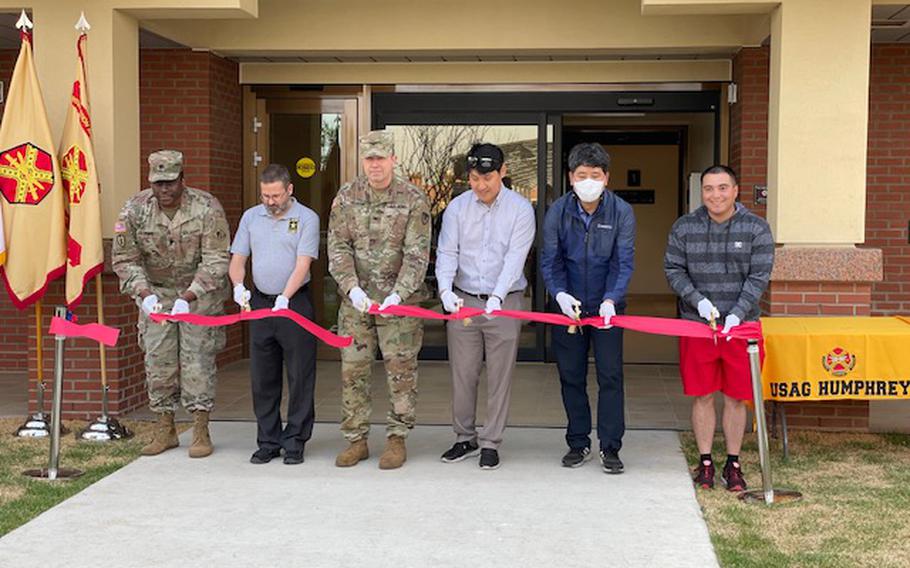 The ribbon is cut on the first of three new housing towers opening at Camp Humphreys, South Korea, Friday, May 13, 2022.  (Jazzmin Spain/Stars and Stripes) 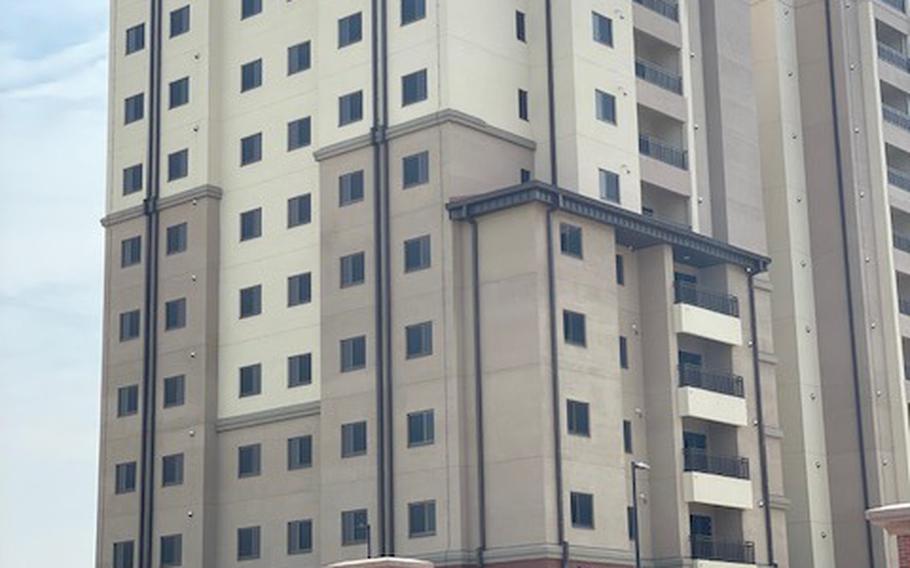 Five percent of the units are ADA adaptable or accessible, according to the Army.

There are also three new playgrounds – two of which were designed for children ages 2-5 – and a shared underground parking garage.

Three more towers under construction nearby and are expected to be completed next year.

“These new facilities bring in a higher quality of living experience for new families coming in,” Col. Seth Graves, the garrison commander, said during the ceremony. “When everything is done, about 40% of our command-sponsored families will live on Camp Humphreys.”

The $135 million complex was funded by the South Korean government. Agencies involved in the project include the U.S. Army Corps of Engineers Far East District, which designed the facilities, and Daewoo Engineering & Construction Co. Ltd.