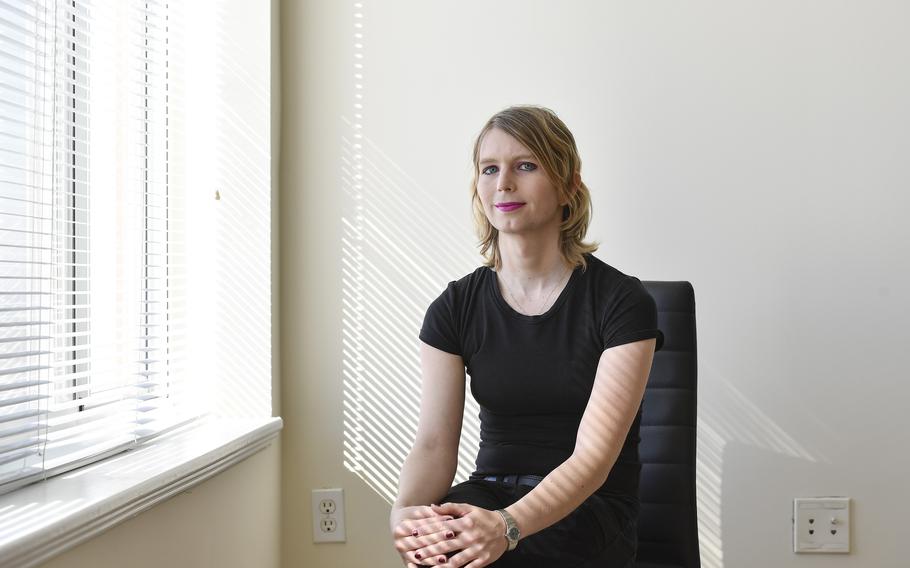 Former U.S. Army intelligence analyst Chelsea Manning has waited four years to visit Canada. But when an invitation from the Canadian government finally came, it turned out that immigration authorities just wanted the chance to physically remove her from the country.

This odd turn of events took place shortly ahead of Manning’s hearing this week before a Canadian immigration tribunal. Manning is contesting a ban on her entering Canada: border agents barred her entrance through a Quebec crossing in 2017, citing her conviction on espionage charges after what The Washington Post called “one of the most notorious leaks of classified documents in U.S. history.”

Last week, attorneys for the Canadian government requested that Manning’s hearing, scheduled for Thursday and Friday, be delayed so that she could attend the proceedings in person instead of via video conference from the United States. They reasoned that should she lose the case, border agents could only remove her from Canada if she were already in the country.

“If [Manning] were physically in Canada when the order was made, the requirement would be that she leave Canada. Given that she is already outside Canada . . . it can be said that the ‘objective’ of [immigration laws] . . . would, de facto, be fulfilled,” she wrote in a decision.

In 2013, Manning was sentenced to 35 years in military prison for passing on a vast trove of classified diplomatic and U.S. military cables to the WikiLeaks website. Her disclosure, later dubbed the “War Logs,” shed light on the civilian casualties committed by U.S. forces, while alleging America ignored accusations of torture and murder in Iraq.

After serving seven years in Fort Leavenworth, Kan., Manning’s sentence was commuted by President Barack Obama in 2017. She was a cause celebre for antiwar and government transparency advocates, while others alleged she put U.S. lives and operations at risk as an attention-getting antic.

Manning later spent 11 months in a detention facility in Alexandria, Va., for refusing to testify before a grand jury investigating WikiLeaks founder Julian Assange. She attempted suicide in jail and was released in March 2020, when the grand jury disbanded.

Lex Gill, a Montreal-based immigration lawyer representing Manning, said in an interview that her client’s video-conference hearing began as scheduled after the Canadian government’s motion was turned down. She declined to give further details on the case, citing ongoing legal proceedings.

During Thursday’s hearing, a point of contention came down to Manning’s decision to divulge sensitive documents. A government lawyer questioned Manning on how she executed the leak while Manning maintained she didn’t jeopardize any U.S. government assets, reported the Canadian Broadcasting Corp.

A 2007 video of a U.S. Apache helicopter firing on civilians in Baghdad, killing several, including two Reuters journalists, was shown during the hearing. Leaking this video, Manning’s lawyer Joshua Blum argued, and the rest of the War Logs was justified by “necessity.”

A final decision on whether Manning can enter Canada is likely to be made in one or two months, her lawyer said.