US gets court boost in fight over Julian Assange’s extradition 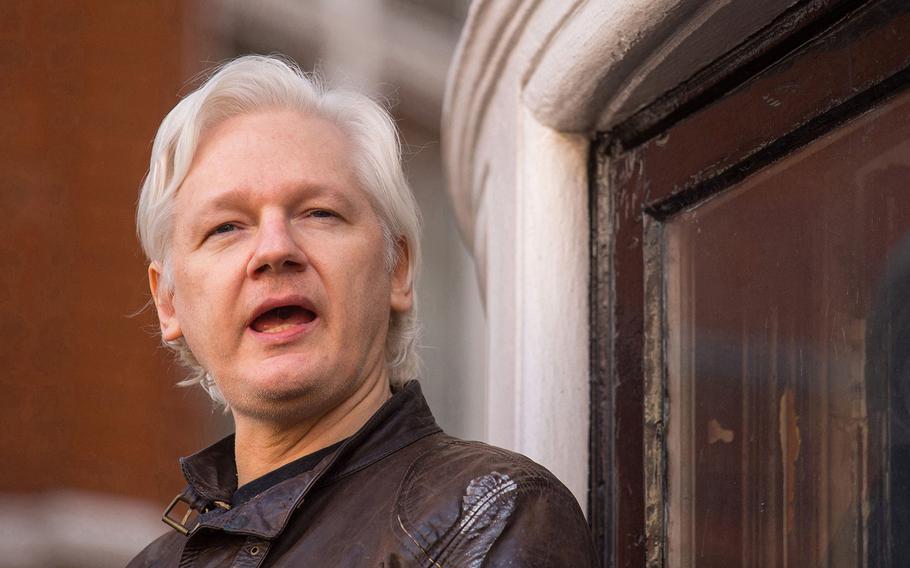 (Tribune News Service) — The U.S. won a bid to expand the scope of its appeal against a London court ruling that Julian Assange can’t be extradited due to his mental health.

The decision at a hearing Wednesday comes after the U.S. last month was granted only limited permission to appeal the ruling and wasn’t allowed to challenge a judge’s assessment of Assange’s risk of suicide.

“It is arguable that more detailed and critical consideration should have been given” when considering the impartiality of an expert witness’s evidence “which contained misleading information” and “significant omissions,” said Timothy Holroyde, the judge in Wednesday’s ruling.

He cited a written statement by one of Assange’s expert witnesses, which failed to disclose that the WikiLeaks founder’ had a partner and two children when assessing the state of his mental health.

The dispute comes after a U.K. judge blocked Assange’s extradition in January, citing the risk of suicide in a U.S. jail. The Australian national remains in a British high-security prison as he’s considered a flight risk. Assange has spent the last decade either in a U.K. prison or in Ecuador’s embassy in London. The U.S. charged him in 2019 with espionage for his role in releasing hundreds of thousands of pages of classified documents via WikiLeaks, with the help of U.S. Army intelligence analyst Chelsea Manning.

In their appeal, lawyers for the U.S. had argued that the evidence wasn’t based on Assange’s current mental state, but rather hinged on predictions of how it may evolve. It was also largely reliant on his own self-reporting of his health, they said.

“There was an obvious need for caution and scrutiny when it came to Assange’s self reports,” said Clair Dobbin, a lawyer for the U.S. “That need substantially increased in this case because of the extraordinary lengths Assange had already gone to” in order to “avoid extradition to U.S.”

“The U.S. government’s handling of the case exposes the underlying nature of the prosecution against Julian: subverting the rules so that Julian’s ability to defend himself is obstructed and undermined while he remains in prison for years and years, unconvicted, and held on spurious charges,” Assange’s partner Stella Moris said in a statement before the ruling.

Last month, the U.S. was allowed to challenge whether the judge applied the law correctly, if she gave the U.S. sufficient advance notice of her decision and whether assurances given by the government mitigate Assange’s risk of suicide.

Since the ruling, the U.S. assured Britain that Assange won’t be held in a so-called supermax jail if extradited and would be allowed to serve prison time in Australia. It also promised to provide Assange with psychological treatment as recommended by a clinician.

A hearing on the substance of the appeal will take place in October.