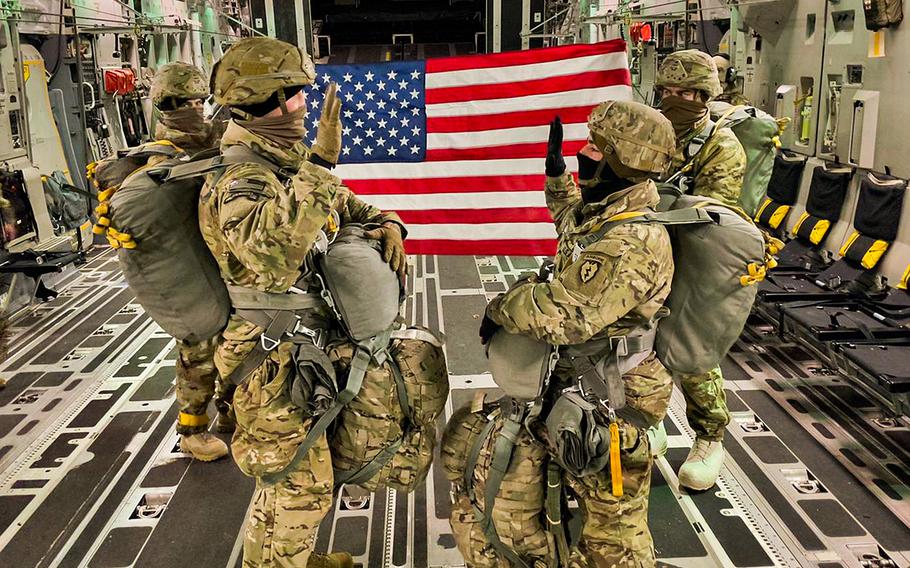 Maj. Travis Young, left, administers the oath of enlistment to Staff Sgt. Jesus Gloria, 4th Infantry Brigade Combat Team, 25th Infantry Division, during a ceremony Jan. 27, 2021, onboard an Air Force C-17 before a nighttime airborne operation at Joint Base Elmendorf-Richardson, Alaska. The Army is reducing soldiers’ reenlistment window from 15 months before the end of the contract to 12 months. (Preston Wilson/U.S. Army)

Soldiers reenlisting in the Army will soon have a one-year window before their contracts expire to do so, instead of 15 months, the service said.

Soldiers also will be able to apply for indefinite contracts earlier in their careers as part of changes to the Army’s retention program that take effect Friday.

The shorter reenlistment window makes it “simple for soldiers, leaders and families to understand when they are 365 days from their [expiration-term of service],” Sgt. Maj. Tobey Whitney, the Army’s senior career counselor, said in a statement Thursday.

The vast majority of soldiers already wait somewhere between eight and 11 months before the end of their contracts to reenlist, Whitney added. 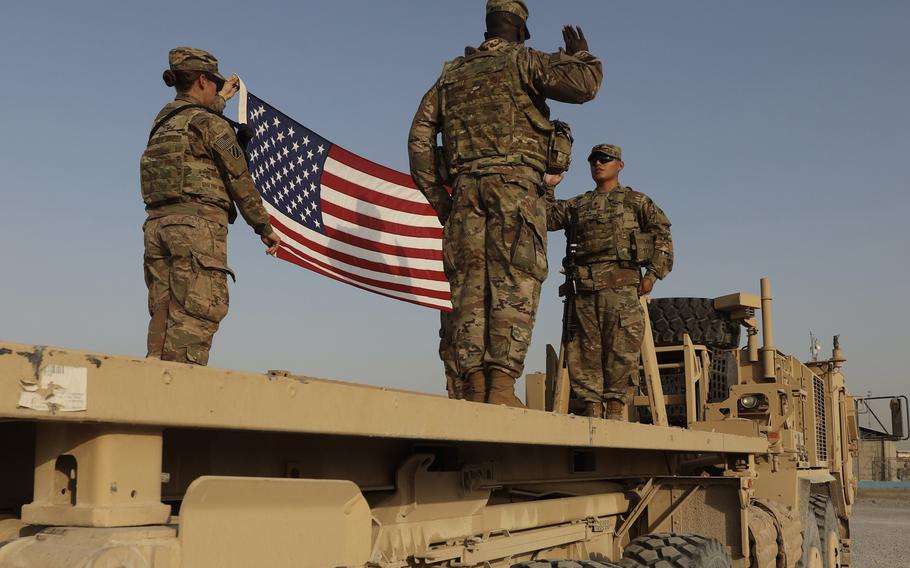 Spc. Manuel Leiva, right, with the 3rd Division Sustainment Brigade, raises his right hand and recites the oath of enlistment administered by Chaplain (Cpt.) Philibert Meyor, during a ceremony at Erbil, Iraq, Aug. 12, 2021. The Army is reducing soldiers' reenlistment window from 15 months before the end of the contract to 12 months. (Aaliyah Craven/U.S. Army)

The 18-month minimum should provide more predictability for units, soldiers and their families, the Army said.

Another change beginning Friday will allow soldiers ranked E-6 or above with a decade or more of active service to be eligible for the Career Status Program. This provides mid-career soldiers indefinite-length contracts, but has historically required a minimum of 12 years of service.

“We found through collected data that staff sergeant and above with more than 10 years of service were required to reenlist at least twice to make it to retirement,” Whitney said in the statement. “That doesn’t seem like a logical solution to keep Soldiers in the Army.”

The change will not alter any of the Army’s voluntary separation policies, Whitney said.