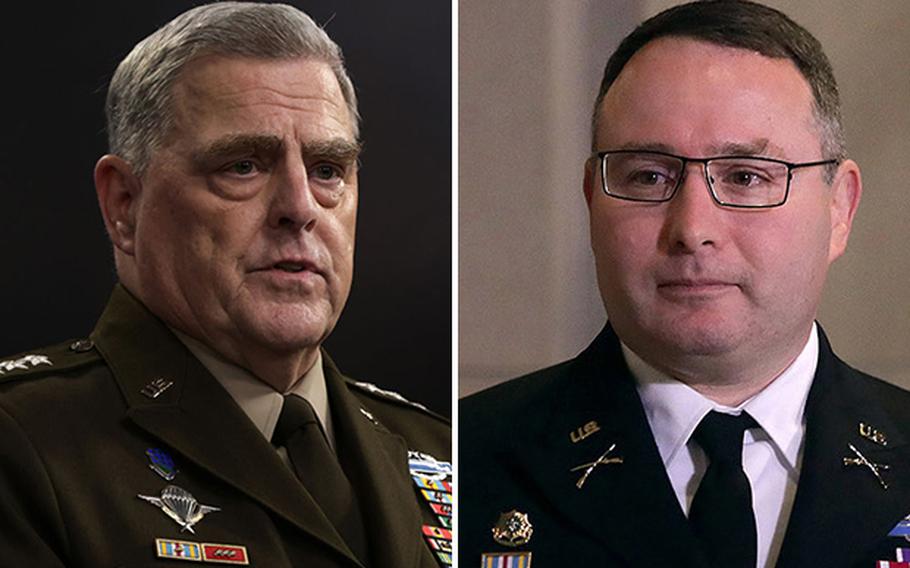 “He usurped civilian authority, broke Chain of Command, and violated the sacrosanct principle of civilian control over the military. It’s an extremely dangerous precedent. You can’t simply walk away from that,” Vindman wrote in a tweet.

Vindman testified against Trump in a House impeachment inquiry into the president’s phone call with Ukrainian President Volodymyr Zelenskyy.

Milley, the top-ranking officer in the military, made two phone calls with his Chinese counterpart in 2020 to assure them that the U.S. would not launch a nuclear strike, according to a new book by Bob Woodward and Robert Costa of The Washington Post.

Republicans, including Trump himself, and conservative media allies have condemned Milley’s actions as “treasonous” and called for Milley’s sacking. Congressional Democrats, meanwhile, have expressed concern that any president is able to unilaterally launch a nuclear weapon without congressional input.

On Wednesday, President Joe Biden said he still has “great confidence” in Milley. White House press secretary Jen Psaki also offered the administration’s endorsement of the top general, continuing that Milley “went through the normal channels of communication” and did not subvert the chain of command.

“The outgoing president of the United States, during this period of time, fomented unrest leading to an insurrection leading to an attack on the nation’s Capitol,” Psaki added, calling the situation “key context” for Milley’s actions.

Vindman, a former National Security Council staffer in the Trump White House, told USA TODAY in August that he believes his duties required him to report on the former president’s actions, regardless of his personal politics or the impact on his career.

In July 2020, Vindman resigned from the Army, citing “bullying” from Trump and other senior aides that pushed him out of his national security role.