VICENZA, Italy — A brigade that lost 82 paratroopers in combat over its four Afghanistan deployments held a memorial ceremony Wednesday for one of them, nearly 16 years after his death.

The 173rd Airborne Brigade paid homage to 1st Lt. Derek Hines, who was 25 when he was shot on a Sept. 1, 2005, mission near Baylough in the country’s southeastern Zabul province.

For the third year in a row, the brigade honored the West Point graduate and hockey star with a 5K memorial run.

In speeches before the run, no mention was made of the abrupt end of the 20-year war, in which 775,000 service members deployed, or of the scramble to rescue tens of thousands of vulnerable Afghans and the U.S. citizens who are still in the country.

But Col. Michael Kloepper, the brigade’s new commander, who deployed seven times to Afghanistan, shared memories from his time as Company B commander of the brigade’s 2nd Battalion, 503rd Infantry Regiment, where Hines served as a fire support officer. It was Kloepper who held Hines in his arms when he died.

The first thing Kloepper said he wanted his soldiers to know was that “Derek was a total badass.”

He told a couple of illustrative war stories. There was the time that the lead truck was hit by an RPG and Hines ran up, pulled out the terrified gunner, got up behind the .50-caliber machine gun “and started shooting at the Tallywackers ... hammering them, hammering them!” Kloepper said.

“It was the sort of thing that, like, ‘who is that guy?’ And that’s why the guys love him. I mean, they loved your brother,” he said to Trevor Hines, who had traveled from his home in New England to Italy for the event.

And there was the day his paratroopers and a cell of insurgents had been shooting at each other for hours when Kloepper noticed Hines crouched among some rocks. 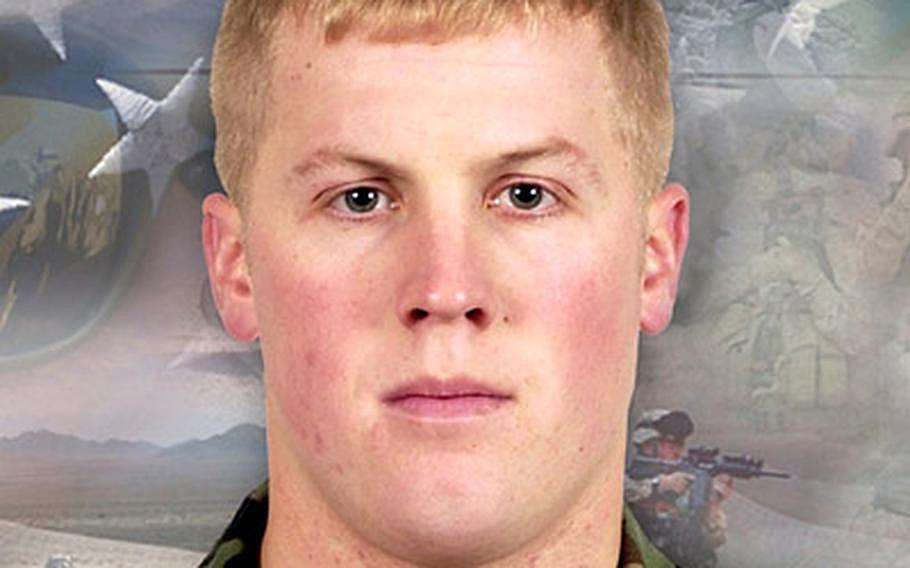 “I can see it like it was yesterday. I said, `Derek, what are you doing?”’ Kloepper said.

“And he just looked up and said, ‘Sir, you’ve got to check this (stuff) out. It’s about to be really amazing.’

“And within like five minutes, we had a low pass of a B-1,” Kloepper said, imitating the whizzing sound of the Air Force heavy bomber.

That was the 173rd’s first Afghanistan deployment, to an area that the Naval Postgraduate School described as the main gateway for insurgent fighters between southern and eastern Afghanistan. The 173rd returned to the east in 2007, losing more than 40 men that year and the next.

In 2009, 173rd paratroopers deployed to an area south of Kabul, followed by a final deployment in 2012 to Logar and Wardak provinces.

In addition to numerous Silver Stars and other high honors, the deployments led to three brigade soldiers, all of whom survived, earning the Medal of Honor. Buy Photo
Paratroopers in the 173rd Airborne Brigade race to the finish line in a 5K memorial run Aug. 25, 2021, at Del Din in Vicenza, Italy. The run was held to honor 1st Lt. Derek Hines, who was killed in action in Afghanistan in 2005. (Nancy Montgomery/Stars and Stripes)

The 5K run honoring Hines came as a collaboration between brigade officers and the Hines family, which set up a foundation after Derek’s death to aid troops and veterans.

They have hosted a fundraising memorial run and party in their Massachusetts hometown for a decade.

Trevor Hines declined to comment Wednesday on the war’s end. But in an undated interview on the website Hope Unseen, he described his loss, grief and bitterness.

“I also wish people knew how hard it is to think about all that Derek could have accomplished in his life,” he said. “I often struggle with the fact that Derek was killed in a land so crooked and evil, so different.”

The last story Kloepper told about Hines — about the day he died — began with a prelude two weeks earlier.

On Aug. 21, 2005, a bomb detonated beneath a wooden bridge as a convoy passed over, killing four brigade soldiers: Spc. Blake Hall; Sgt. Michael Lehmiller; Pvt. Christopher Palmer; and 1st Lt. Joshua Hyland, who was studying for his master’s degree when on Sept. 12, 2001, he joined ROTC, according to The Associated Press.

The mission was to find the leader of the cell that had planted the bomb, Kloepper said. A local man approached the patrol, which in itself was unusual, and said he knew where the cell leader was.

“Well, it’s pretty simple, sir. We got to go get him,” Hines replied. “Not for us, but for the guys killed before.”