Oppongagyare, who was driving a four-door sedan, told agents he was going from Zapata, Texas, to San Antonio. Asked why he seemed to be taking an indirect route, Oppongagyare replied he was following his GPS, officials said.

Then a K-9 unit detected either drugs or humans in the trunk and it was opened, revealing a man and woman from Mexico hiding inside, officials said. They told authorities that they crossed the Rio Grande and paid to be driven from a stash house.

Oppongagyare said he was recruited by someone he met through Saint-Joie and was given $100 for gas with the promise of additional payment when he arrived in San Antonio, officials said.

The man who hired Saint-Joie and Oppongagyare told the soldiers to wear their uniforms to avoid questioning, officials said.

At the time of their arrest, both men were stationed at Fort Hood near Killeen. Saint-Joie was an active-duty member of the U.S. Army and Oppongagyare was in the Pennsylvania National Guard, officials said.

Both could go to prison up to 10 years. 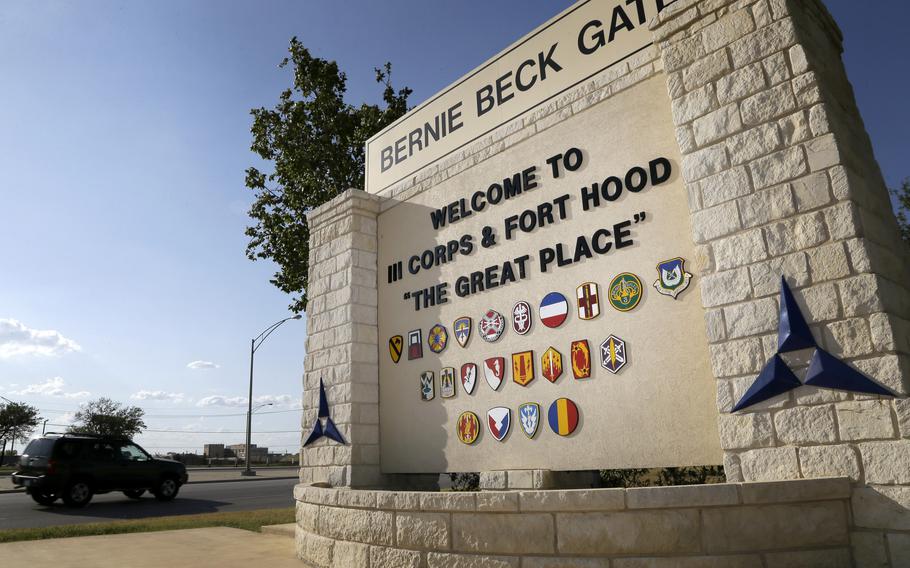 In this July 9, 2013, file photo, traffic flows through the main gate past a welcome sign in Fort Hood, Texas. (Tony Gutierrez/AP)
Justice