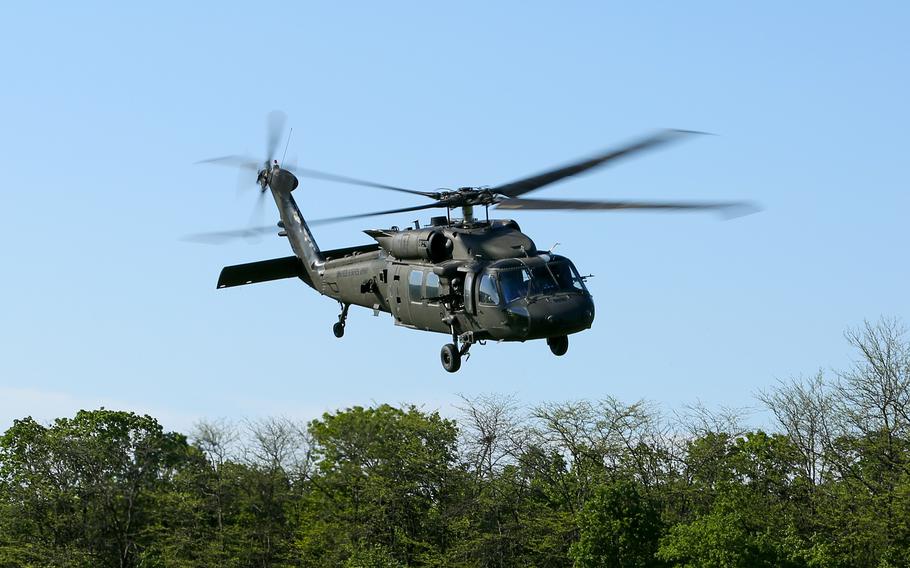 A U.S. Army UH-60 Black Hawk helicopter takes off from the Babadag Training Area, Romania, in May 2021. A Black Hawk was forced to make an emergency landing on a Bucharest street July 15, 2021, after experiencing a mechanical problem, Army officials in Europe and local officials said. (Randis Monroe/U.S. Army)

A U.S. Army Black Hawk helicopter made an emergency landing on a Bucharest street Thursday after experiencing a mechanical problem, Army officials in Europe and local police said.

No injuries were reported in connection with the incident, which involved a Black Hawk belonging to the 3rd Battalion, 1st Aviation Regiment, 1st Combat Aviation Brigade.

The precautionary landing took place at Charles de Gaulle Square in Bucharest, where the aircraft was conducting rehearsals for Romanian Air Force Day, U.S. Army Europe and Africa said in a statement. 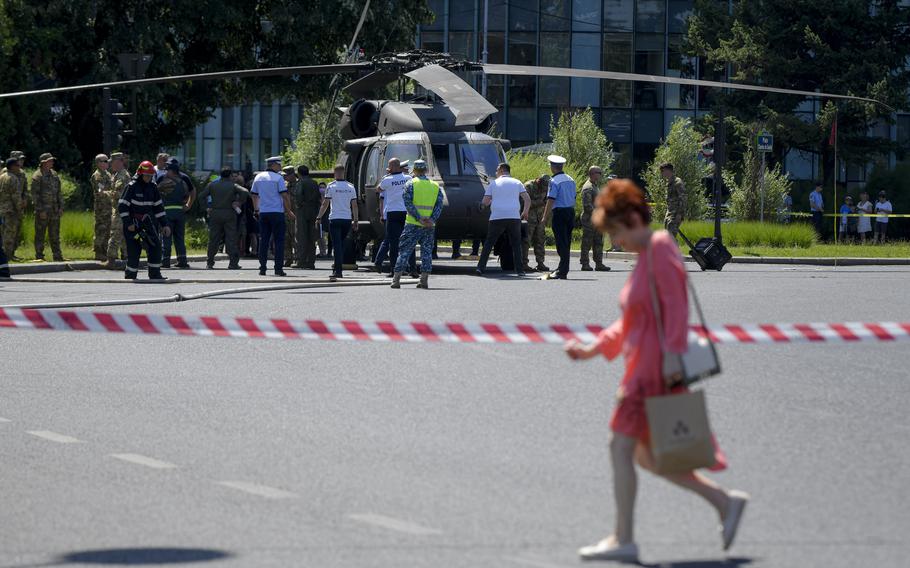 Servicemen walk by a U.S military Black Hawk helicopter following an emergency landing on a busy boulevard in Bucharest, Romania, Thursday, July 15, 2021. A U.S military Black Hawk helicopter that took part in preparations for Romanian Aviation day, which is set to take place on July 20, was forced to land on a busy Bucharest boulevard Thursday morning, damaging two cars after knocking down two lampposts. No casualties were reported. (Andreea Alexandru/AP) 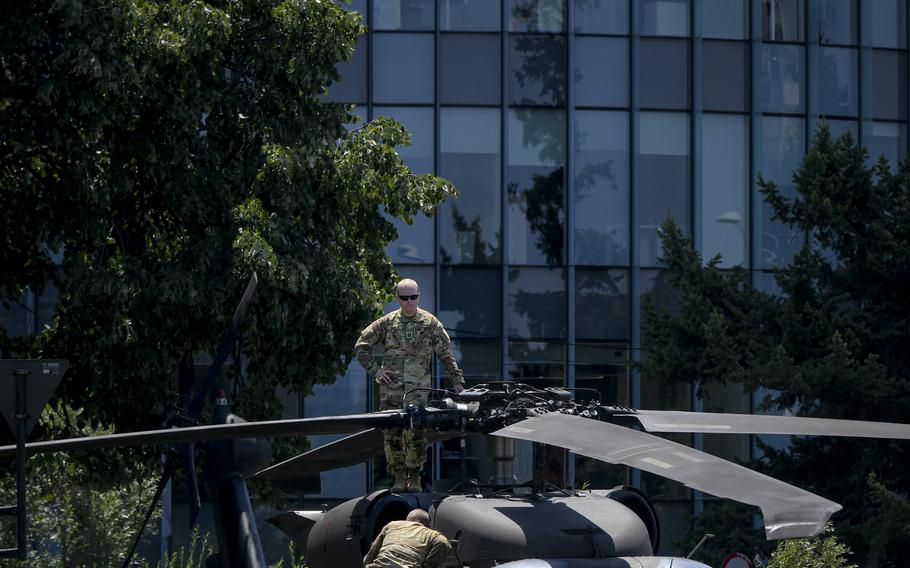 The helicopter signaled it was having technical difficulties, traffic police told the Reuters news agency.

“Due to the expertise of the crew, and the Romanian police officers on the ground, the helicopter landed safely,” USAREUR-AF said.

The site has been secured by police and the aircraft moved to the side of the road. The U.S. is coordinating with the Romanian air force and other authorities to remove the helicopter.

A joint Romanian and U.S. investigation is underway, the Army said.