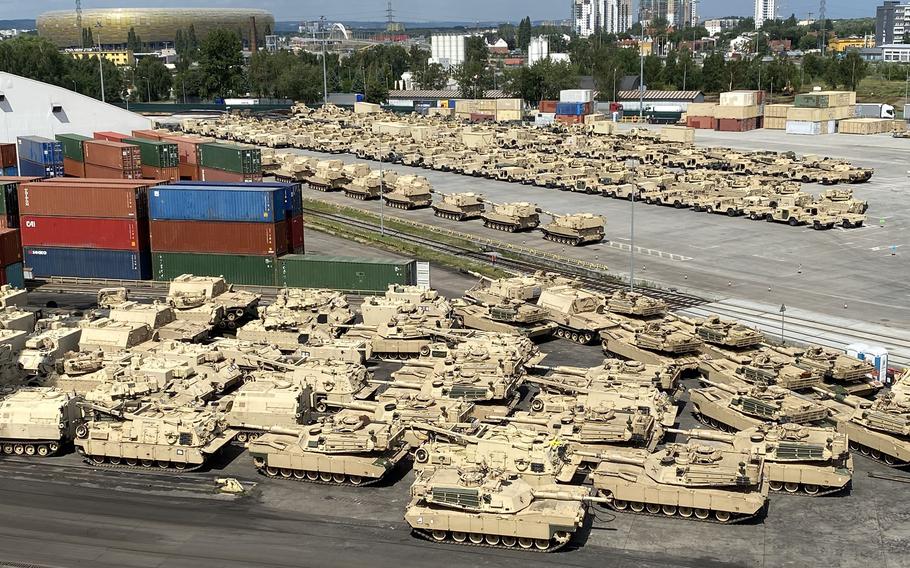 Two Army brigade combat teams will deploy a combined 5,600 soldiers in the summer to ongoing operations in Iraq and Europe, the service announced Tuesday.

About 1,800 troops from the 1st Stryker Brigade Combat Team, 4th Infantry Division, based out of Fort Carson, Colo., will deploy to Iraq to support to Operation Inherent Resolve. The 1st Armored Brigade Combat Team, 1st Infantry Division, based out of Fort Riley, Kan., will send about 3,800 troops to Europe to support Operation Atlantic Resolve.

The Fort Carson soldiers will replace the 256th Infantry Brigade Combat Team of the Louisiana Army National Guard, as part of a regular rotation of forces, the Army said. Operation Inherent Resolve is the mission to defeat the Islamic State terrorist group in Iraq and Syria.

“Our soldiers and leaders have been training hard preparing to answer our nation’s call,” Col. Ike L. Sallee, commander of the 1st Stryker Brigade Combat Team, said in a statement. “We are ready for this mission.”

"The 1st Armored Brigade Combat Team is honored to deploy in support of Atlantic Resolve as a regionally allocated force in Europe,” Col. Brian E. McCarthy, 1st Armored Brigade Combat Team commander, said in a statement. “It is a great privilege to aid in the preservation of peace by showcasing our Army's ability to project readiness across the globe. This brigade’s legacy of fighting and training alongside our European partners began in the fields of France during World War I. We are proud to uphold our dedication to a strong Europe, and once again stand with our allies and partners.”

Army units have conducted nine-month rotations in Europe since 2014, where units conduct multinational training events across more than a dozen countries including Lithuania, Poland, Hungary and Estonia, according to U.S. Army Europe and Africa.